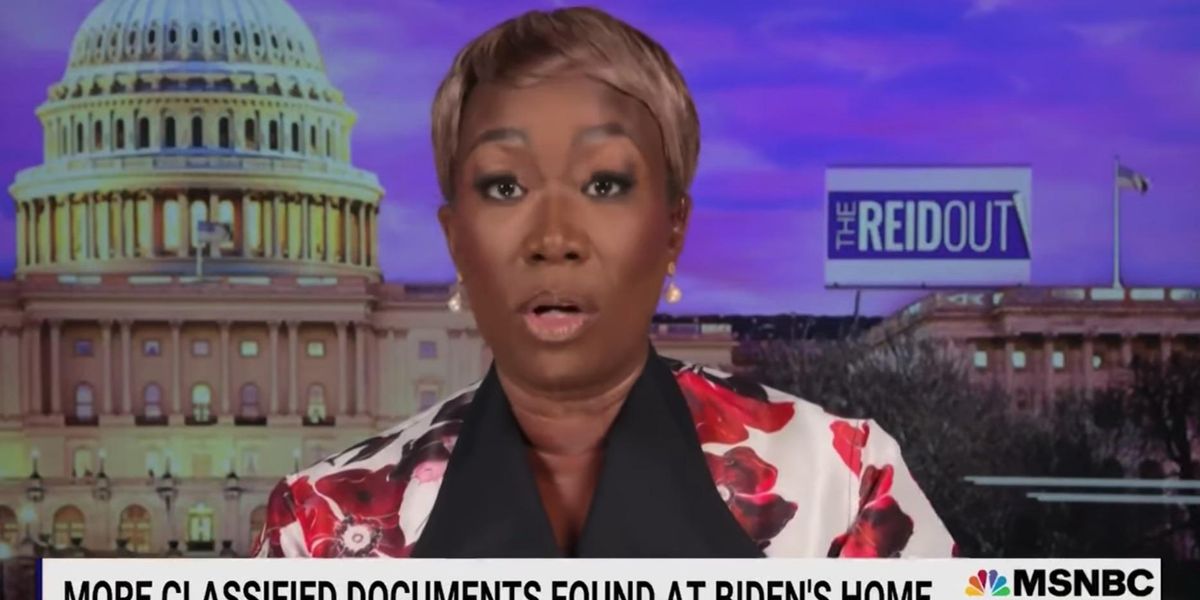 On her MSNBC show, Reid essentially absolved Biden of wrongdoing and claimed that former President Donald Trump, his “seditious exit” from office, and Jan. 6 are the only reasons why Biden’s improper retention of classified documents is even a story.

Using a metaphor, Reid said Biden is merely guilty of “misplacing a friend’s car keys” while Trump is guilty of “stealing their car.”

The problem with Reid’s assertion is that she is assuming the motive in both cases. On one hand, Reid is regurgitating Biden’s claim that the documents were inadvertently retained. But in Trump’s case, she assumes Trump retained classified documents with criminal motive.

Indeed, Reid’s analysis demonstrates a lack of journalistic integrity. Instead of asking critical questions about why Biden retained classified documents, she simply engaged in a game of “whataboutism,” whereby she absolved Biden because he retained fewer documents than Trump. Moreover, she is not curious to know why the White House hid the second discovery of documents when it admitted to the first or how even more documents were discovered just last week.

“This is all about revenge for the search of Mar-a-Lago,” she claimed.

“At the end of the day, we could do a whole media segment on the idea of trying to be really aggressive when it’s a Democrat to balance out what people feel like, ‘well, maybe it’s something unfair,'” she later said. “No, Donald Trump really did the things. He really actually did the things. That’s why we do these stories, not because we have something about Donald Trump.”

Reid was specifically responding to House Oversight Committee Chairman James Comer saying on Sunday he is greatly concerned about the “discrepancy” between how the government treated Trump versus how it is treating Biden, referring to the Justice Department allowing Biden’s team to search his properties for at least two months after the discovery of classified documents at his private office in early November.

NBC’s Todd Dismisses FBI Targeting of Parents, Jim Jordan Educates Him
Sen. Ted Cruz Says FBI Should Search Hunter Biden’s Home for Classified Docs
Utah Becomes First State To Ban Gender Surgeries and Hormones For Trans Youth In 2023
The part of the Tyre Nichols story that they leave out
‘His art gives us hope’ Art dealer claims Hunter Biden ‘will become one of the most consequential artists in this century’