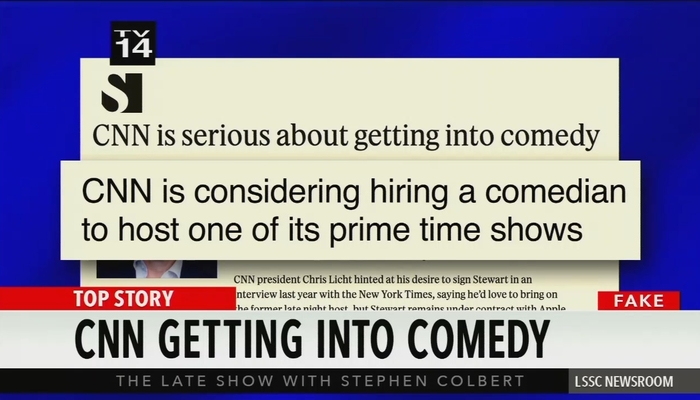 CNN’s new boss, Chris Licht, is looking to counter the narrative that late night comedy is dying by bringing a comedian to the network’s primetime lineup, Semafor reports.

Max Tani reports that, “CNN executives have floated names including Bill Maher, Trevor Noah, Arsenio Hall, and Jon Stewart, and have looked at other comedic news-focused talk shows for inspiration.”

Tani writes that of these names, Maher is probably the most realistic hire as Noah recently stepped away from The Daily Show, Stewart remains under contract by Apple, and despite having previous late night experience, Hall is not a serious candidate. CNN has already been in talks with Maher to use his Overtime segments. Both CNN and HBO are owned by Warner Bros. Discovery.

FNC’s Gutfeld! dominating the traditional late night hosts may be another reason why Licht may seek to bring a comedian on board, according to Tani. But hiring simply another liberal would not make CNN stand out against its competitors like Gutfeld does and whether Maher could be accepted by the more politically correct CNN is an open question.

Licht hiring another liberal also challenges Licht’s own stated desire to make the network less partisan because there is no reason to believe CNN’s comedian will be less liberal than ABC, NBC or CBS’s.

CNN has some experience in the late night comedy arena. It was not a good experience.  D.L. Hughley Breaks the News lasted only 16 episodes from 2008-2009 and is infamously remembered for that time Hughley said of the 2008 Republican National Convention, “It literally look[s] like Nazi Germany.”

Hughley will also be guest hosting The Daily Show from January 30 through February 2.

If CNN does follow through and hire a comedian, they certainly will have plenty of material.