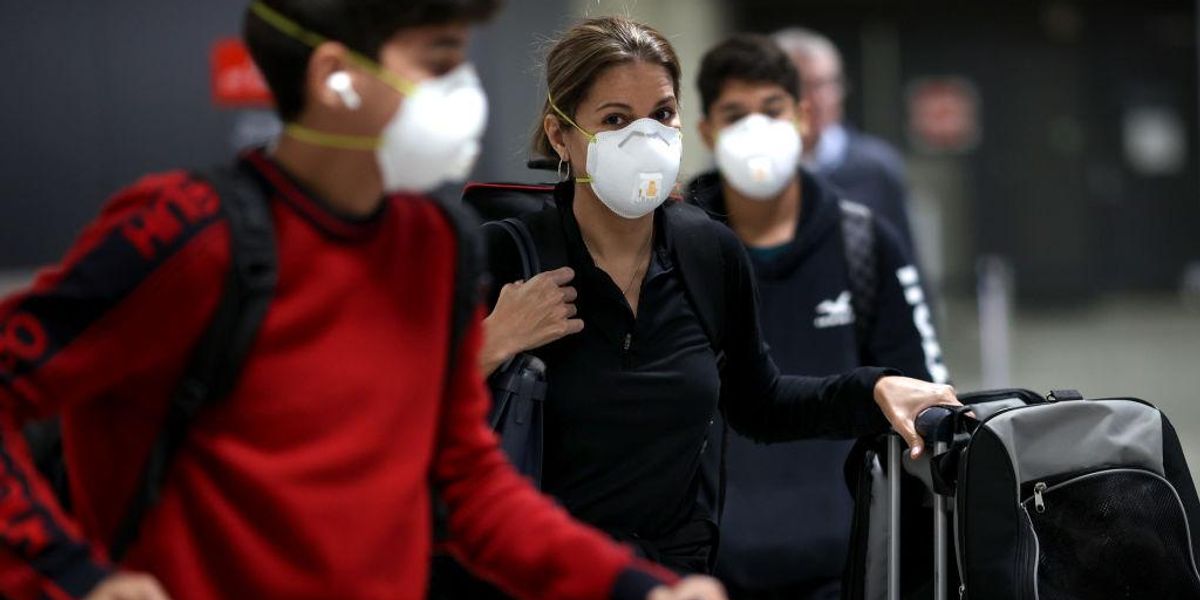 On Tuesday, the Biden administration’s Depart of Justice appealed a previous federal ruling that found it unlawful for the Centers for Disease Control and Prevention to implement a nationwide mask mandate on public transportation, Reuters reported.

The mandate, which the Biden administration issued in January 2021, required passengers to wear masks on airplanes, trains, buses, and rideshares and while visiting transportation hubs, including airports and train stations.

In April 2021, District Judge Kathryn Kimball Mizelle of Florida ruled that, under the Administrative Procedure Act, the CDC lacked the legal authority to issue a federal mask mandate and failed to provide an opportunity for the public to comment.

According to court documents, the mandate “exceeded the CDC’s statutory authority, improperly invoked the good cause exception to notice and comment rulemaking, and failed to adequately explain its decisions.”

At the time of the ruling, the Justice Department stated, “The Department continues to believe that the order requiring masking in the transportation corridor is a valid exercise of the authority Congress has given CDC to protect the public health. That is an important authority the Department will continue to work to preserve.”

The DOJ presented arguments to the Eleventh Circuit Court of Appeals on Tuesday to persuade the court to reverse the April 2021 decision.

According to the DOJ’s lawyer, Brian Springer, the CDC has the authority to issue mandates during a pandemic emergency without first seeking public comment. Springer stated that quickly implementing the order was necessary “to prevent the possible infections and deaths that could result if people didn’t do the simple thing of just putting on a mask while they were traveling.”

The Health Freedom Defense Fund, an advocacy group that initially filed the suit against the Biden administration in July 2021, argued that the mandate “lacks not only any rooting in federal statutes, but it also violated existing federal law in how it was promulgated. The mandate also suffers from an inconsistent application of sound science.”

“The Biden administration is trying to paper over an illegal, sweeping mandate on Americans that is full of massive legal and scientific holes,” HFDF founder and President Leslie Manookian said of the administration’s attempt to appeal. “That a federal agency should be able to just usurp the power of Congress, and violate fundamental individual rights is not only at odds with the law – it defies basic common sense.”

The DOJ continues to battle for the CDC’s ability to issue sweeping mandates despite Biden declaring in a September CBS interview that the pandemic was “over.”

“The pandemic is over. We still have a problem with COVID. We’re still doing a lot of work on it,” Biden stated.

While attending a Detroit Auto Show, Biden said, “If you notice, no one’s wearing a mask, everybody seems to be in pretty good shape.”