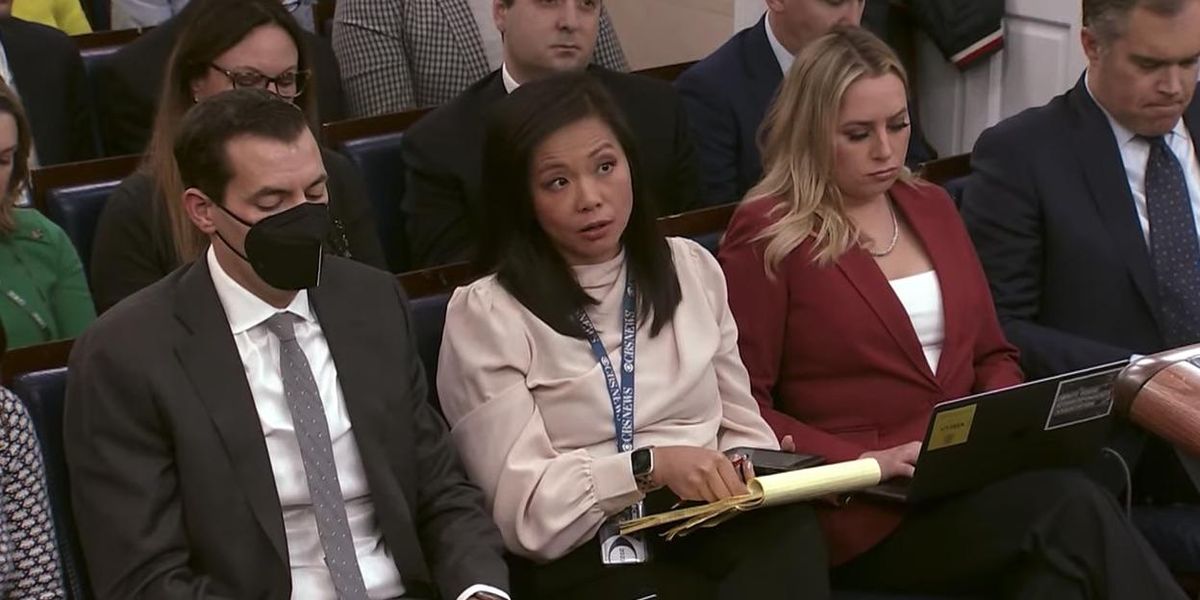 The press secretary has claimed she is not divulging details about the discoveries of classified documents to avoid interfering with the Justice Department’s investigation. But Jiang quickly exposed the hole in that claim.

Jean-Pierre did not answer. Instead, she deferred to the White House counsel’s office.

In response, Jean-Pierre admitted that she is not going to provide substantive answers.

Earlier in the briefing, NBC News reporter Peter Alexander called out the White House for attacking Republicans over concerns about Biden’s actions.

“Why shouldn’t Americans be outraged about classified documents being found in a garage?” Alexander asked Jean-Pierre.

After she dodged the question and regurgitated the Biden administration’s narrative that absolves Biden of wrongdoing, Alexander pressed further.

“Why shouldn’t Americans be upset about documents found in a garage?” he asked again.

But instead of answering the question, Jean-Pierre tried to shift away from the classified documents by downplaying how concerned Americans are with Biden’s mishandling of them. Instead, she said, Americans care about the economy.

What is the WH saying?

On Monday, the White House went on the offensive and attacked House Republicans for vowing to investigate Biden.

Sams doubled down on Tuesday, accusing Republicans of “political stunts and theater.” He also charged that Republicans are “faking outrage” because “they defended the former president’s actions.”

Sams, however, did not cite any Republican lawmaker who defended Trump’s improper retention of classified documents and his alleged refusal to return the documents.