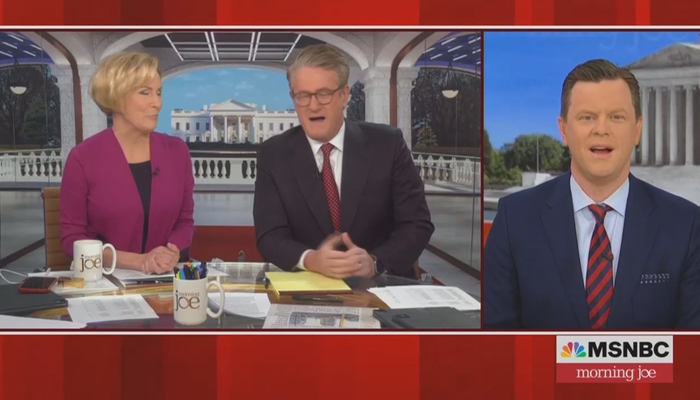 Is Don gonna make Ron an offer he can’t refuse? Or maybe just cut to the chase and have him whacked?

That’s what Joe Scarborough seemed to suggest on today’s Morning Joe. Reacting to Trump having said that if Ron DeSantis runs against him, “we’ll handle that the way I handle things,” Scarborough said:

Mika Brzezinski, ever Joe’s faithful echo, agreed: “former President Trump, with what sounded like a threat.”

Really? Let’s consider the history of how Trump “handles things” when dealing with political opponents.

To date, there have been no reports of any opponent disappearing after Don invited him on a fishing outing. Nor have any turned up in a concrete bridge foundation. 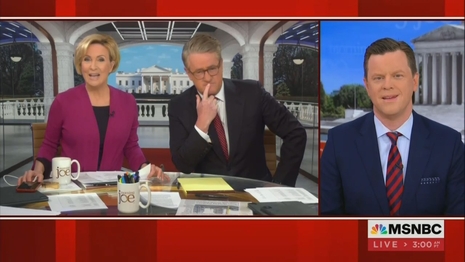 Instead of ordering hits, Trump’s MO has consisted of . . . calling his opponents funny or insulting names.

Not exactly how the Godfather or Tony Soprano used to “handle things.”

The liberal media has a habit of calling Trump a “mob boss, as here, here, and here. Scarborough now accusing Trump of making a “mob threat” takes things to an ugly new level.

But hey! This is the liberal media. No prob with implying that an announced Republican presidential candidate might be threatening to murder an opponent!

Note: Mika and Joe also mentioned Trump’s recent criticism of evangelicals, after he previously blamed the GOP’s underperformance in the midterms on pro-lifers overdoing the abortion issue.

“Some of these prominent evangelical leaders who backed you last time, they’re not yet willing to commit,” David Brody of the Christian Broadcasting Network told Trump in an interview for Real America’s Voice on Monday. “It seems like many of them are waiting to see how the field takes shape before backing anyone. What is your message to them?” Trump replied: “Well, I don’t really care….That’s a sign of disloyalty. There’s great disloyalty in the world of politics.” Some of them are gravitating toward Mike Pence.

Trump also accused evangelicals of not fighting hard enough during the midterms.

On Morning Joe, the mob-boss talk was sponsored in part by Abbvie, maker of Ubrelvy, Liberty Mutual, United Health Care, and Subway.

DONALD TRUMP: I endorsed Ron, and Ron, instead of dropping out of the race, he went to the head of the race by a lot. I think up to 71 or something like that. From three to 71 in one night.

I got him elected. Pure and simple. Now I hear he might want to run against me. So, we’ll handle that the way I handle things.

But actually, when you look at how he handles things —

MIKA: It’s losing. Former President Trump, with what sounded like a threat when talking about a potential 2024 matchup against Florida Governor Ron DeSantis.

SCARBOROUGH: I threaten to run against you and lose.

MIKA: Trump also had some strong criticism for an influential conservative group helped him win the White House back in 2016.

MIKA: Who could have saw this coming?

Armed thug picks wrong man to rob on Chicago train — a concealed carrier who pulls out his own gun and shoots suspect
Mass murder in California leaves at least 10 dead, numerous others injured — suspect remains at large
Growing Backlash Against DeSantis’ Decision to Block the Teaching of an African Studies Class
REPORT: A Surprising Number Of Antifa Members Are White Children Of Privilege
Scarborough PRAISES Biden Spokesman for Stonewalling Mika on Classified Documents!