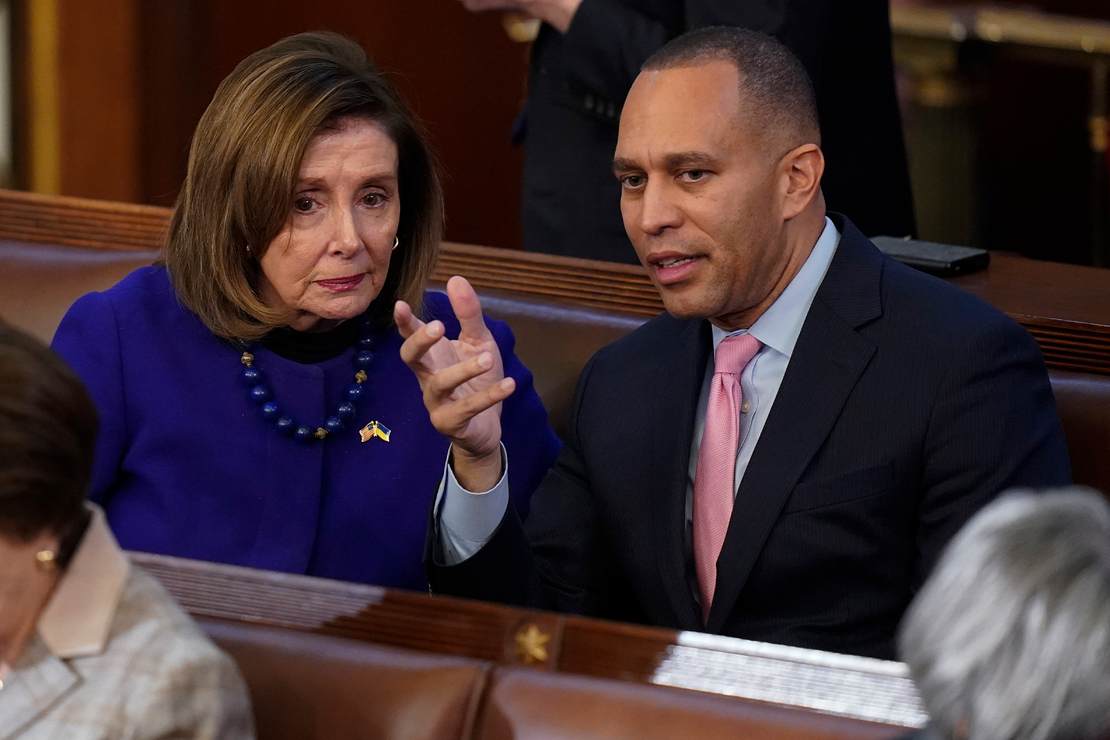 Earlier this month, House Speaker Kevin McCarthy confirmed that Reps. Adam Schiff (D-Calif.), Eric Swalwell (D-Calif.), and Ilhan Omar (D-Minn.) will not get seated on any committees, following through on a promise he made repeatedly over the past couple of years.

But the Democratic Party isn’t happy about it and seems ready to go to the mattress.

“Reps. Marjorie Taylor Greene (R-Ga.) and Paul A. Gosar (R-Ariz.), who were removed from their committees in the last Congress by Democrats, have been given two committee assignments each. Both will sit on the House Oversight Committee, which is expected to launch several investigations into President Biden, his administration, as well as his son, Hunter Biden,” notes the Washington Post. “Republicans’ next move is expected to be denying Democratic Reps. Adam B. Schiff (Calif.) and Eric Swalwell (Calif.) seats on the House Intelligence Committee, and seeking to kick Rep. Ilhan Omar (D-Minn.) off the Foreign Affairs Committee.”

According to the report, House Minority Leader Hakeem Jeffries (D-N.Y.) is still expected to nominate Schiff to be the top Democrat on the House Intelligence Committee, potentially leading to a heated showdown between the Republican and Democrat caucuses over the weaponization of committee assignments — a precedent set when Pelosi and the Democrats stripped Reps. Greene and Gosar of their committee assignments. Greene lost her assignments over past comments she had made, and Gosar was censured from his assignments over a video he tweeted.

The justification for doing so was dubious, and Republicans warned at the time that the Democrats were setting a bad precedent by showing that the majority party could punish a member of the minority party by taking away their committee assignments.

The arguments against assigning these Democrats to committees are, without a doubt, more convincing than the ones used to remove Greene and Gosar. Schiff shamelessly promoted the discredited Steele Dossier and has falsely claimed to have seen intelligence that proved Trump colluded with Russia. Omar frequently makes openly anti-Semitic statements, and Swalwell cheated on his wife with a Chinese spy.

“Swalwell can’t get a security clearance in the private sector. I’m not going to give him a government security clearance. Schiff has lied to the American public,” McCarthy said a couple of weeks ago. “We will not allow him to be on the Intel Committee either.”

“It’s not like it’s anything new,” McCarthy added. “Remember, this is what Nancy Pelosi — this is the type of Congress she wanted to have.”

While it appears the Democrats are going to fight McCarthy on the committee assignments issue, I sincerely hope he holds firm and puts the onus back on them to stop politicizing and weaponizing everything they touch. Pelosi broke precedent by booting Greene and Gosar from their committees, and McCarthy is only playing by the rules she made. If the Democrats don’t like it, it’s on them to make amends. But if McCarthy caves, the Democrats win.