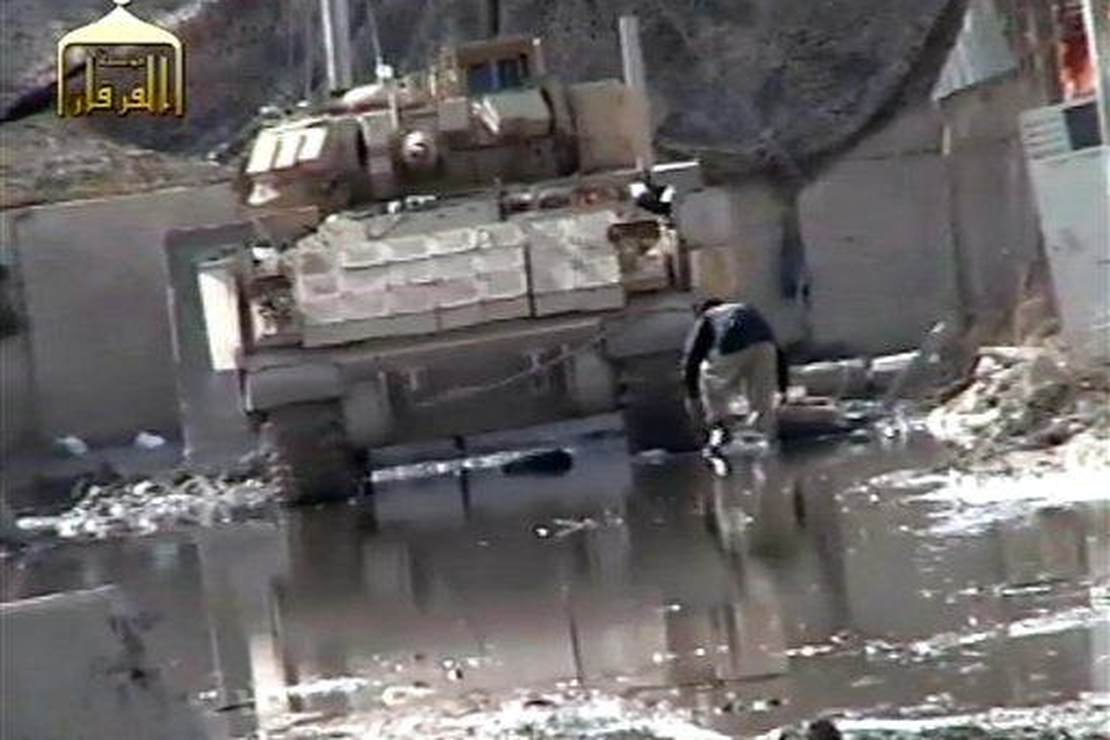 On Friday, the United States and its NATO allies will meet at Ramstein Air Force Base in Germany to discuss aid for Ukraine. It’s going to be one of the most significant of these monthly meetings, featuring each country’s military chief and civilian defense secretary.

For Ukraine, victory may come down to what’s decided during the meeting. Ukraine had a goal of receiving heavy armor from the west to counter Russia’s advantage on the battlefield, and it appears now that their goal is about to be realized.

Great Britain has offered a dozen of its Challenger tanks, but what Ukraine really wants are the German-made Leopard 2 tanks and the American M1 Abrams tanks.

The sixty-ton Abrams could chew up anything the Russians send, while the Leopard 2 would give the Ukrainian army an advantage in speed and maneuverability. But the U.S. is balking at sending any M1s to Ukraine because they’re very difficult to maintain (the Abrams has a modified jet engine) and use highly specialized fuel. There is a real worry that only American technicians can maintain them, and sending American maintenance personnel to Ukraine might make them a target.

But Germany is not going to send any Leopards or authorize the export of any tanks unless the U.S. sends its own tanks to Ukraine. German Chancellor Olaf Scholz wants political cover since even Joe Biden knows that sending sophisticated, modern western tanks to Ukraine might very well be a red line for Putin and result in a serious confrontation.

But it’s expected that by the end of this meeting, Scholz will have dropped his opposition to sending the Leopards, and Ukraine’s military will get a huge boost.

Whether the United States sends tanks is important, but the rest of this huge military aid package will also up the ante for the Biden administration because some of the weapons they’re sending could hit Crimea and even Russian soil.

The package will likely include a number of Strykers, an eight-wheeled armored fighting vehicle built by General Dynamics Land Systems, as well as ground-launched Small Diameter Bombs, which have a range of roughly 100 miles, two of the people said. POLITICO first reported last week that the Pentagon was considering sending Strykers in the upcoming tranche of aid. Reuters first reported that Boeing-made Small Diameter Bombs were under discussion.

This package will not include the long-range Army Tactical Missile System that can reach deep behind Russian lines in Crimea or the Donbas, according to two of the people. The Biden administration has balked at sending long-range munitions, despite Kyiv’s pleas, for fear of provoking Russian President Vladimir Putin.

The ATACMS is considered an offensive missile system with a range of 190 miles. That would leave a huge swath of Russian territory open to attack by Ukraine if they were to receive it.

Related: The Other Invasion of Ukraine May Be Far Worse Than Russia’s

And with each step we take to “help” Ukraine, we take a step toward provoking Vladimir Putin into doing something rash. Perhaps instead of assisting Ukraine in starting World War III, we should start using this military aid as leverage to force Kyiv to negotiate.

Admittedly, this is not quite the time for that. But given what Ukraine will be getting from other western nations in this latest round of military aid, Russia is going to be challenged on the battlefield like never before.

The U.S. previously announced it will be sending 50 Bradley Fighting Vehicles to Kyiv. Meanwhile, Russia announced they’re drafting another 500,000 men, and Russia’s military is holding joint exercises with Belarus. Ukraine says it has received intelligence that Putin wants to make another effort to capture Kyiv — a curious goal, given that it wouldn’t demoralize the Ukrainians, only stiffen their resistance.

It will take at least 90 days for Ukraine to receive the armor, get their men trained up on it, and deploy them for battle. That means it won’t be until at least the muddy, rainy month of April before any offensive employing the new armor can get underway.

It’s going to be a bloody spring for both Ukraine and Russia.