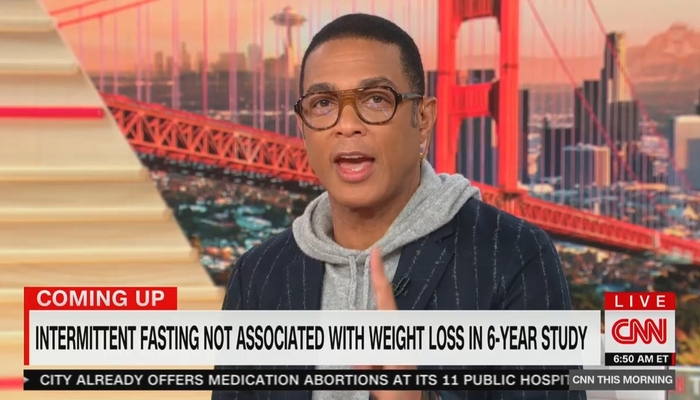 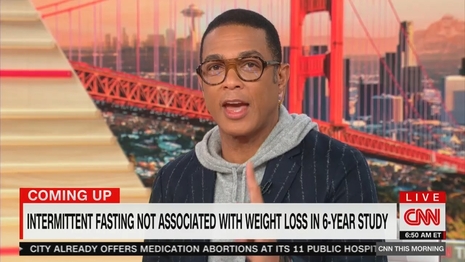 MSNBC’s Joe Scarborough has angrily ranted against Donald Trump the “fascist,” so why is he now saying he’s the veritable Muhammad Ali of GOP contenders? He’s suggesting Gov. Ron DeSantis should skip the “meat grinder” and run for president some other year. If Trump’s a fascist, why would MSNBC want him to be the GOP nominee again? How did that logic work out in 2016?

And why did CNN’s Don Lemon attempt to wear a hoodie with a suit jacket on morning TV? He thinks he’s a fashionista, but Stephen Colbert torched him on late night, asking how he could report tragic news in that, because “what could be more tragic than that look?” CNN This Morning kind of humiliated Lemon by replaying the routine, and then letting Lemon offer a rebuttal comparing himself to Barack Obama, Travyon Martin, and John Fetterman.

Mark Finkelstein joins the show to discuss his takes on these events based on his years of experience on the AM news-busting beat. Mark’s been writing for NewsBusters since its first year, 2005, and he especially targets Morning Joe.

Enjoy the podcast below or wherever you listen to podcasts. Mark wanted you to remember you can go to MRCCruise.com for more information on our European cruise this summer.

WATCH: DirecTV Drops Newsmax Months After Getting Rid of OAN
Garage-gate: What Does Kamala Harris’s Silence Mean?
Netflix will start cracking down on people who share their passwords this quarter
Department of Justice finds more classified documents at Joe Biden’s home in Delaware
Critics blast Klaus Schwab, WEF for trying to “master the future” with global enslavement agenda