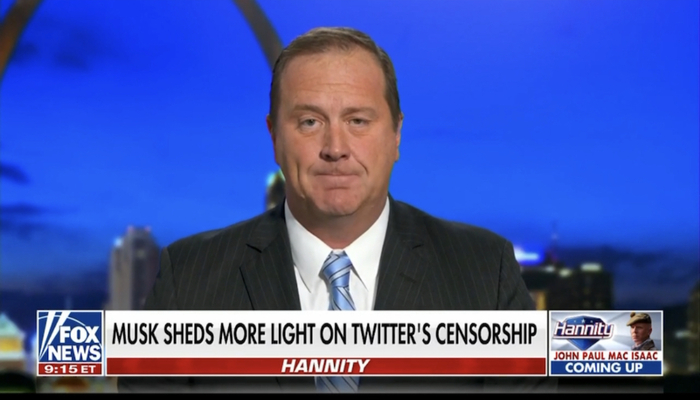 Outgoing Missouri Attorney General and freshman senator Eric Schmitt called the First Amendment the “beating heart of the Constitution” as he vowed to Fox News to continue fighting for free speech. 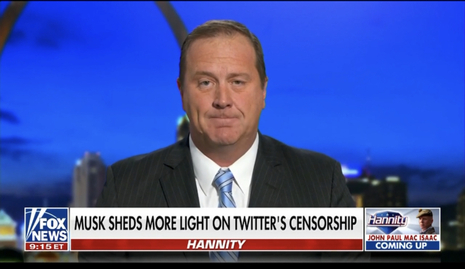 Schmitt uncovered what he called a “vast censorship enterprise” through a May 2022 lawsuit he filed as attorney general for the state of Missouri with Louisiana Attorney General Jeff Landry. The lawsuit against the Biden administration and various government officials alleges Big Tech-government collusion to censor Americans and cited original MRC Free Speech America research using our exclusive CensorTrack.org database. Schmitt isn’t done championing free speech as he becomes senator, though.

“I firmly believe that the First Amendment is a beating heart of the Constitution that protects fundamental human expression,” Schmitt told Fox News Digital, reiterating what he said on Fox host Sean Hannity’s show. “And in this country, we believe in individual rights, and we believe that people can speak their minds without the government or the regime censoring them or telling them what they can say and can’t say.”

Schmitt is committed to that belief. “So I’m going to take that same fighting spirit for the Senate, wherever it leads,” Schmitt stated.

Committee assignments will not be announced until after the Senate convenes Jan. 23, but Schmitt vowed he’ll use his assignments to protect free speech. “Whatever committees I’m on, whatever legislation, that is going to be an essential thing to protect those individual rights and freedoms and go after overzealous and overbearing and overreaching federal government.”

Schmitt also objected to America’s vast unelected bureaucracy. “I think we need to fundamentally dismantle the administrative state. The founders never intended a bunch of unelected folks to have this much power and not be accountable to anyone,” he insisted.

The new senator has experience taking on the bureaucracy. Officials and government departments that were sued or served with discovery requests as part of his lawsuit as attorney general include: National Institute of Allergy and Infectious Diseases director Dr. Anthony Fauci, Surgeon General Dr. Vivek Murthy, the Centers for Disease Control and Prevention, the Department of Homeland Security, and others.

Ultimately, Schmitt suggested he is ready and eager to start taking on the federal government and bureaucracy with the same zeal he had in taking on the Biden administration and Big Tech. “I’m gonna always keep in mind the voters who sent me here and what they wanted. They wanted a fighter. They wanted a champion for the things that they care about in Missouri,” Schmitt said.

Conservatives are under attack. Contact your representatives and demand that Big Tech be held to account to mirror the First Amendment. If you have been censored, contact us at the Media Research Center contact form, and help us hold Big Tech accountable.