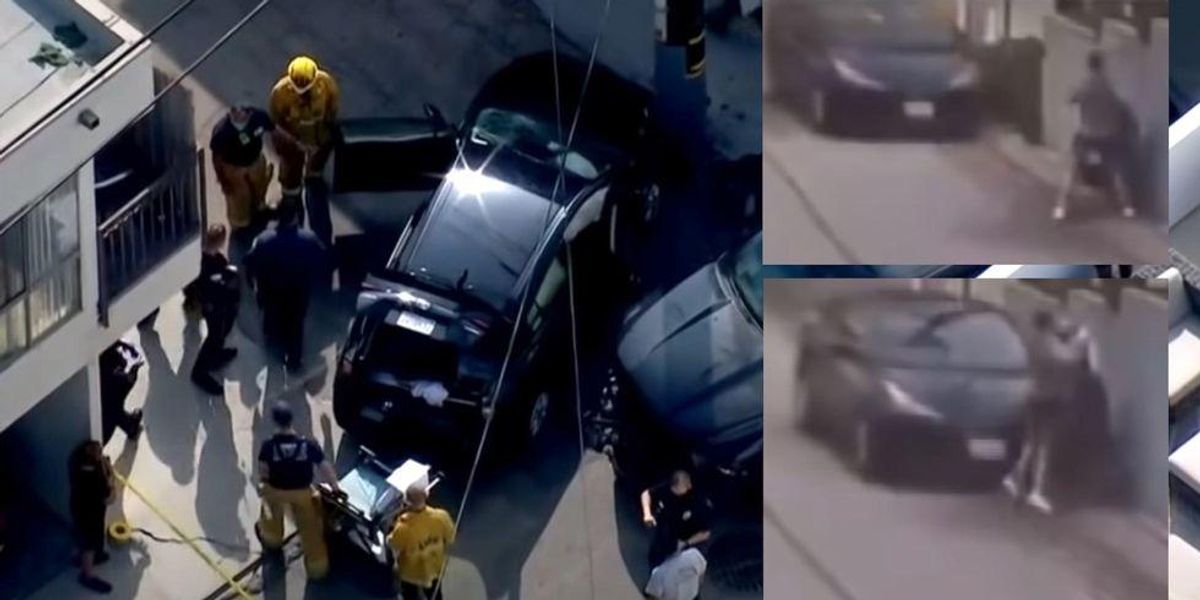 A teenager who rammed his car into a mother and her baby and received a light sentence was murdered in Los Angeles County on Wednesday.

Video showed the mother jogging and pushing a stroller down an alley in the city of Venice when a car runs into her. A bystander driving a truck crashed into the car to stop it, and other witnesses kept the suspect at the scene until police arrived.

The hit-and-run case from August 2021 led to national outrage after the George Soros-backed district attorney of Los Angeles County defended the lenient sentence given to the boy, who was 15 years old at the time.

Kristopher Baca, whose identity had not been previously released because of his age, was shot in the driveway of a home on 11th Street East at about 8:30 p.m. Sources told Fox News that Baca had been trying to flirt with a girl at a restaurant. After he walked off, a vehicle pulled up next to him and a passenger fired gunshots at the teen, killing him.

The mother told Fox News that she was relieved, but also saddened, by the death of the teenager who drove into her and her child.

“The universe delivered the justice we weren’t given in court, but a much harsher punishment than he’d have been dealt in a court of law,” she said.

In her testimony before the court, she said that in the moment of impact that she believed her 8-month-old baby had died.

“I thought those were the last moments of our lives,” she said. “We were dead. That feeling, along with the memory of a car accelerating directly into us, will haunt me forever.”

The teenager, who had been under the influence of drugs during the attack, only received 5 to 7 months in juvenile detention due to the lax prosecution guidelines enforced by progressive DA George Gascón.

Gascón’s office justified the sentence at the time by saying that it was based on the “facts and the law.”

Victim outraged over sentence of juvenile who hit her and her infant with his vehiclewww.youtube.com