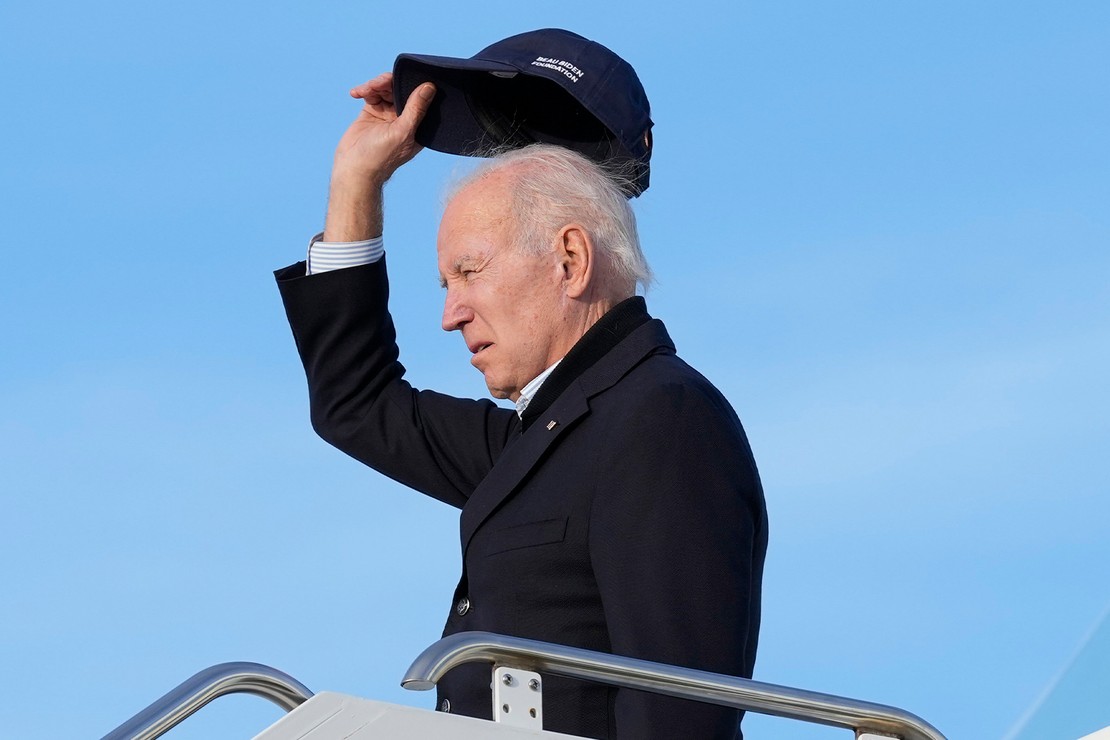 The Biden administration wants credit for “cooperating” with the Department of Justice and the National Archives over the ongoing scandal involving Joe Biden’s mishandling of classified documents but wants us to forget that it hid the story from the public for over two months before it was leaked to the media earlier this month, and some are saying the White House strategy backfired.

“They adopted a strategy of caution and deference, making only limited moves in coordination with federal investigators to determine the number of documents involved, their significance and how they were mishandled,” the Washington Post euphemistically described it.

The White House anticipated that if it kept the story quiet, it would prevent analogies to Trump’s classified documents scandal and that the matter would be wrapped up quickly and quietly. Instead, it sparked a political uproar, as the White House has now been accused (accurately) of hiding the story from the public and the comparisons to Trump that it hoped to avoid.

The Washington Post suggests that everyone in the Biden administration had an interest in keeping the story on the down low. “Early on, Biden’s attorneys and Justice Department investigators both thought they had a shared understanding about keeping the matter quiet. But they had very different reasons,” the Post reported. “The White House was hoping for a speedy inquiry that would find no intentional mishandling of the documents, planning to disclose the matter only after Justice issued its all-clear.”

According to a report from the New York Times, White House advisor Anita Dunn was one of a handful of advisors in the know about the discovery of the classified documents and was adamantly opposed to giving the public too much information.

“Once the discovery of the original batch of documents was revealed, Ms. Dunn was adamant that the White House should keep the public information flow to a trickle and focus instead on how different Mr. Biden’s case was from the broader investigation into his predecessor, according to people familiar with the discussions,” the New York Times explains.

You remember Anita Dunn, don’t you? Remember when Joe Biden started branding Trump supporters as “Ultra MAGA” last year? Yeah, that branding was the product of a six-month research workshopping effort led by Anita Dunn. Apparently, she thought that Trump supporters would feel like “Ultra MAGA” was an insult or something when, instead, they embraced the label and even merchandised it.

So it should come as no surprise that the brainiac behind “Ultra MAGA” is also the reason why the White House is having to go on defense with allegations of a cover-up. Let’s not forget that, despite the involvement of the Department of Justice and the National Archives, this story was hidden from the public for over two months. If Anita Dunn had her way, we still wouldn’t know about it.

Between this and the Ultra MAGA debacle, it sure seems like Anita Dunn is giving a lot of bad advice to the Biden White House. It was reported on Saturday that White House Chief of Staff Ron Klain is stepping down soon; well, maybe Dunn should look for another job as well.

‘Our nation’s fiscal policy is a disaster’: 24 senators sign letter opposing debt ceiling increase absent ‘spending reform’
Leftist Privilege Gets Lawyer-Turned-Firebomber Off Easy
NBC’s Todd Dismisses FBI Targeting of Parents, Jim Jordan Educates Him
SCOTUS Did Not Disclose Financial Relationship With ‘Independent’ Expert Hired to Validate Leak Probe
CNN anchor wastes no time grilling Schiff over claims that got him booted from committee: ‘That turned out not to be true’