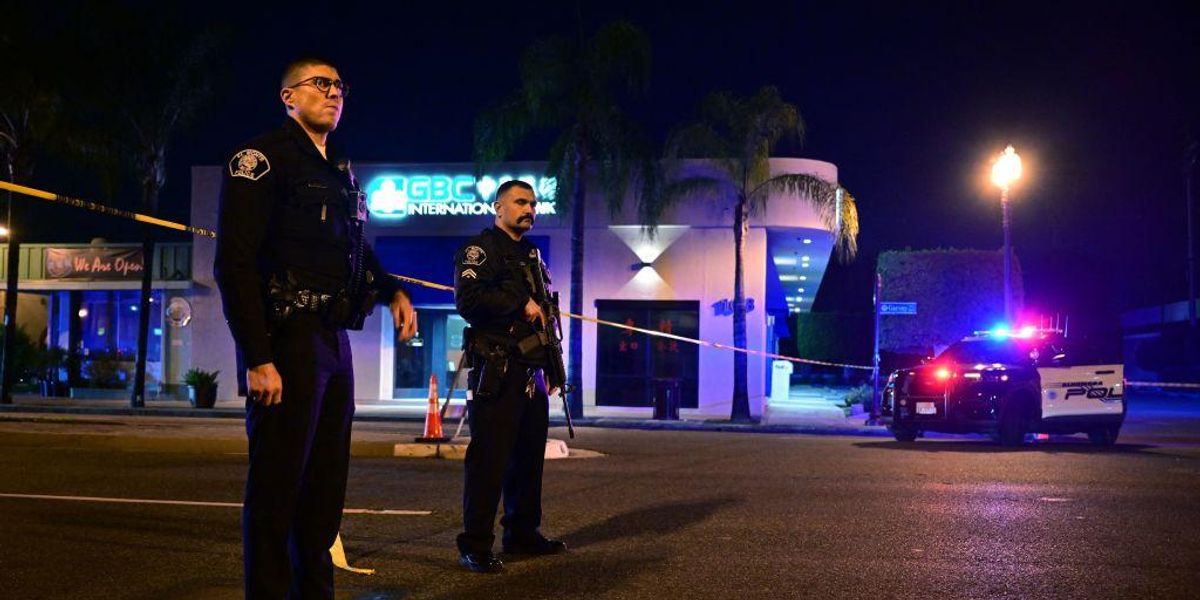 Gunfire erupted at a ballroom dance club in Monterey Park, California on Saturday night, terrorizing a Lunar New Year festival and leaving at least 10 people dead, according to multiple reports.

The Los Angeles County Sheriff’s Department has thus far confirmed that 10 people were pronounced dead at the scene, and an additional 10 were taken to the hospital with injuries of varying severity.

The suspect escaped the scene and is still at large as of the time of the publication of this article. Thus far, authorities have only indicated that the suspect is male, and have not provided any other physical description.

The shooting occurred in a predominantly Asian community, leading many to speculate that this may have been a racially-driven crime, but police thus far have cautioned the public that there simply is not enough information available to come to any conclusions on that front. “We will look at every angle as far as whether it’s a hate crime or not. It’s just too early in the investigation to know,” said Captain Andrew Meyer of the Los Angeles County Sheriff’s Department.

Meyer added that people were “pouring out of the location screaming” when officers arrived at the scene around 10:30pm local time. Meyer also said that there was no information on the kind of gun used by the shooter, or any possible motive. He indicated that police were looking into whether the shooting was connected to another incident in Alhambra to see if they were possibly related. No injuries were reported in that incident.

White House Press Secretary Karine Jean-Pierre indicated on Twitter that President Biden has been briefed on the situation and has offered the full resources and assistance of the FBI with the investigation.