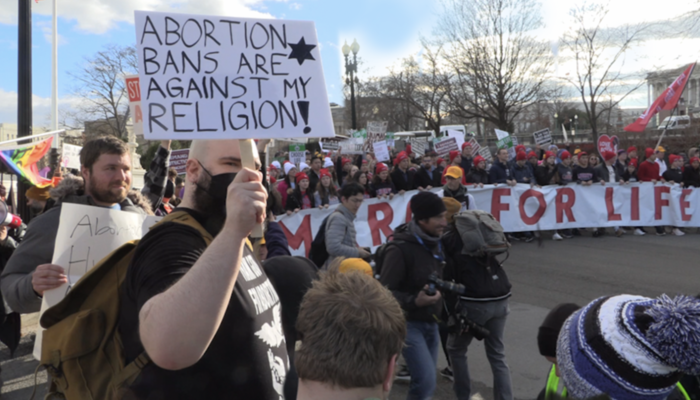 Thousands of pro-life advocates gathered for the rally. Despite the low temperatures, the energy and excitement were high. This was the first March for Life since Roe v. Wade was overturned.

While Christians, conservatives and others who think life deserves sanctity from the womb to the tomb were in good spirits, pro-abortion protestors came to cause trouble.

One protestor claimed that our lives suck so much in today’s society that abortion is the “lesser of two evils.” What he meant was that babies should be killed so they don’t have to experience the world today. He said to just “give it anesthesia” and “suck it out.”

Another explained his support for unrestricted abortion but continually said that a child became a baby once it was fertilized. I think he was confused when I agreed with his latter point.

We got the chance to talk to a few pro-life advocates too, one of which had an abortion years ago and she shared her deep sorrow.

This year’s march was a momentous occasion. While it celebrated a small victory it also showed just how much work we still have left to do.