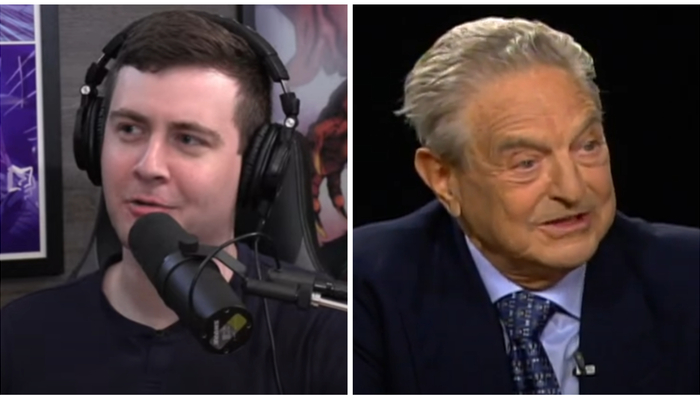 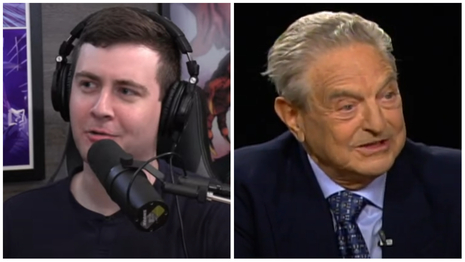 Palumbo noted that his book —The Man Behind the Curtain: Inside The Secret Network of George Soros — includes a “list of publications that are linked to Soros.” Palumbo told The Epoch Times that Soros’ well funded media empire gives him connections with some of the biggest names in journalism, which in turn allows him to be shielded him from serious journalistic scrutiny. In addition, Soros’ influence encourages media figures to call anyone who dares criticize him “anti-Semites.” “Just go on any of the publications that are Soros-linked: ABC, CBS, CNN, Washington Post, New York Times  — the list, it’s a very long list — type in Soros’ name, and look at how they cover him,” Palumbo said. A recent MRC Business report exposed at least 54 prominent media figures tied to Soros through their connections to organizations that he funds. Some of these figures have openly defended Soros from his critics.

As Palumbo alluded, what Soros buys silence. Palumbo warned of an “implied contract” between Soros and Soros-linked journalists that holds sway over the liberal media’s left-wing slant in news coverage, including how they cover the billionaire’s activism. Palumbo referenced notable liberal figures like philosopher Noam Chomsky to make the point that the media “respond[s] to incentives.” He continued: “If you work in a publication, they might not tell you what to report, but you might just notice — okay, people who report on these issues [climate change, abortion advocacy, anti-Americanism, etc.] get promoted and people who report on these [e.g. Soros’ political influence] kind of get sidelined.”

MRC Business’ research directly corroborates Palumbo’s analysis. CNN Chief International Anchor Christiane Amanpour and NBC Nightly News anchor Lester Holt, in particular, are on record attacking Soros’ critics, which is revealing given their plum positions at the Soros-funded Committee to Protect Journalists (CPJ). Soros poured at least $2,750,000 into the CPJ between 2018 and 2020 alone. In an Oct. 4, 2018, segment on PBS’ Amanpour & Company, which Amanpour also hosts, Amanpour harassed Hungarian Minister of Foreign Affairs and Trade Péter Szijjártó and accused his boss, Hungary Prime Minister Viktor Orbán, of “stoking anti-Semitism” because he opposes Soros’ radical open border agenda. Over at NBC Nightly News Oct. 23, 2018, Holt exploited a violent attack on Soros’ home to take a generalized swipe at his critics by painting Soros as a “target of conspiracy theories.”

In an exclusive interview with MRC Business, Palumbo stated that “one of the biggest consequences” of billionaires like Soros wielding broad control of the media is that publications then become “horse blinders in front of us” and that is “creating a filter on what we can see.” In effect, said Palumbo, “You really can create any impression you want.” He’s not kidding.