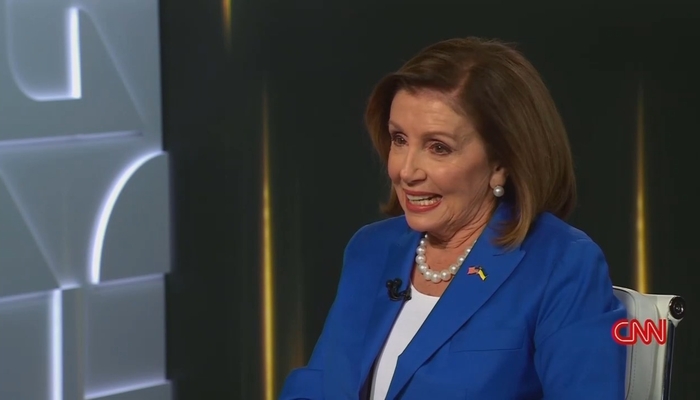 How bad could the Chris Wallace talk show on CNN be? Could it be as liberal-leaning as their longtime star Larry King? It certainly looked like it when Brent Baker tweeted out the promo for last Sunday night’s edition of Who’s Talking to Chris Wallace? It looked more like Who’s Chris Wallace Flattering?

How far Chris Wallace has fallen/The not so “new” CNN: Promo for his show tonight: “Is that part of your super power, just be tougher?” Nancy Pelosi: “Just get it done, baby!” To Idina Menzel: “I want to spend some time talking about Let It Go.” pic.twitter.com/WrhR5iYI0C

This came in the second half of the Wallace interview. He came out of commercial insisting “Whether you agree with her politics or not, there is no denying Nancy Pelosi has been one of the most effective politicians in Washington for the last two decades. I picked up our conversation asking the former speaker how she’s done it.”

You can tell that Alexandra Pelosi’s dearest-mommy documentary is clearly part of the Pelosi PR packet, as Alexander was featured heavily in the Maureen Dowd puff piece in Sunday’s New York Times. Wallace played a clip of Pelosi playing hardball with a Democrat as they passed “Obamacare” in 2010. Then Wallace played a clip of Pelosi talking in the documentary about never tiring in a negotiation.

WALLACE: We also see you negotiating with a member of the Senate over a COVID relief bill. Here that goes.

PELOSI: So here’s what happens in negotiations. When you get toward the end people get tired and that’s what he is. You can’t get tired. You can never get tired. You can’t wear yourself down to the point, “forget about it, just let’s do it this way.” They’re terrible people. The worst. Never had (INAUDIBLE). They really make you some kind of a left-wing advocate.

WALLACE: Is that part of your superpower? Just be tougher and more relentless and wear the other guy out?

PELOSI: Just get it done, baby. It’s just the way it is. Just get it done. But here’s the thing. It’s interesting, I think, you tell me, of all the things that people have said to me about Alexandra’s —

PELOSI: Documentary. They talk about this. That was the best advice, not to tire. Because it does happen in negotiations. You get to a point where you think okay, this is it. No. You have to compromise, that a negotiation. But you cannot lose the fight. You cannot tire. Resting is rusting. You got to stay there.

From there, Wallace asked a tender question about how Paul Pelosi is faring — no requests to see police body cams or anything. This is how the interview wraps up: 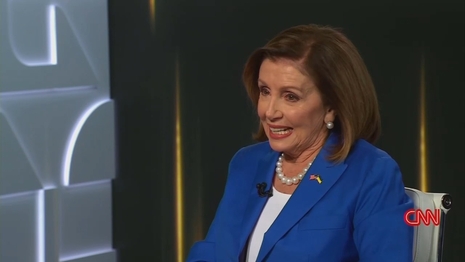 WALLACE: At the end of the documentary, you quote an African folk tale about how when you go to meet your maker, you show him your wounds because that shows the fights that you’ve had. After 35 years in Washington, how would you enumerate the wounds that you would show your maker?

PELOSI: Well, I’d say that we took considerable laceration on the “Affordable Care Act.” They liked to criticize me for being from San Francisco, which for me is a great honor, but they misrepresent where you are on issues. They try to attack your personal integrity and the rest. I’d rather not go through it but if you want, maybe I’ll write a book about it and say what they are, but I’d rather not think about them, but it’s constant. Constant.

Advertisers for this spectacle included AT&T.

Wallace asked a couple of more traditional Fox News Sunday-style questions, and they are below:

PELOSI: No, but we set a precedent which I hope we will follow. If they have members, as they did, who threatened the security of our members on the committee, a danger to our members, threatening them, then they would go off the committee.

PELOSI clip: If the nature of this — of these documents is what appears to be, this is very serious. Very serious.

WALLACE: Do you think that classified documents showing up in Joe Biden’s office, home, six years after he was vice president, do you think that’s also very serious?

PELOSI: Well, it depends on the nature of the documents….

WALLACE: I understand that the cases are very different as you talk about the number of documents, where they were, the question of transparency and cooperation by the two men.

PELOSI: You said it very well.

PELOSI: Well, it depends. It depends….