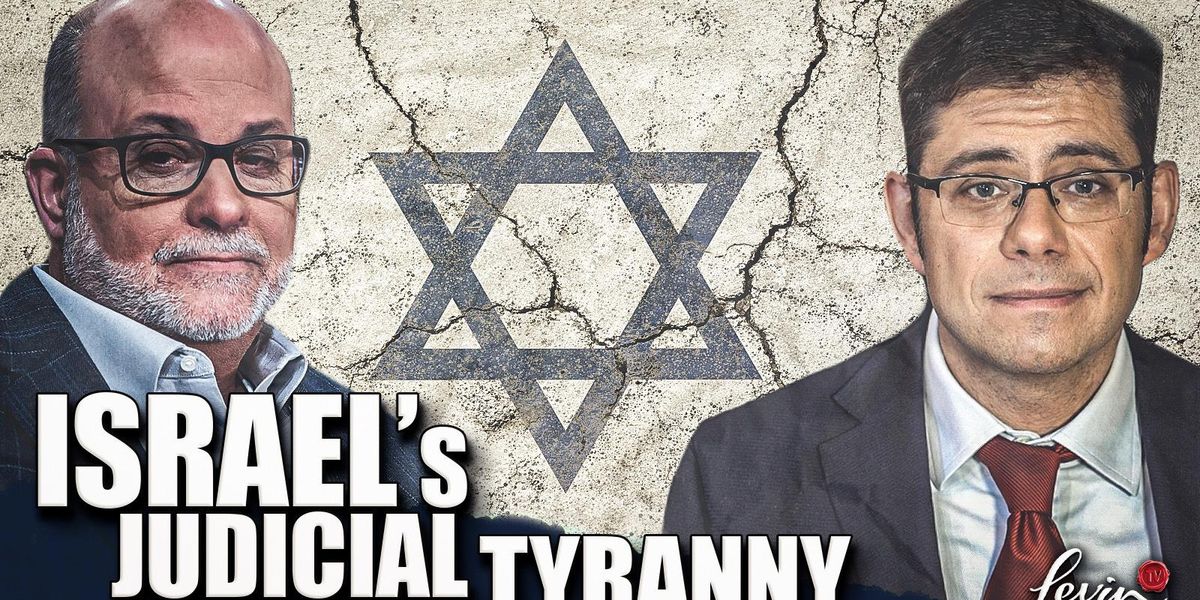 The American media has largely ignored a major story that could have massive repercussions for the Middle East. Israel — America’s closest democratic ally — finds itself wrestling with a tyrannical Supreme Court. Is the Middle East’s sole democracy drifting dangerously close to becoming a dictatorship? What does that mean for American foreign policy?

On a special edition of “LevinTV,” host Mark Levin introduces us to Professor Eugene Kontorovich of George Mason University’s Antonin Scalia Law School. In this exclusive interview, Professor Kontorovich breaks down the problems Israel’s courts are causing and advocates for an overhaul of the entire judicial system. If that sounds familiar, it’s because Mark has been saying virtually the same thing about the United States judicial system.

To enjoy more of “the Great One” — Mark Levin as you’ve never seen him before — subscribe to BlazeTV — the largest multi-platform network of voices who love America, defend the Constitution, and live the American dream.