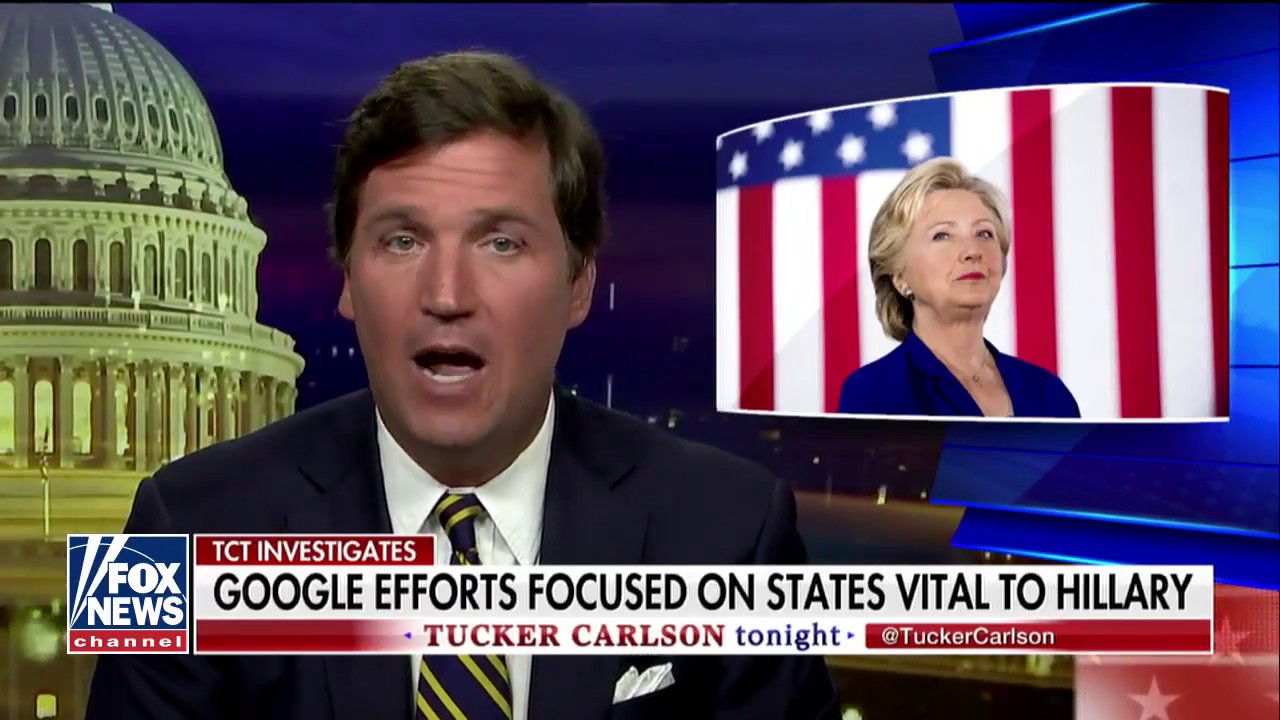 Videos
In an exclusive report Monday night, Tucker Carlson said that a newly revealed email from inside Google shows the tech giant was biased for Hillary Clinton and against Donald Trump during the 2016 election.