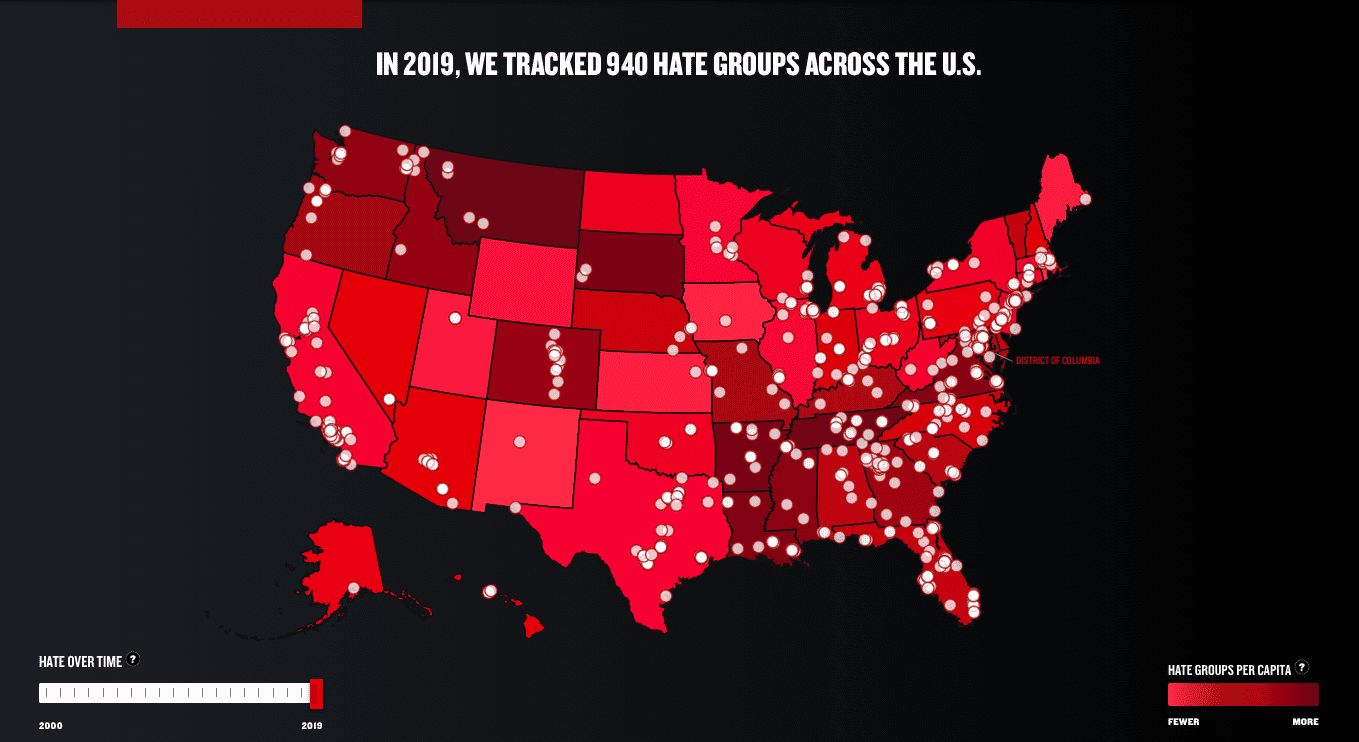 What kind of civil rights nonprofit has millions of dollars in offshore accounts? According to recent reports, the scandal-plagued Southern Poverty Law Center (SPLC) does, and that’s just scratching the surface of its problems.

The SPLC recently published its updated “hate map” plotting “hate groups” across America, right as Americans are fearing for their lives and livelihoods in a deadly pandemic. That map inflated the numbers not only by listing “hate groups” that barely exist but by defaming mainstream conservative and Christian organizations as “hate groups” on par with the Ku Klux Klan. In fact, former SPLC employee Bob Moser exposed the map as a “highly profitable scam.”

According to the SPLC’s tax documents, the organization has $529,801,832 in its endowment, the second year it had more than half a billion dollars on hand. According to an accounting firm’s report first publicized by the Washington Free Beacon’s Joe Schoffstall, the SPLC has $570 million in assets, including the $41 million in its action fund launched just last year. Annual contributions in 2019 stood at $97 million, down from the $132 million it reported in October 2017.

Most astonishingly, the SPLC reported $162 million in offshore accounts in the Cayman Islands, $41 million more than the group previously reported. In fact, the SPLC’s tax documents also note that the nonprofit “has ownership in several foreign corporations. However, the center’s ownership percentage in these corporations does not rise to the level of reporting on the Form 5471.”

If the SPLC were an impeccable civil rights organization, why would it hide money in offshore accounts? Cayman Island bank accounts are notorious as a tool for tax evasion and the fact that the SPLC has such accounts should be a red flag for anyone examining its credibility.

Then again, this organization has so many red flags, it’s hard to know where to start. Someone should write a book about it! Oh wait, I already did that.

Besides the offshore accounts, the SPLC has also settled a recent defamation lawsuit for $3.375 million when it accused a Muslim reformer of being an “anti-Islamic extremist.” It faces many more defamation lawsuits, bolstered by Moser’s revelations. One of the current lawsuits has gone to the discovery process, meaning it may reveal the SPLC’s secrets.

Last year, the SPLC fired its co-founder, Morris Dees, and saw its president, Richard Cohen, resign amid a sexual harassment and racial discrimination scandal that dated back decades. Dees is a notorious philanderer (as I explain in the book) and black employees complained that the SPLC felt like a “plantation.”

While the SPLC promised an internal investigation into its workplace culture, it has yet to release the results, more than a year later.

In 2012, a gunman targeted the Family Research Council (FRC), a conservative Christian nonprofit in Washington, D.C., based on the SPLC’s “hate group” accusation. The man intended to shoot every person in the building and put a Chick-fil-A chicken sandwich by his or her head. Thanks a brave security guard, his evil plot was foiled, but not before he shot the guard in the arm. He told the FBI that he targeted FRC using the SPLC’s map of “anti-gay groups.”

Despite all this baggage, the SPLC still enjoys tremendous influence in American culture. Left-leaning news outlets regularly cite it as a credible resource on “hate.” In 2017, CNN championed the very same “hate map” that inspired the FRC shooting. Last year, The New York Times, the Miami Herald, and The Palm Beach Post repeated SPLC smears against the national security nonprofit ACT for America, convincing Mar-a-Lago to cancel an ACT for America gala. Amazon Smile excludes any charity on the SPLC’s list, YouTube considers the SPLC a “trusted flagger” of content, PayPal and Eventbrite have booted organizations on the list, and Discover has refused credit card processing services to accused “hate groups.”

Americans cannot trust this morally bankrupt organization. It is high time the media, Big Tech, and corporate America stop treating the SPLC as an arbiter of hate. Perhaps the IRS should get involved.