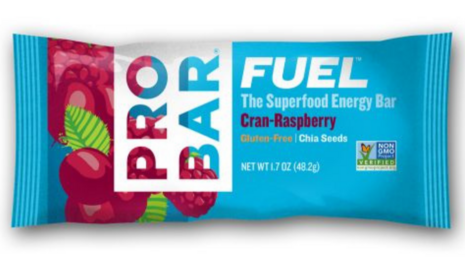 If you read Thursday’s CNN article, “How a swift impeachment was born under siege,” you might scratch your head in puzzlement when reading the second paragraph:

California Rep. Ted Lieu was forced to evacuate his office in the Cannon Office Building as insurrectionists converged on the Capitol. Grabbing a ProBar energy bar in his office, Lieu said he and his chief of staff called the top aide to Rhode Island Rep. David Cicilline while wandering the halls and asked if they could hunker down in Cicilline’s office in the Rayburn House Office Building.

Huh? Why would Ted Lieu wield a ProBar energy bar? Does it have some special power to hold back rioters?

Well, the answer to that bizarre mention is revealed at the bottom of the story in what is perhaps one of the funniest corrections of all time:

CORRECTION: A previous version of this story misstated that Rep. Ted Lieu grabbed a crowbar before leaving his office. He grabbed a ProBar energy bar.

Ah! So that is why we have the ProBar energy bar in the story. To correct the perception that Lieu pulled out a crowbar which someone obviously misheard.

Of course such a correction could not escape widespread mockery:

Did someone dictate that story down the phone like in old movies? “Hold the front page! Now, take this down… Chewing nonchalantly on his pro-bar as he strolled- what? No that’s PRO, P, R, O.”

There was also this observation from the vice president of the Media Research Center, Dan Gainor: “Notice how the original of this ridiculous story depicted Rep. Lieu as a crowbar wielding hero, not as the corrected version describes as a guy so calm he grabbed an ‘organic energy chew,’”

Now that CNN has corrected the story that Lieu pulled out a ProBar instead of a crowbar, shouldn’t they also reveal in the interest of complete journalism in its correction whether the energy bar was strawberry or cran-raspberry?