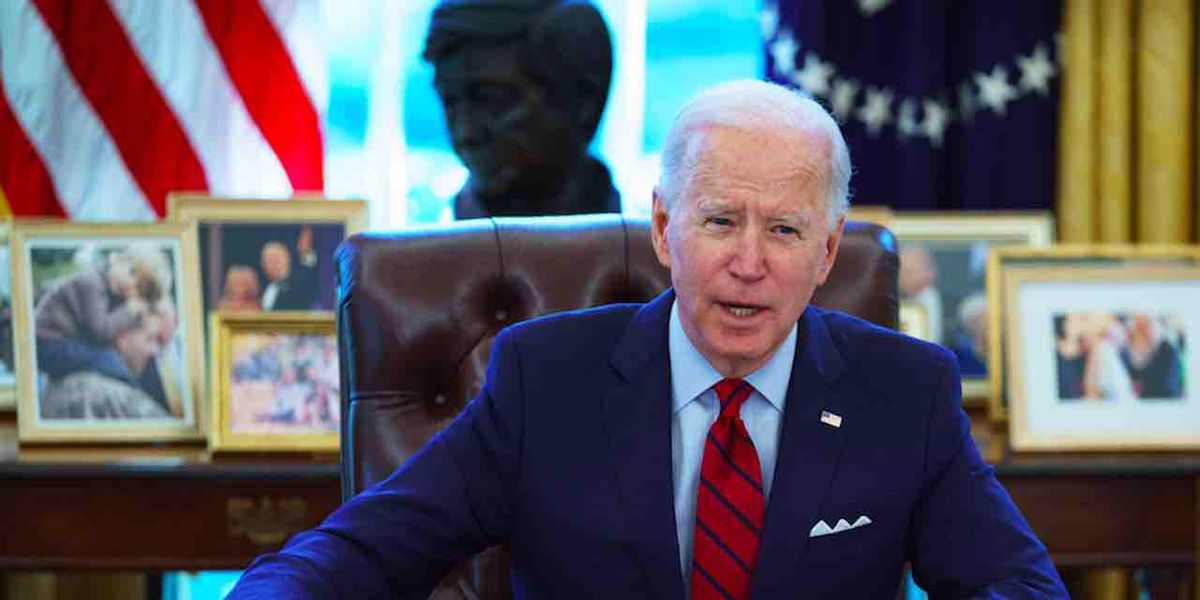 The Biden administration should set up a “truth commission” and appoint a “reality czar” to battle “disinformation and domestic extremism,” a group of “experts” told the New York Times.

The Times’ technology columnist, Kevin Roose, wrote that he’s “spent the past several years reporting on our national reality crisis, and I worry that unless the Biden administration treats conspiracy theories and disinformation as the urgent threats they are, our parallel universes will only drift further apart, and the potential for violent unrest and civic dysfunction will only grow.”

Roose noted that he got in touch with a “number of experts and asked what the Biden administration could do to help fix our truth-challenged information ecosystem, or at least prevent it from getting worse.”

Oh, and did they have some ideas for him.

Yes, you read that correctly.

Roose wrote in his piece that Joan Donovan — research director of Harvard University’s Shorenstein Center on Media, Politics and Public Policy — said the Biden administration could form a “truth commission,” which would be similar to the 9/11 Commission, to probe the inner workings of the Capitol riots.

And who would lead the charge, so to speak? Donovan said ideally those with knowledge of “networked factions” behind the rioting — including white supremacist groups and far-right militias — would undertake the task, the Times reported.

“There must be accountability for these actions,” Donovan told the paper. “My fear is that we will get distracted as a society and focus too much on giving voice to the fringe groups that came out in droves for Trump.”

How about a ‘reality czar’?

Roose acknowledged that more than one of the “experts” he talked to suggested the Biden administration appoint a kind of “reality czar” who would lead a “cross-agency task force to tackle disinformation and domestic extremism.”

“It sounds a little dystopian, I’ll grant,” Roose added. “But let’s hear them out.”

The task force would eliminate multiple-agency overlap and become a central hub that could coordinate a single, strategic response to “misinformation” and “conspiracy theories,” the Times noted.

The Times said “several experts recommended that the Biden administration push for much more transparency into the inner workings of the black-box algorithms that Twitter, Facebook, YouTube and other major platforms use to rank feeds, recommend content and usher users into private groups, many of which have been responsible for amplifying conspiracy theories and extremist views.”

Donovan added to the paper that “we must open the hood on social media so that civil rights lawyers and real watchdog organizations can investigate human rights abuses enabled or amplified by technology.”

Roose also said “many people are drawn to extremist groups like the Proud Boys and conspiracy theories like QAnon not because they’re convinced by the facts, but because the beliefs give them a sense of community or purpose, or fills a void in their lives.”

One effective countermeasure, Mr. Clark suggested, could be a kind of “social stimulus” — a series of federal programs to encourage people to get off their screens and into community-based activities that could keep them engaged and occupied.

Encouraging offline gatherings would, admittedly, be easier after the pandemic. But there are interventions that seem to work on a smaller scale, too — like a series of “de-escalation” ads that Moonshot CVE ran on Google and Twitter, targeting high-risk potential violent extremists with empathetic messages about mental health and mindfulness.

Most of the experts agreed that the most effective thing the Biden administration could do to fix our national reality crisis, and possibly even de-radicalize some of those who have been lured into extremist groups and conspiracy theory movements, would be to address the underlying problems that drove them there in the first place.

You can read the entire Times’ article here.