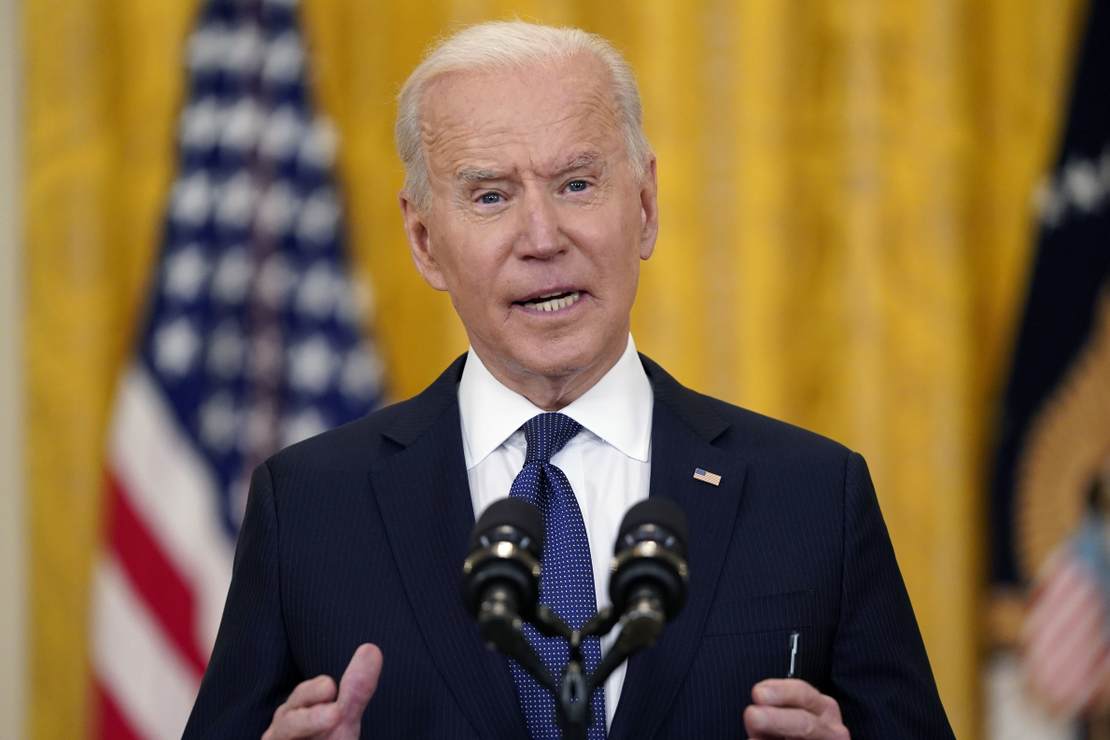 On Thursday, President Joe Biden succeeded in alienating Hispanics twice over by using both an out-of-touch woke aphorism and an ugly racial stereotype.

Biden spoke about the difficulty of convincing some racial minorities to accept the COVID-19 vaccines. He referenced the Tuskegee experiments — in which the Centers for Disease Control and Prevention (CDC) conducted syphilis tests on unwilling black subjects — to explain black people’s hesitance on vaccines. Then, he turned to address Hispanic hesitance.

“It’s awful hard, as well, to get LatinX vaccinated as well. Why? They’re worried that they’ll be vaccinated and deported,” Biden said.

The Republican National Committee (RNC) grabbed the video clip of this moment and shared it far and wide.

The RNC shared this because it demonstrates just how out-of-touch Biden is with Hispanics.

Biden, who toes the transgender line about asking for preferred pronouns, decided to use a word that only 3 percent of Hispanics use to define themselves.

According to the Pew Research Center, a whopping 97 percent of Hispanics do not refer to themselves as “Latinx,” the woke neologism for “Latino.” “Latino” is the male and plural version of the term for Latin, and “Latina” is the female version. “Latinx” replaces the male and female endings of the word with the supposedly gender-neutral “-x,” but many Hispanics consider the term an “anglicism” of the Spanish language.

Even most of those who are familiar with the term, said “Latinx” should not be used to describe the Hispanic population (65 percent). Only 33 percent of those familiar with “Latinx” advocate for the term’s use.

Biden’s statement will also likely offend Hispanics because it suggested that all Hispanics are immigrants — not just immigrants, but illegal immigrants.

Some of my classmates in high school were proud Mexican immigrants who came to this country legally. Those who love America so much that they are willing to go through the extensive process to become American citizens often get extremely offended when other people lump them in with illegal immigrants — and for good reason.

“It’s awful hard as well to get Latinx vaccinated. Why? They’re worried that they’ll be vaccinated & deported.”

#1 Why does @JoeBiden assume all Latinos are illegals?
#2 Stop calling us that slur to please your far left party of critical race theorists. We’re Latino, not Latinx! pic.twitter.com/2lv2WbbcjV

Many illegal immigrants are Hispanic and some of them may be hesitant to get the COVID-19 vaccine because they fear deportation, but most Hispanics do not fall into this category and most of them would never think of themselves as “Latinx.”

If Trump were to say something this offensive, the legacy media would have made it the story of the week. Yet this story seems likely to slip beneath the radar.

After all, Biden and his party take all those illegal “Latinx” voters for granted. It’s not like Hispanics voted for Trump in historically large numbers last year…