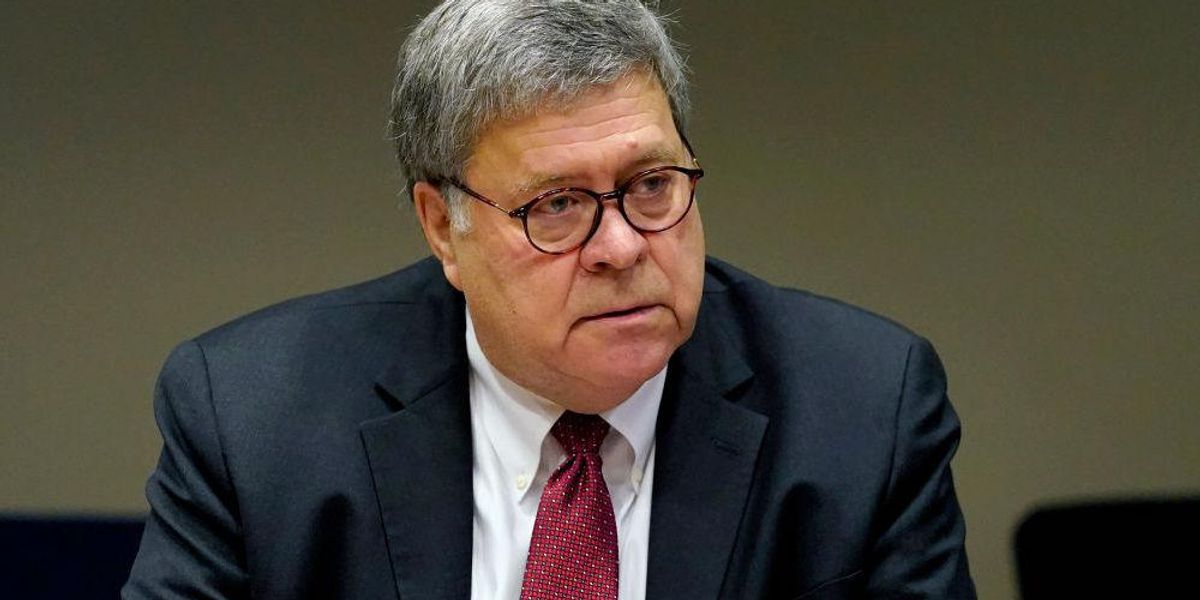 After Trump lost to Joe Biden in the 2020 presidential election and alleged he lost because of voter fraud, Barr authorized the Justice Department to investigate “substantial allegations” of voting irregularities.

That investigation resulted in no credible evidence, Barr revealed in Dec. 2020. “To date, we have not seen fraud on a scale that could have affected a different outcome in the election,” Barr said.

Despite the investigative outcome, Trump and his team continued to assert that voter fraud was the reason why Trump lost.

What is Barr saying now?

Speaking with ABC News anchor Jonathan Karl in an interview that was published in The Atlantic, Barr revealed that he thought Trump would lose the election and had, according to Karl, “already concluded that it was highly unlikely that evidence existed that would tip the scales in the election.”

“My attitude was: It was put-up or shut-up time,” Barr told Karl of the voter fraud investigation. “If there was evidence of fraud, I had no motive to suppress it. But my suspicion all the way along was that there was nothing there. It was all bulls**t.”

Barr also explained that voting machines were probed — and they, too, contained no evidence of fraud.

“We realized from the beginning it was just bulls**t,” Barr said. “It’s a counting machine, and they save everything that was counted. So you just reconcile the two. There had been no discrepancy reported anywhere, and I’m still not aware of any discrepancy.”

In fact, Barr revealed that when Trump confronted him for publicly saying the voter fraud claims could not be substantiated, he told Trump that “no self-respecting lawyer” would defend the fraud claims.

“You know, you only have five weeks, Mr. President, after an election to make legal challenges,” Barr said. “This would have taken a crackerjack team with a really coherent and disciplined strategy. Instead, you have a clown show. No self-respecting lawyer is going anywhere near it. It’s just a joke. That’s why you are where you are.”

Barr also told Karl that then-Senate Majority Leader Mitch McConnell (R-Ky.) repeatedly urged Barr to speak out against Trump’s claims, fearing they would hurt the GOP’s chances of retaining control of the Senate.

Publicly, McConnell had said nothing to criticize Trump’s allegations, but he told Barr that Trump’s claims were damaging to the country and to the Republican Party. Trump’s refusal to concede was complicating McConnell’s efforts to ensure that the GOP won the two runoff elections in Georgia scheduled for January 5.

To McConnell, the road to maintaining control of the Senate was simple: Republicans needed to make the argument that with Biden soon to be in the White House, it was crucial that they have a majority in the Senate to check his power. But McConnell also believed that if he openly declared Biden the winner, Trump would be enraged and likely act to sabotage the Republican Senate campaigns in Georgia. Barr related his conversations with McConnell to me. McConnell confirms the account.

Karl’s interview with Barr is part of a new book called “Betrayal,” which will be released in November.