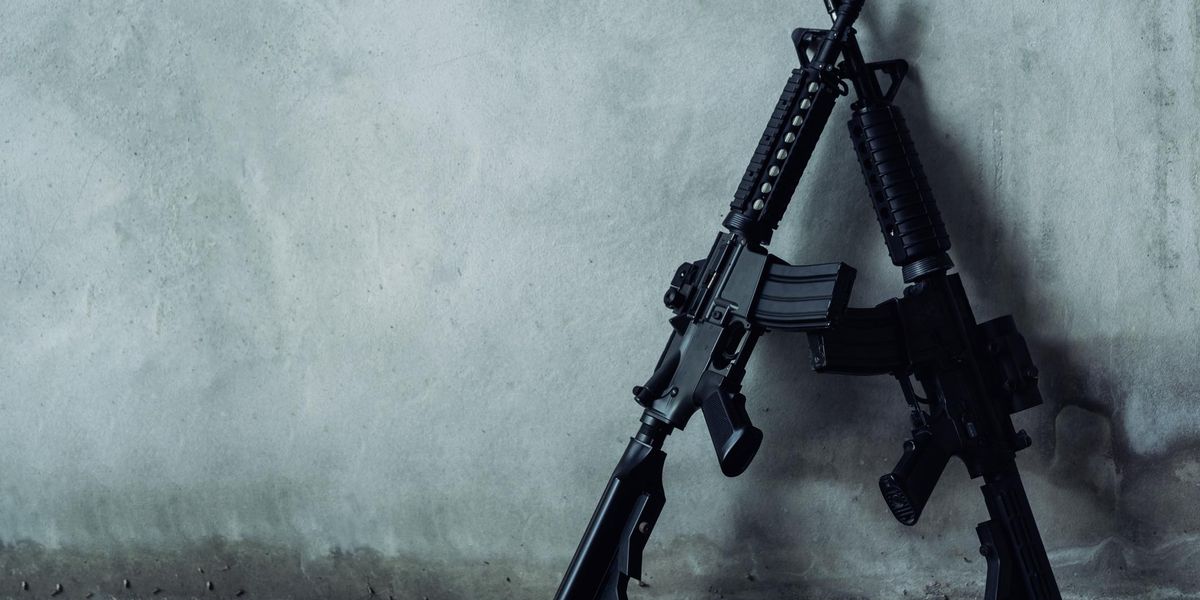 We have all heard of QAnon and the Proud Boys. No, not because we know people in those groups, but because the media won’t stop talking about them, and the federal government is treating them as a greater threat than Hezbollah and al Qaeda. Except, as a “right winger,” I never even heard of QAnon until the media promoted it and still don’t know how to join it online. As for the Proud Boys, it’s hard to find anyone who is not a federal agent associated with it.

However, while we are distracted with phantom threats (such as unarmed grandmothers entering the Capitol building while a police officer held the door open), black nationalist militias are able to promote their violence online with impunity, and it appears that a policeman in Daytona Beach, Florida, has become the most recent victim of their violence.

On Saturday, 29-year-old Othal Wallace, the black nationalist wanted in the shooting of Daytona police officer Jason Raynor last week, was arrested by Georgia state troopers in DeKalb County, Georgia. According to Daytona Beach Police Chief Jakari Young, Wallace was found heavily armed (with illegal flash-bang grenades) in a treehouse at a property allegedly associated with the “Not F***ing Around Coalition” (NFAC). “You guys know who I am? You know what I’m capable of? It could have been a lot worse,” Wallace said as he was arrested, according to Young.

While Wallace has a criminal record, he appears to represent a broader risk than just your typical career violent criminal. According to Volusia County Sheriff Mike Chitwood, Wallace was planning to attack any cop who had stopped him that day. Officer Raynor was allegedly shot in the head by Wallace on Wednesday as the officer was approaching the suspect’s car. While initially reported as being in critical condition, Raynor shows signs of recovering. However, the question is, with all this anti-police rhetoric coming from the media and the government itself, how many other threats like Wallace are there out on the streets?

While the Feds are solely focused on “white rage” it appears a member of NFAC + the New Black Panthers (black Supre… https://t.co/NR4qV7bLjq

Looks like we have an NFAC shooter on the run…

According to a local Fox station, the NFAC is a group of black nationalist gun owners founded in 2017 supposedly to protect black people from violence and oppression. By that, they certainly don’t mean the over 90% of black homicide victims killed by black criminals. This group held a protest at Stone Mountain, Georgia, last year and shut down the site for a full day.

Don’t expect any American to ever hear about this organization despite its quite catchy name. One can only imagine if a white militia of gun owners had a member pose with prominent white nationalists what would happen culturally and politically in this country. Yet today we will hear crickets.

In fact, this is nothing new. Everyone forgot about the Capitol Hill officer killed in an attack by a nationalist. No, I don’t mean Officer Brian Sicknick, for whom there is no evidence that he or anyone else died at the hands of Trump supporters, let alone white nationalists. I mean Officer William Evans, an 18-year Capitol Hill police veteran who was mowed down by Noah Green, a follower of Nation of Islam, on April 2. Green is accused of ramming two police cars, resulting in the death of Officer Evans and the maiming of another officer, before he was shot by police when he exited the car with a knife. At the time, Nation of Islam Founder Louis Farrakhan put out a statement mourning the loss of a “brother” who could have been a future “star” in his movement.

How many Americans do you think ever heard of Officer Evans and the attack itself, much less the identity of the suspect? How many federal agents do you think are dedicated to the much more ubiquitous threat of black nationalist violence tied to the BLM movement, as compared to white nationalists? Where are the corporations placing Blue Lives Matter paraphernalia and dogma in every facet of their business? Where are the cultural and educational memes warning about black supremacism? Why is everything so one-sided?

The Daytona News Journal, to its credit, has done a deep dive into groups like NFAC. The local paper of record reports on some of its tactics to defeat policing, including stealing body cameras from police officers to get rid of evidence. Sheriff Chitwood believes that Wallace partially followed this tactic against officer Raynor. “It [body camera footage] doesn’t end because we cut it,” Chitwood said. “It ends because the power cord is taken from the camera so therefore the camera couldn’t record anymore. He methodically in my opinion dismantled the camera before he shot Jason.”

NFAC’s leader, John Fitzgerald Johnson, also known as Grandmaster Jay, is currently in jail after being charged with pointing a rifle at Secret Service and Louisville metro police at a protest in Kentucky last September. Johnson, like several other prominent black nationalists who’ve recently turned violent, was a veteran of the Army. Don’t expect there to be a witch hunt in the military among black soldiers to weed out those serving in the military to obtain training that could be used on the streets, like they do with white soldiers. Don’t expect a new update to their critical race theory curricula being shoved down the throats of the soldiers, either.

This is not the first time a Florida cop was killed by a black nationalist. In 2017, two Kissimmee, Florida, police officers were killed by a member of a black militia who had served in the military. Again, where is the concern about black nationalists recruiting the large pool of hardened criminals in inner cities as well as military veterans who posses training in weapons – just like we hear about white right-wingers who retired from Desert Storm all the time?

Just two weeks ago, Briana Sykes, a BLM activist who spent a year promoting hate against cops on social media, allegedly drove up to a white cop at a “Juneteenth” parade in Flint, Michigan, and opened fire. Luckily, she had bad aim and the cop was not hit, but the officer was seen begging her to surrender so that he wouldn’t have to shoot her. According to an eyewitness, he “fell to the ground crying because … he didn’t want to do whatever he had to do.” How many more of these ticking time bombs like Briana Sykes and Othal Wallace are on the streets?

The Atlantic described many of NFAC’s adherents as follows: “They joined a group that promised to take a bite out of the Earth and reserve it for Black people. They expected to be led by a commander who preaches radical separatism, and who will swagger with an AR-15 in public and boast that his snipers can bisect a white militiaman’s head from 1,000 yards away. Jay told me that he already had to vet his recruits carefully.”

What we are seeing here is not only the fact that the entire threat of right-wing terrorism and ubiquitous white supremacism was fabricated. But like any blood libel, the BLM-driven projection of violence on white people and conservatives stirs up the dangerous people on their side to truly act out in all the ways they accuse Trump supporters of acting. So as the feds hunt down every grandma who peaceably entered the already-open public building on January 6, you can bet most of the BLM and NFAC rioters will never be hunted down using surveillance. In fact, they might be allowed to go through with their tactic of sabotaging police surveillance.

Fortunately for members of these militias, one thing they most certainly don’t have to fear is infiltration by the FBI. After all, when CDC Director Rochelle Walensky states that racism is “a serious public health threat,” she doesn’t mean that type of racism.