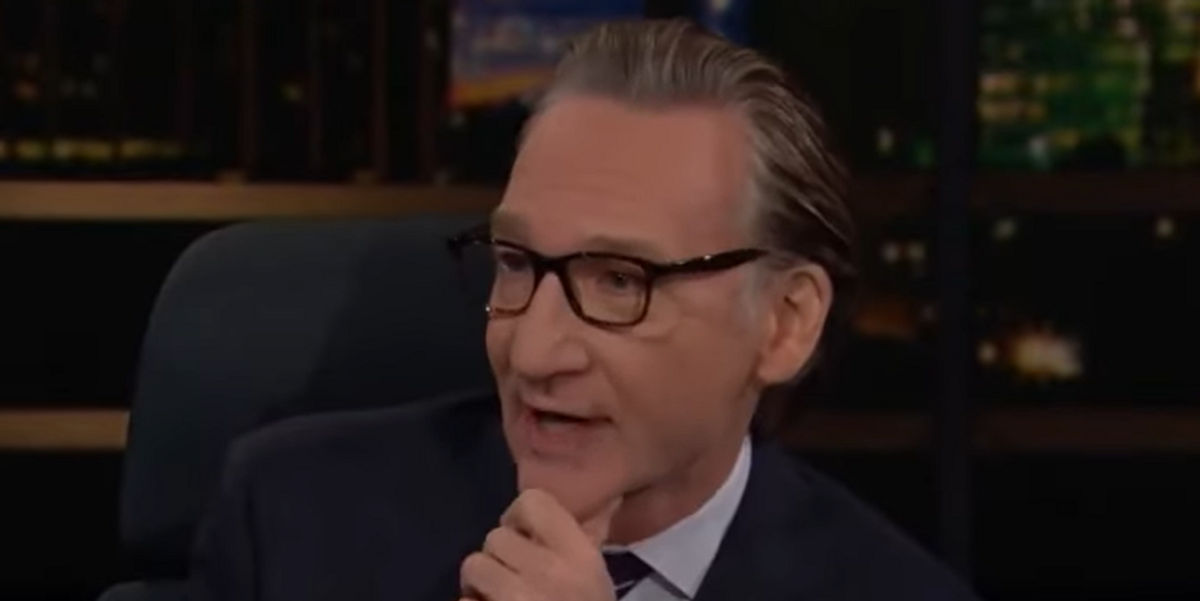 Liberal talk show host Bill Maher bucked the COVID-19 messaging that most Democratic politicians have been drilling into Americans in recent months of the pandemic. The “Real Time” host railed against face masks, stressed the rational acceptance of natural immunity, and proclaimed that the pandemic is “over.”

During the panel session of Friday night’s episode of “Real Time with Bill Maher,” the HBO host mocked Dr. Anthony Fauci’s flip-flopping on whether it is safe for Americans to participate in holidays. Maher expressed hope that people and children could gather on Halloween, adding that it has been his “position since the beginning of this” that people should be free to live their lives.

“Just resume living,” Maher said, according to Fox News. “I know some people seem to not want to give up on the wonderful pandemic, but you know what? It’s over. There’s always going to be a variant.”

He declared, “You shouldn’t have to wear masks.”

“Also, vaccine? Mask? Pick one! You’ve got to pick. You can’t make me mask if I’ve had the vaccine,” Maher exclaimed.

The Atlantic staff writer Caitlin Flanagan compared the COVID-19 pandemic to an “abusive boyfriend,” with who she “broke up” with.

“I stayed home the first year. And then I got the vaccine,” Flanagan said. “I walked out of the CVS. I hadn’t been that thrilled coming out of the drugstore since I got the birth control pill in 1981.”

“I’ve had cancer. I’m triple vaxxed. If it gets me, fair play to it because it will put up a fight against me but I’m not staying in my house again,” Flanagan declared.

Maher then turned to his other guest – Democratic Sen. Chris Coons from Delaware – to point out, “I travel in every state now, back on the road, and the red states are a joy and the blue states are a pain in the a**. For no reason.”

Coons avoided saying that Democratic-controlled states should ease COVID-19 restrictions, but instead said the U.S. should pay for the coronavirus vaccines for other countries.

“One of the critical things that’s being discussed right now by President Biden, one of the things we have to recommit ourselves to, is supporting vaccination around the rest of the world,” Coons replied. “There’s still a lot of countries that are very, very minimally vaccinated because if a variant develops out in the world that is able to defeat the vaccine, we are all the way back to the beginning. So in the United States, in most of the western world, we’re ready to be done with this, but we’re not done until the world is safe and we’re not safe as a world until the world’s vaccinated.”

Maher rebutted, “Except the world recognizes natural immunity. We don’t.”

He continued, “Because everything in this country has to go through the pharmaceutical companies. Natural immunity is the best kind of immunity. We shouldn’t fire people who have natural immunity because they don’t get the vaccine. We should hire them. Yes?”

Coons acknowledges, “If someone is having tested with antibodies.” However, President Joe Biden’s vaccine mandate does not allow an exemption for people willing to submit an antibody test or those who have had a past COVID-19 infection.

Maher responded, “Well, OK. But you know, people who’ve had it – I’ve had it. I mean, I shouldn’t be tested anymore. I got the vaccine.”

Flanagan chimed in that first responders should not lose their job over a vaccine mandate.

Maher said people alone walking alone outside wearing a mask is “stupid,” and about the messaging instead of science.

The poll found that “41% of Democrats replied that at least 50% of unvaccinated people have been hospitalized due to COVID-19,” compared to 22% of Republicans.

“They thought it was over 50,” Maher said. “How do people, especially of one party, get such a bad idea? Where did that come from?”

Coons added, “We frankly shouldn’t let up on the urgency of still promoting vaccination” so that “we can enjoy reopening our society.”

Then Maher questioned how many people died directly of COVID-19, and how many passed away from complications from COVID-19.

“We’re looking at people with complicated health histories a lot of the time,” Flanagan said. “We’re looking at obesity as an issue but no one wants to say it because it’s body positivity. And we’re looking at poverty. That’s what we need to be focused on, people who live really close together. But there’s a lot of people within different poor communities so don’t want to take it. We just have to take our chances, be thoughtful and careful and go back out there and make sure that people who live in dense housing have complete access to the vaccine. And if they don’t want to take it “

“We have to get back to life. I mean, you might look at the sporting events that are … all three sports are playing now including basketball, which is inside. Nobody seems to be having super-spreader events,” Maher noted, then joked, “I mean, you know, it was great. It was so much fun having a pandemic but, you know, buh-bye.”