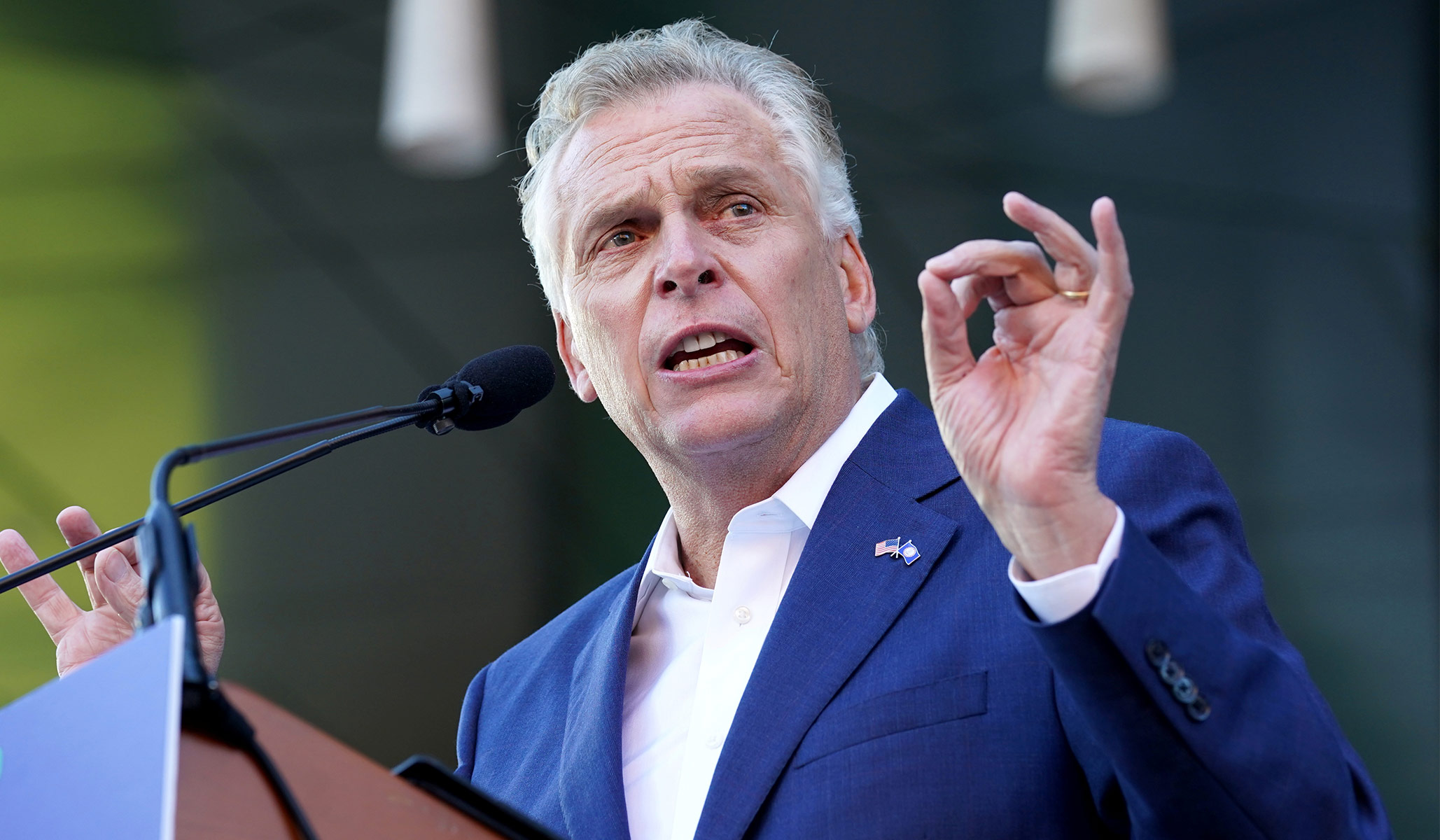 During an appearance on Meet the Press Sunday morning, Democratic Virginia gubernatorial candidate Terry McAuliffe claimed that his statement at a recent debate against Republican opponent Glenn Youngkin that parents shouldn’t be involved in their children’s school curriculum received applause and support.

When host Chuck Todd steered the discussion to parents objecting to inappropriate and politicized assigned books and materials, McAuliffe defended his comment at the debate, in which he said, “I don’t think parents should be telling schools what they should teach.”

“Everybody clapped when I said it,” the former Virginia governor insisted. Todd noted that many parents protesting their school boards simply want to be notified of significant changes or additions to curriculum rather than take power away from educators and administrators. After they’ve learned of equity and inclusion surveys or certain class instruction, many parents nationwide have elected to opt their children out of such activities.

“They would say, ‘This is not about banning a book. This is about informing parents that a book may have some material not all parents would be crazy about, we should let you know that your kid is going to be dealing with this material.’ Is that out of bounds?,” Todd asked.

“That’s not out of bounds,” McAuliffe clarified. “If you look at what the bill would be — ultimately it would’ve led to books being removed from our classrooms.”

The legislation in reference, which McAuliffe vetoed while serving as Virginia governor in 2016, was a bipartisan transparency bill that would’ve required schools to inform parents about sexually explicit instructional material.

In an ad released earlier this month, the Democratic nominee attempted to clean up the parent comment amid intense backlash from parents, media outlets, and others.

“As parents, Dorothy and I have always been involved in our kids’ education. We know good schools depend on involved parents. That’s why I want you to hear this from me. Glenn Youngkin is taking my words out of context. I’ve always valued the concerns of parents,” McAuliffe said in the ad.

On Sunday, McAuliffe touted the high quality of Virginia’s public-school system and his personal experience as a father. “We have a great school system in Virginia. Dorothy and I have raised our five children, of course parents are involved . . .” he said. However, many journalists quickly pointed out that McAuliffe enrolled his children in private schools, an expensive education option that many parents in Virginia can’t afford.

‘These cops were blue before they were black’: Ana Navarro of ‘The View’ downplays race of black police officers charged with murdering black man Tyre Nichols
Michigan State Police releases footage of gunman’s efforts to shoot down police helicopter, final moments
Pro-life protester arrested at gunpoint by FBI found not guilty of FACE charges by jury
Are You Ready for the Trump vs. DeSantis Showdown?
FLASHBACK: The Media Lovefest That Kicked Off Hillary’s 2016 Campaign