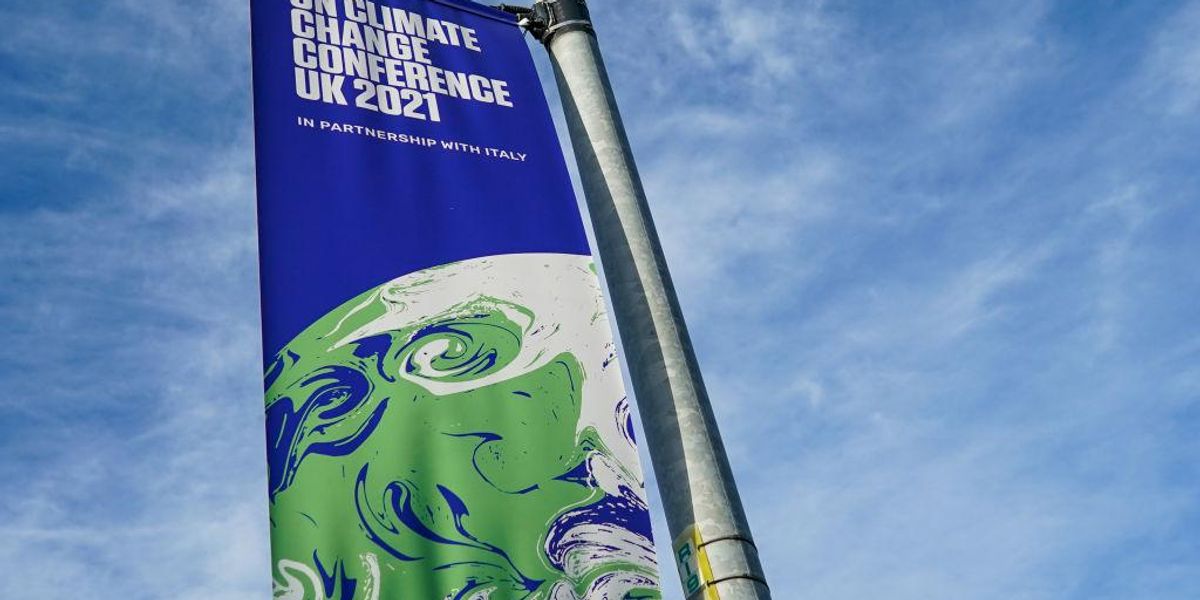 Several Republican lawmakers are asking about the total carbon footprint involved in transporting President Biden and others to the climate change-related COP26 summit in Glasgow, Scotland.

“We write to you today requesting that the U.S. Government Accountability Office (GAO) collect and provide information to Congress on the total amount of carbon emissions required to transport President Biden, the 13 U.S. political appointees, and any and all Administration support staff who attend this conference,” Sens. Joni Ernst of Iowa, Tom Cotton of Arkansas, and Shelley Moore Capito of West Virginia said in a letter to U.S. Comptroller General Gene Dodaro.

In addition to Biden, 13 other U.S. officials were also slated to head to the summit, CNN reported last month.

“While President Biden continues to target American energy with harmful policies, he and his staff continue to rely on fossil-fuel transportation. In the interest of transparency, we would like an answer to understand the total amount of emissions linked to the transportation to and from COP26 for Biden Administration officials,” the letter said.

HYPOCRISY ALERT 🚨 While Pres. Biden continues to target 🇺🇸 energy with harmful policies, he & his staff are continu… https://t.co/dUbEFc4opI

Prior to the climate conference, President Biden attended the G-20 summit in Rome, Italy.

The brazen hypocrisy of global elites flying to Scotland for a conference about the supposedly existential threat posed by climate change has not gone unnoticed.

“Every world leader or dignitary that arrives to @COP26 by private jet is an eco-hypocrite. Fact,” Nigel Farage tweeted.

The conference has included some of the same doomsday rhetoric many have come to expect from the peddlers of climate alarmism.

“Enough of killing ourselves with carbon. Enough of treating nature like a toilet. Enough of burning and drilling and mining our way deeper. We are digging our own graves,” UN Secretary-General António Guterres said during a speech.