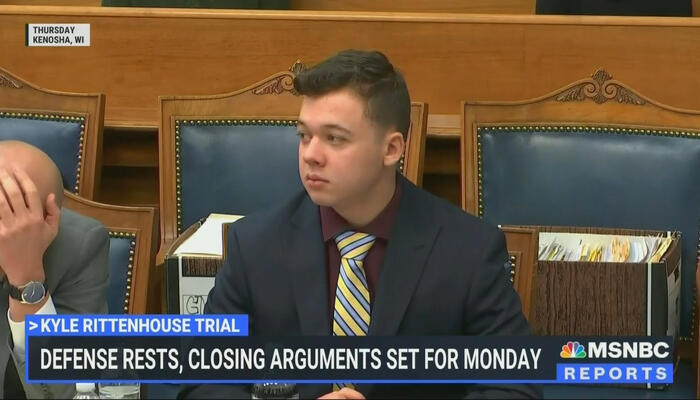 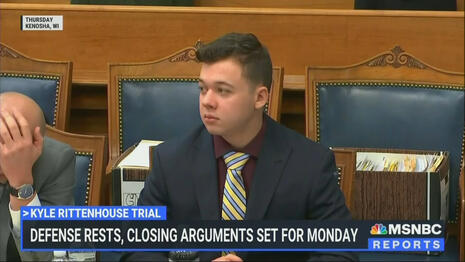 Today it’s Kyle Rittenhouse. Not long ago it was young Nicholas Sandmann. And, of course, for four years or so it was the Trump-Russia collusion business. What do these three episodes have in common? That would be the fact of a wildly untrue liberal media narrative.

Let’s start with the current case of the 18-year old Rittenhouse.  Recall that what launched the case was the police shooting in Kenosha, Wisconsin of a black man named Jacob Blake in August of 2020. The incident came on the heels of riots around the country caused by the police killing of George Floyd in Minneapolis. The Blake shooting set off a riot in Kenosha, and the media instantly stirred the pot.

A classic example was the reporting of The Washington Post, which said this, as reported by Fox News: “Blake, who witnesses said had been trying to break up an argument between two women, was unarmed and shot as he walked back toward his vehicle.”

The problem? Blake was in fact armed – with a knife. He was shot when, standing arms-length from a policeman, he began making slashing movements at the cop. Then, when a riot protesting his shooting broke out in Kenosha, there was, as cited in The New York Post by William A. Jacobson, a clinical professor of law at Cornell Law School and founder of the Legal Insurrection political and legal web site, CNN reporter Omar Jimenez “standing in front of burning buildings in Kenosha with the on-air chyron reading, ‘Fiery but mostly peaceful protests after police shooting.’”

Jacobson goes on – correctly – to say this:

But as has been widely documented, the case is going poorly for the prosecution. While I’m not predicting an outcome, having followed the case carefully, I can say that Rittenhouse has a strong case for self-defense.

One of the deceased, Joseph Rosenbaum, was a clearly violent person who had threatened to kill Rittenhouse, chased him down and went to grab Rittenhouse’s rifle when shot. The other dead man, Anthony Huber, was beating Rittenhouse with a skateboard in a swinging manner when shot.

Gaige Grosskreutz, who was wounded, admitted under cross-examination that he ran after Rittenhouse and closed the gap (but denied he was “chasing” him) — and that Rittenhouse only fired on him when Grosskreutz lowered his loaded Glock pistol to point directly at Rittenhouse from three feet away.

…With trial evidence inconsistent with the news’ narrative, there could have been a major media mea culpa. Instead, headlines and framing continue that pre-trial narrative, even if inconvenient facts appear deep down in the articles.

….From the inception of the Blake shooting, to the riots and now to the Rittenhouse trial, media malpractice has framed a Kenosha narrative completely divorced from reality.

In other words, the media narrative of Kyle Rittenhouse and the events of that night in Kenosha has been shown to be completely wrong.

Which takes us back to young Nicholas Sandmann. Recall that Sandmann, in Washington with his Covington, Kentucky Catholic High School class to participate in the annual March for Life, was simply standing in front of the Lincoln Memorial waiting for the school’s bus to pick them up for the return trip to Kentucky. And oh yes, Sandmann and several of his classmates were wearing the famous red Trump hats proclaiming “Make America Great Again.”

Native American activist Nathan Phillips was captured beating a drum in front of Sandmann’s smiling face. The media instantly tried to portray Sandmann as an arrogant, racist white kid who had gone out of his way to harass the aging Phillips. The theme of that narrative was run repeatedly in The Washington Post, on CNN and elsewhere.

In point of fact, eventually other video surfaced that showed the incident worked exactly the other way. Standing there bothering no one, it was Phillips who approached Sandmann and his classmates and began harassing them.

But the false media narrative went on. To the media’s sorrow.  Here’s the eventual headline in The New York Post:

That’s right. Smartly, young Sandmann and his family did not take the shameful narrative lying down. They began suing various media outlets who pushed the entirely made-up story to claim that Sandmann was a racist and worse.

The Washington Post on Friday agreed to settle a monster $250 million lawsuit filed by Covington Catholic High School student Nick Sandmann over its botched coverage of his 2019 encounter with a Native American elder.

Sandmann declared the victory in a tweet on his 18th birthday. It’s unclear how much the newspaper settled for.

….It’s the teen’s second win in a whopping $800 million defamation battle against a number of news outlets including the Washington Post, CNN, ABC, CBS, The Guardian, The Hill and NBC. CNN agreed to settle with Sandmann in January this year as part of a separate $275 million claim.

Move on to the Trump-Russia collusion narrative. In which the media insisted that Donald Trump was a tool – an asset – of Russia in the 2016 campaign. The narrative launched a four year media assault not just on Trump’s successful 2016 campaign but his presidency as well, replete with the Mueller special counsel investigation.

And now? The indictments slowly rolling out of Special Counsel John Durham’s investigation are revealing that – lo and behold! – the entire Trump-Russia collusion story was made up out of whole cloth by Trump hater Christopher Steele the ex-British intelligence agent. It was written up in his infamous “Steele Dossier.” And it was paid for by…..Hillary Clinton acolytes.

Over there at The Washington Post, the paper’s own media critic, Erik Wemple, surprisingly chastised the media’s coverage in general and his paper’s in particular. His headline:

Said Wemple of the indictment of one Igor Danchenko, “the dossier’s primary intelligence collector” and an analyst at the left wing Brookings think tank:

“The Danchenko indictment doubles as a critique of several media outlets that covered Steele’s reports in 2016 and after its publication by BuzzFeed in January 2017. As discussed in this series, CNN, MSNBC, Mother Jones, the McClatchy newspaper chain and various pundits showered credibility upon the dossier without corroboration — and found other topics to cover when a forceful debunking arrived in December 2019 via a report from Justice Department Inspector General Michael Horowitz.”

So what do we have here?

What we have is a crystal clear pattern of the media substituting liberal bias for the facts of a given story. The center of the story of the moment could be Kyle Rittenhouse or Nicholas Sandmann or Trump-Russia collusion. It could be, heaven knows, all manner of other news stories. But the one constant in each is that the liberals at these liberal media outlets deliberately – say again deliberately – report the facts of a case with a far left bias.

Now the liberal narrative of Kyle Rittenhouse seems to be falling apart in a court of law.

The question is, will the liberal media learn from this? Will it finally learn that in reporting the news it’s the facts, not the political bias of a liberal narrative, that should rule? Don’t bet the ranch.

And one last question? If in fact Kyle Rittenhouse is found innocent or there is a mistrial declared? Will Rittenhouse and his family, on the model of young Nicholas Sandmann and his family, start looking for a lawyer to zero in on the newspapers and TV outlets who spent reams of print, cyberspace and television air time to push the liberal media narrative that Rittenhouse was a white supremacist and cold blooded killer – when he was proved to be neither?