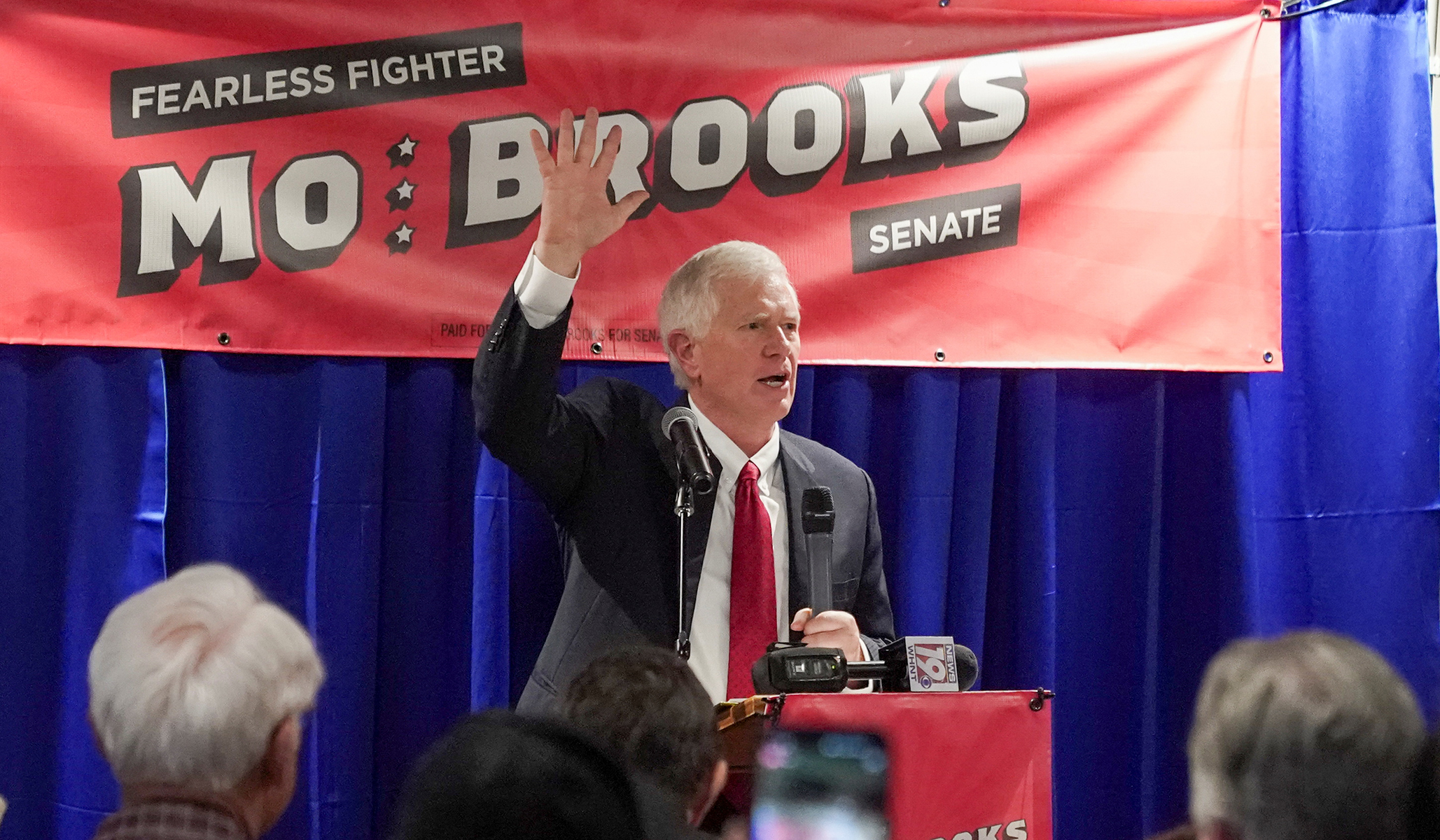 Alabama Senate candidate Mo Brooks responded to the loss of Donald Trump’s endorsement on Wednesday by revealing that the former president asked him to “rescind the 2020 elections, immediately remove Joe Biden from the White House, and hold a new special election for the presidency” after the 2020 election.

In a statement issued on Wednesday morning, Trump stated that the House Freedom Caucus member “went ‘woke’” by shying away from Trump’s complaints about the legitimacy of the 2020 presidential election.

The candidate said in a statement of his own that he has “advised President Trump that January 6 was the final election contest verdict… Period.”

In the wake of his 2020 election loss, Trump sought to recruit a group of congressional Republicans to vote against certifying the legitimate electoral college results on the grounds that they were tainted by unprecedented levels of fraud. Brooks’ statement seems to suggest that Trump pushed him to join this effort, which, if successful, would have led to the legitimate slates of electors being rejected and replaced with new electors put forward by Trump-friendly state legislators in key battleground states.

Brooks has seen a massive early lead, bolstered by Trump’s endorsement, wither away over the last several months. In a statement, Trump blamed Brooks’s collapse on the candidate’s urging a rally crowd in August to “put that behind you,” in a reference to the 2020 presidential election, which Trump has continued to maintain was stolen from him.

“When I heard his statement, I said, ‘Mo, you just blew the election, and there’s nothing you can do about it,” recalled Trump.

Trump does what was expected and dumps Brooks, and now has a new meaning for “woke,” which is disagreeing that 2020 should be relived forever pic.twitter.com/wgmo6X51G0

“Very sad but, since he decided to go in another direction, so have I, and I am hereby withdrawing my Endorsement of Mo Brooks for Senate,” added the former president. Brooks spoke at the “Stop the Steal” rally on January 6, 2021 that preceded a riot at the Capitol Building, telling the gathered crowd that “today is the day American patriots start taking down names and kicking ass.”

Brooks’s response to the former president accused him of having been “manipulated once again” by Senate Minority Leader Mitch McConnell, who has refused to endorse his senate candidacy. “I repeat what has prompted President Trump’s ire. The only legal way America can prevent 2020’s election debacle is for patriotic Americans to focus on and win the 2022 and 2024 elections,” said Brooks.

At the August rally in which Brooks told rallygoers to “look forward,” Brooks doubled down on insisting that Trump had rightfully won a second term, preempting his pleas to move on by acknowledging that “there are some people who are despondent about the voter fraud and election theft in 2020.”

Last October, Brooks said he’d be “proud” if members of his staff had helped to organize the “Stop the Steal” rally.

Recent poll results indicate that Brooks is set to finish in a distant third-place in the Republican primary, behind both veteran Mike Durant and Katie Britt, a former chief of staff to Richard Shelby, the retiring senator that Brooks, Durant, and Britt are competing to succeed.

“I will be making a new Endorsement in the near future!” promised Trump.