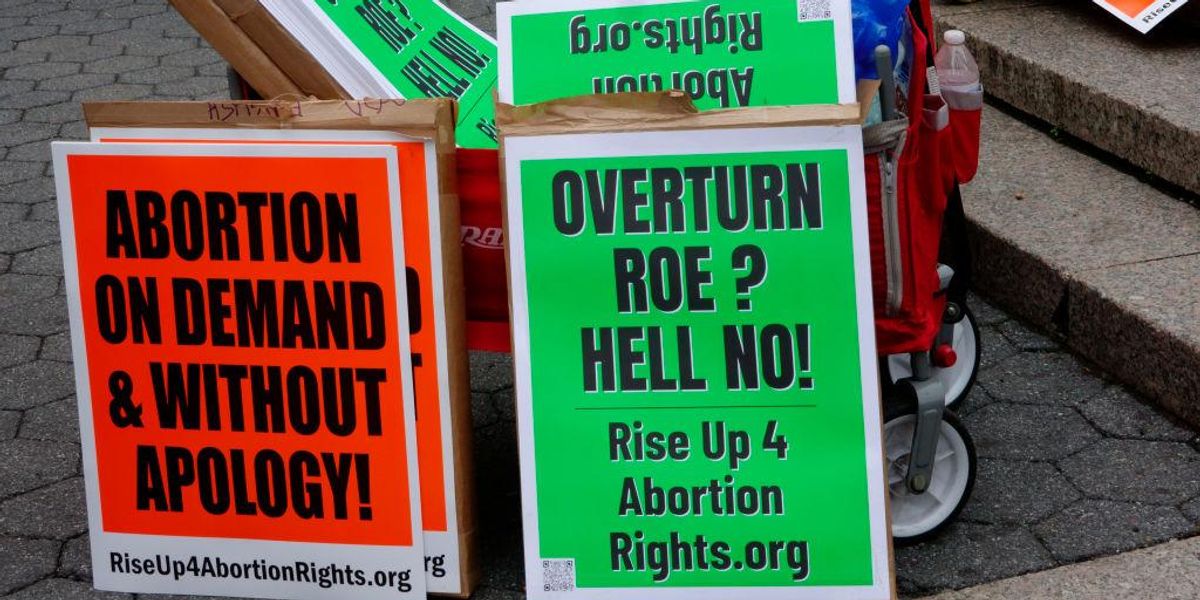 Authorities in Buffalo, New York are investigating a fire at a pro-life pregnancy center early Tuesday morning as a case of arson.

CompassCare, a pro-life reproductive health organization that services patients in the Rochester and Buffalo area, said Tuesday that its Buffalo office was “firebombed” by pro-abortion terrorists.

The Amherst Police Department and firefighters responded to a fire alarm at CompassCare’s location at 1230 Eggert Road that morning. Police said the building was on fire when first responders arrived.

Firefighters from the Eggertsville Hose Co. were assisted by the Getzville, N Bailey, and Snyder Fire Departments and worked to put the fire out, police said. Two firefighters were treated for minor injuries.

CompassCare wrote in a blog post that its office was firebombed. The pregnancy center said windows in the reception room and nurses’ office were broken and fires were started within.

The apparent arsonists also left graffiti on the building that read, “Jane Was Here.” CompassCare said this was a reference to the radical pro-abortion terorrist group Jane’s Revenge, which took responsibility for firebombing a similar pro-life organization in Madison, Wisconsin last month.

In a May 31, 2022 post on an anarchist website, Jane’s Revenge called for a “night of rage” when the U.S. Supreme Court hands down its ruling in Dobbs v. Jackson Women’s Health Organization, a case concerning Mississippi’s 15-week abortion ban. A leaked draft majority opinion by Justice Samuel Alito indicated the court has voted to uphold Mississippi’s law and overturn its landmark Roe v. Wade abortion decision.

Jane’s Revenge urged “militant action” and said “we have selected a time of 8pm for actions nationwide to begin” whenever the court hands down its decision.

“This is the pro-abortion ‘Kristallnacht.’ Because of this act of violence, the needs of women facing unplanned pregnancy will go unmet and babies will die,” CompassCare CEO Jim Harden said in a statement.

CompassCare said pro-life service centers have been targeted with violence for months, both online and in-person.

“Ironically, New York’s Governor not only ignored the violence but instead earmarked $35 million in tax payer funds to increase security at abortion clinics. Adding insult to injury the New York legislature passed a bill investigating pro-life pregnancy centers precisely because they do not perform abortions,” the organization wrote in its blog post.

Federal government officials warned last month that the Supreme Court’s impending decision on Roe could lead to an increase of political violence. A May 13 memo from the Department of Homeland Security revealed that authorities were monitoring violent threats made by pro-abortion rights activists against the court, justices, lawmakers, churches, and both pro-life and abortion clinics.

New York Gov. Kathy Hochul’s office did not immediately respond to a request for comment.

The Army has just 7 weeks to meet its recruitment targets this year. It’s only 52% of the way there.
Column: Dana Milbank’s Uncivil War on GOP ‘Destructionists’
NewsBusters Podcast: A ‘Brutal Payback’ for the Trump Raid?
Iran Is Refusing to Accept the Surrender of the European Union
‘Coordinated Attack’ – Trump Says Joe Biden “Knew All About” the FBI Raid on Mar-a-Lago