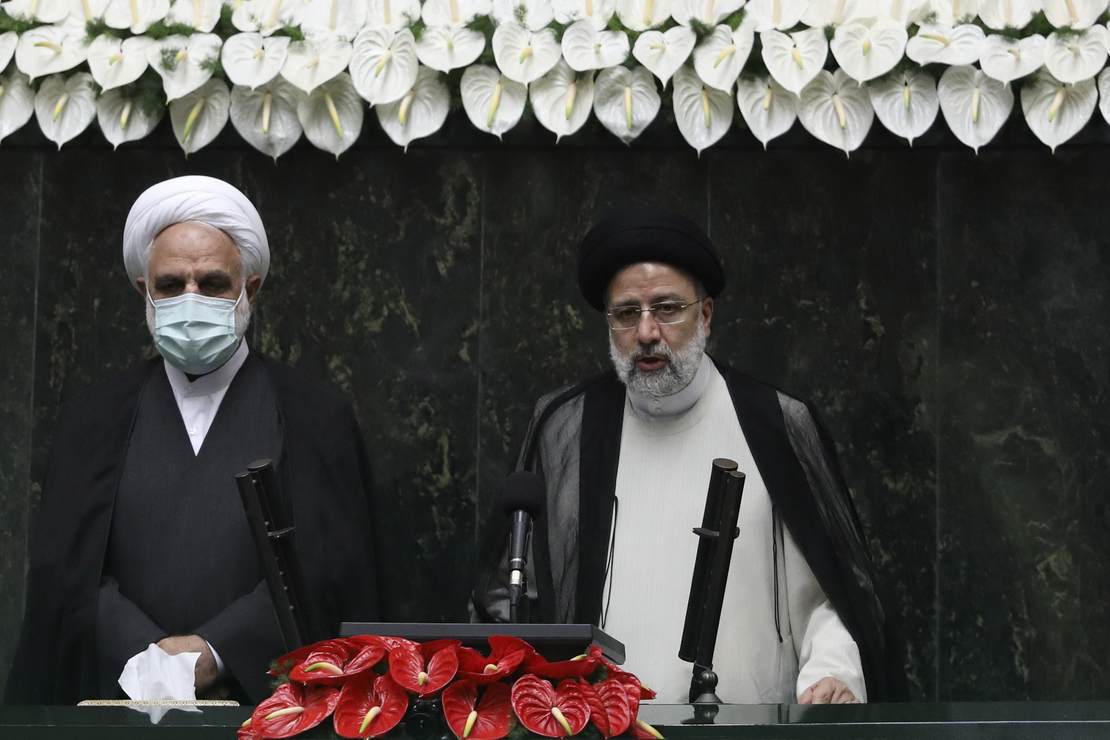 The EU has been trying to jumpstart talks aimed at reviving the 2015 nuclear deal with Iran — a deal already made irrelevant by Iran’s enrichment activities. The latest effort is as good as a surrender. The EU is willing to ask the International Atomic Energy Agency (IAEA) to stop investigating some nuclear material found in 2019, in a place it shouldn’t have been, in return for Iran’s agreement to return to the 2015 nuclear deal.

It’s a very bad concession. The IAEA has been insisting Iran come clean about the origin and purpose of the nuclear material, and the U.S. has demanded that Iran clear up the mystery before we lift sanctions.

But the EU is in a hurry to surrender so they can go back to signing multi-billion-dollar contracts with Iranian companies. That cash may go to fund terrorism and Iranian aggression against its neighbors, but that’s not the EU’s problem — much.

A senior U.S. official said Washington wants to see the IAEA investigation resolved. “The only way for that to happen is for Iran to provide the agency the information they need,” the official said. “That’s our position regardless of whether it’s expressed in the text of an understanding or elsewhere.”

Iranian officials said Tuesday they had only started reviewing the text. In recent days they have suggested more talks may be needed, leaving the fate of the agreement uncertain.

Russia’s chief negotiator in the talks said Thursday that it isn’t for the EU to lay down ultimatums in the negotiation.

Iran is not likely to give anything to the EU or any other Western nation. They see their nuclear program — civilian and military — as a matter of national pride and define their sovereignty by their ability to enrich uranium without limits. To that end, Iran is already employing its highly advanced IR-6 centrifuges to enrich uranium to an announced level of 20 percent. The 166 IR-6 machines could enrich uranium to the 90 percent level in a matter of weeks — a high enough enrichment level to fuel a nuclear bomb.

The pledge to close the probe if Iran answers the IAEA’s questions offers a riposte to Tehran’s repeated claim that the U.S. and European powers are behind the probe and are seeking to use it as leverage against Tehran.

According to Western officials familiar with discussions, the concession was crafted largely by the EU. U.S. and European officials hadn’t seen the text until it was circulated on Monday, although some were aware it would include safeguards language.

Iran’s IAEA demand became the main sticking point for the deal, once Iran in recent weeks shelved its demand that Washington remove the elite Revolutionary Guard Corps from its most stringent terrorist-sanctions listings as part of the revival of the nuclear deal.

At this point, with Iran so close to having the bomb — if they don’t have one already — the only reason to try and renew the 2015 nuclear agreement is political. Joe Biden needs a foreign policy “win,” and even though anyone with two brain cells working knows that any deal with Iran is window dressing, Biden wants it so his media lapdogs can trumpet to the American people that Biden has prevented Iran from getting the bomb.

He will have done no such thing, but it will look great on a campaign commercial.

Meanwhile, Israel is following the news with limited interest. It’s of no concern to Jerusalem what sort of posturing is going on in Washington or Brussels. Israel has its own agenda, and its own timetable. They’re already in a shadow war with Iran, and as long as Tehran pretends they don’t have the bomb, Israel will pretend they’re not at war with the mullahs.

Can Jordan Peterson be TRUSTED?
FLASHBACK: 3 Paul Krugman Rules for ‘Bidenomics’ That Self-Destructed in 2022
Insect-protein startup raises $250 million in funding
Gavin Newsom warns Democrats that Fox News hosts are dominating politics: ‘We are getting crushed’
What A Coincidence!!!