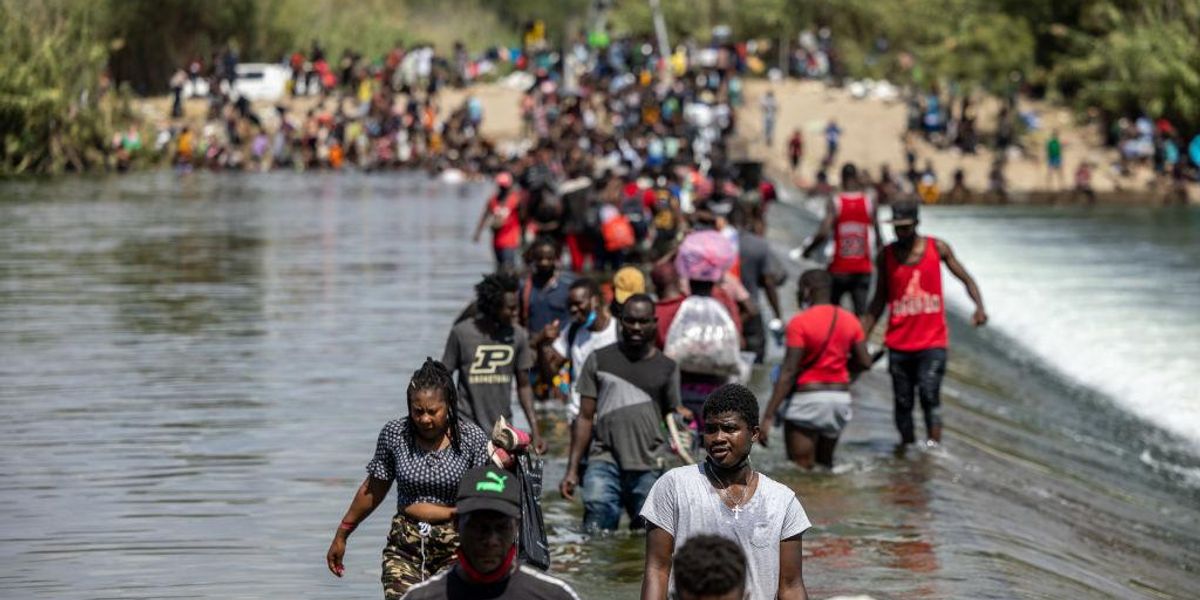 More than half of Americans say there is an “invasion” happening at the southern border. A new poll revealed that it isn’t just Republicans concerned with the overwhelming flow of illegal immigrants into the country – a significant number of Democrats are also troubled by the inrush of migrants.

According to an NPR/Ipsos poll released on Thursday, 54% of Americans believe that it is at least somewhat true that there is an “invasion at the southern border.” Broken down by political affiliation, 76% of Republicans say that there is an invasion happening at the U.S. border with Mexico, compared to 40% of Democrats and 46% of independents.

The poll was heavily skewed towards Democrats. Of the 1,116 survey participants, 516 were Democrats, 317 were Republicans, and 141 were independents.

The survey found that nearly half of all Americans say that “Democrats are working to open our borders to more immigrants,” including more than 70% of Republicans.

The poll found that 56% of Americans feel as though “immigrants are an important part of our American identity,” a steep decline from 2018 when 75% said the same.

The popularity of giving legal status to undocumented or illegal immigrants brought to the U.S. as children has dropped from 65% in 2018 to 51% in 2022.

In the poll, 73% of Americans said that the vast number of migrants apprehended at the southern border is a problem.

Customs and Border Protection (CBP) have made more than 2 million migrant encounters this fiscal year – which is a record.

“The migrant crisis escalated around the time the Biden administration took office, jumping from around 72,000 encounters at the end of 2020 to 173,000 by March 2021,” according to Fox News. “The numbers have not come close to dipping below the 150,000 encounters-a-month mark since then.”

“Republican leaders are increasingly framing the situation as an ‘invasion,'” the NPR article read. “Immigrant advocates say the word has a long history in white nationalist circles, and warn that such extreme rhetoric could provoke more violence against immigrants.”

Michigan man who shot elderly pro-life canvasser claims she was arguing with his wife and shooting was an ‘accident’
‘SO Absurd’; MRC’s Houck Scorches Liberal Media Snowflakes on ‘Fox News @ Night’
DOJ to invest $57M in the criminal justice system to support ‘reform and advance racial equity’
The Day the Vast Right-Wing Conspiracy Died
Leftist Michael Moore predicts ‘landslide’ against ‘Republican traitors’ in November; ‘Real Time’ host Bill Maher replies, ‘We are for all Americans on this show’