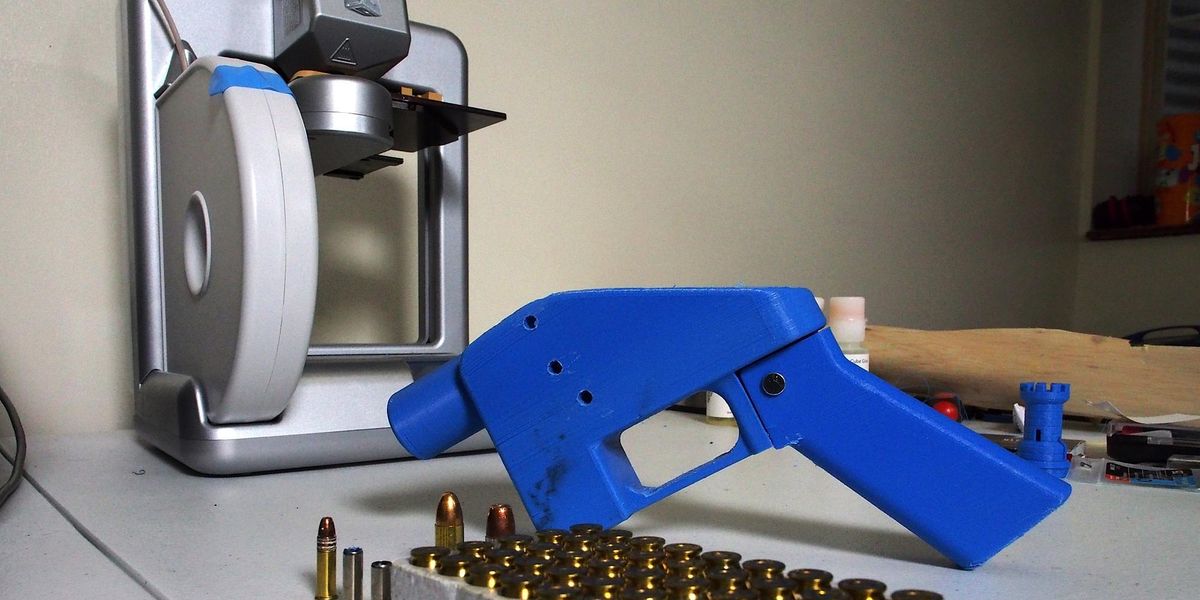 A New York man claimed that he was paid $21,000 for trading in 3D-printed guns at a government buyback event.

A man who identified himself as “Kem” noticed that the New York attorney general’s office was holding a gun buyback event at the Utica Police Department on Aug. 27. Kem allegedly 3D-printed dozens of guns on a $200 3D printer he got for Christmas.

Kem told WKTV, “I 3D-printed a bunch of lower receivers and frames for different kinds of firearms.”

The man reportedly drove six hours to the Utica Police Department to trade in the firearms.

He said that he negotiated all day with the staff of the attorney general’s office.

“And it ended with the guy and a lady from the budget office finally coming around with the 42 gift cards and counting them in front of me,” Kem explained. “$21,000 in $500 gift cards.”

New York Attorney General Letitia James announced that “296 firearms, including 177 ghost guns, were turned in to law enforcement at a gun buyback event hosted by her office and the Utica Police Department.”

“Since 2013, OAG has hosted gun buyback events throughout New York state and has successfully collected more than 5,300 firearms,” the statement read. “To date, Attorney General James has helped remove more than 3,300 guns out of communities since 2019.”

Kem mocked James, “I’m sure handing over $21,000 in gift cards to some punk kid after getting a bunch of plastic junk was a rousing success.”

On Wednesday, a spokesperson at the attorney general’s office responded, “It’s shameful that this individual exploited a program that has successfully taken thousands of guns off the streets to protect our communities from gun violence. We have partnered with local police throughout the state to recover more than 3,500 guns, and one individual’s greedy behavior won’t tarnish our work to promote public safety.”

“We have adjusted our policies to ensure that no one can exploit this program again for personal gain,” the spokesperson added.

Kem lampooned buyback events for not reducing firearm incidents, “Gun buybacks are a fantastic way of showing, number one, that your policies don’t work, and, number 2, you’re creating perverse demand. You’re causing people to show up to these events, and, they don’t actually reduce crime whatsoever.”

Four Sailors Assigned to the Same Virginia Naval Center Have Killed Themselves in the Last Month
Rejected #BamaRush Transgender Can’t Figure Out How Tampons Work
As I Mark 80 Years of Age…
German Nurse Swaps mRNA Vaxxes for Saline, Gets Probation
‘Look, I’ve had a bad month’: Democrat megadonor Sam Bankman-Fried says he didn’t ‘try to commit fraud’ and isn’t losing too much sleep over FTX collapse