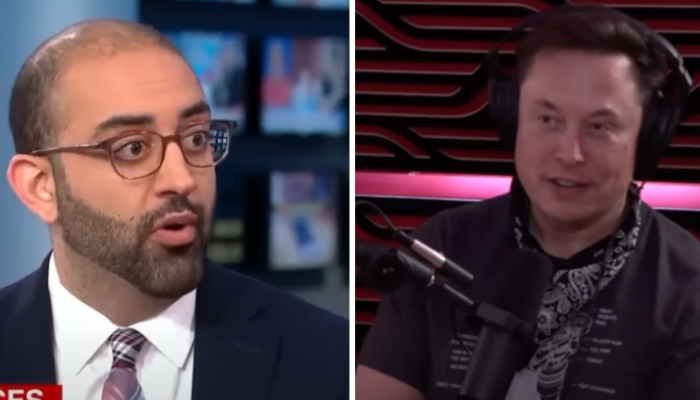 CNN senior media reporter Oliver Darcy acted like a flunky for the FBI, throwing a conniption over Twitter owner Elon Musk’s revelations that the bureau paid the platform millions to “censor” Americans. 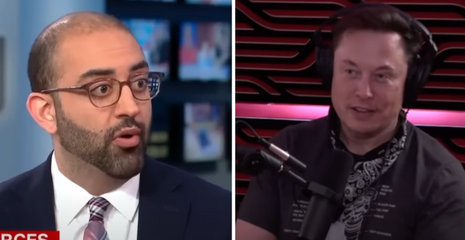 Darcy flailed in a Dec. 20 so-called “analysis” that Musk was “misleading the public — again.” He editorialized that “[t]he embattled billionaire, perhaps seeking to distract from the chaos he has wrought at his social media company, is making grossly misleading claims about Twitter and the FBI.” Darcy couldn’t handle Musk’s criticism that the FBI paying Twitter $3.4 million through a “reimbursement program” for staff time dedicated to “processing requests from the FBI” was related to censorship.

Government paid Twitter millions of dollars to censor info from the public https://t.co/eSEwcZlGjt

Darcy tried to portray Twitter as some kind of symbol of transparency. “Twitter’s guidelines for law enforcement, posted publicly on its website, openly disclose: ‘Twitter may seek reimbursement for costs associated with information produced pursuant to legal process and as permitted by law (e.g., under 18 U.S.C. §2706).’” This is the same platform that lied to the public about its shadowbanning.

Darcy painted himself as a legal savant by preaching how the “law” he cited effectively meant “the money Twitter collected had nothing to do with censoring anyone.” Rather, “The money was simply given as reimbursement for the processing of legal requests, similar to how a journalist might have to pay a fee for a government agency processing a Freedom of Information Act request.”

That Darcy managed to equate a journalist paying to get information from government via FOIA to government placing pressure on a Big Tech platform over gaining access to user data and processing “requests” on flagged accounts is appalling at worst and outright idiotic at best.

Newsflash Darcy: The FBI wasn’t “simply” paying Twitter for acquiescing to “mundane” government “requests.” In fact, the FBI’s “requests” may have violated the First Amendment. Heritage Foundation Senior Legal Fellow Hans von Spakovksy told Fox News that “when a private company is censoring information based on direction, coordination and cooperation with the government, then legally it may be considered to be acting as an agent for the government, and it may be found to be violating the First Amendment.” [Emphasis added.]

Former Ohio Deputy Attorney General Mark Weaver wrote in a Dec. 21 Newsweek op-ed that “[w]hen Twitter acquiesced to the FBI’s urging, it essentially became an agent [sic] of the government, and then wrongfully acquiesced to censor the speech of American citizens.” The fact there’s a paper trail involved just makes the optics and potential First Amendment violation concerns more serious.

The bureau’s backdoor antics directly impacted the ability of people to speak freely. Worse is that the FBI was even pressuring Twitter to produce private user data “outside of the normal search warrant process,” according to independent journalist Michael Shellenberger.

18. It’s not the first time that Twitter’s Roth has pushed back against the FBI. In January 2020, Roth resisted FBI efforts to get Twitter to share data outside of the normal search warrant process. pic.twitter.com/NAssnLMpds

An email from Twitter Director for Policy and Philanthropy Carlos Monje to employees said: “We have seen a sustained (If uncoordinated) effort by the IC [intelligence community] to push us to share more info & change our API policies.”

The FBI should have never communicated with Twitter about private user data outside of standard legal procedures. Period.

But Darcy injected his own definitions of “facts” and “information,” letting readers know he’s supposedly concerned about both of those things. “Facts be damned in the world we now live in. Musk’s claim [about the FBI paying Twitter for censorship] has absolutely saturated right-wing media,” Darcy wrote. “[T]he poisoning of that information well is also confusing others, who hear the nonsense and aren’t sure what to believe.”

Given Darcy’s sordid history of “poisoning” the “information well” with his ongoing leftist drivel, it’s unclear why anyone would take him seriously as a truth gatekeeper anyway. This is the same guy who flailed that Fox News as a network “works to cater to the fears of White America.” He would have us all believe that he’s a keyboard warrior for plebeians against misinformation, a self-aggrandizing image that is confusing others, who hear and read his nonsense and aren’t sure what to believe.