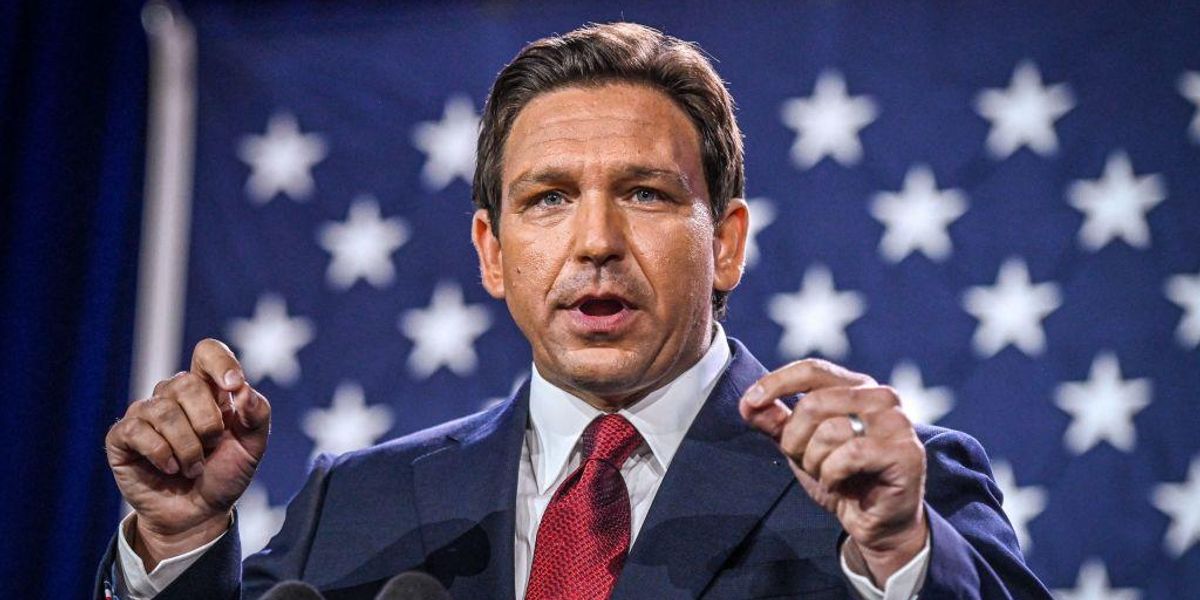 Florida Gov. Ron DeSantis has declared a state of emergency related to the arrival of “unauthorized aliens” in Florida.

The executive order calls for activating the Florida National Guard as necessary to handle the emergency.

“Because of the foregoing conditions, I hereby find that the migration of unauthorized aliens to the State of Florida is likely to constitute a major disaster. I therefore declare that a state of emergency exists in the State of Florida,” the executive order declares. “I order the Adjutant General to activate the Florida National Guard, as needed, to deal with this emergency.”

Dry Tortugas National Park, which is to the west of Key West, Florida, was recently closed to public access because of immigrants arriving there, but is slated to reopen January 8.

u201cEarlier today, the migrants were safely turned over to Border Patrol custody. We will continue to work alongside our interagency partners to apply the appropriate care & ensure the humane processing of these individuals, consistent with our laws.u00a0nn#Breaking #Update #Cuba #CBPu201d

DeSantis, a Republican, was recently sworn in for his second term.

“As the negative impacts of Biden’s lawless immigration policies continue unabated, the burden of the Biden administration’s failure falls on local law enforcement who lack the resources to deal with the crisis,” DeSantis said, according to a press release. “That is why I am activating the National Guard and directing state resources to help alleviate the strain on local resources. When Biden continues to ignore his legal responsibilities, we will step in to support our communities.”

Walmart employee hailed as hero after saving wounded woman from deranged shooter who returned to finish the job
WATCH: Speaker McCarthy DEMOLISHES PBS Reporter During Wild Presser
Australian homeowners should pay weekly land tax to indigenous people for ‘200 years of unchecked genocide,’ say senator and activists
‘Hawkeye’ actor had been trying to protect his adult nephew when run over by snowplow
Pennsylvania woman sentenced to life for deliberately helping girlfriend starve her young daughters to death: ‘Most horrific case I’ve ever experienced’