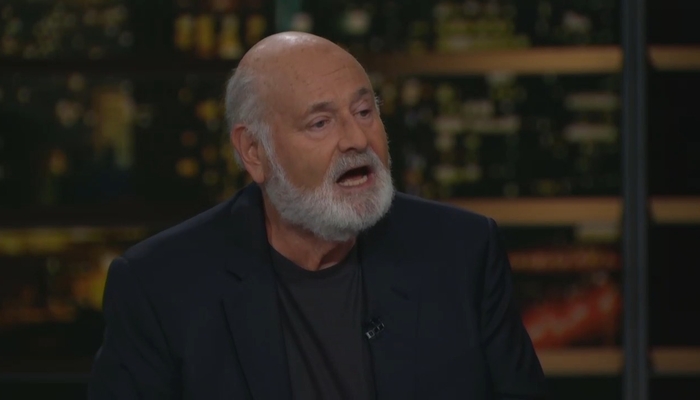 Adam Carolla had so much fun playing an August clip from “Real Time with Bill Maher” last year he played it again this week.

The snippet speaks volumes about where America is in the new year, divided by a media that keeps critical stories from half the country.

Carolla and longtime “Loveline” partner Dr. Drew Pinsky brought up the dearth of truth in society on the latest edition of “The Adam and Dr. Drew Show.” They mentioned the Russian collusion hoax and how Rep. Adam Schiff, the California Democrat, claimed it was real month after month, year after year, despite having access to more raw intelligence than the average citizen.

How’s that Trump impeachment evidence coming along? Oh…what’s that? You never had any? Exactly, so please keep talking, it’s all you’ve ever had, and it’s beneath cheap, it’s pathetic https://t.co/OYFUkCj6gW

“Did he actually think Trump was a catspaw for the Kremlin?” Carolla asked. “It’s impossible to think that, given the information that he had.”

‘”Rob Reiner is a useful idiot,” Carolla said of the legendary director. “You see him interviewed on [‘Real Time with Bill Maher’]. He watches CNN all day.”

The term “useful idiot,” according to Merriam-Webster, is, “a naive or credulous person who can be manipulated or exploited to advance a cause or political agenda.”

The duo then cued up the Reiner/Maher clip in question, noting how many lies Reiner spews in just a short span. The director claimed President Trump personally led an armed insurrection on the Capitol on Jan. 6, 2021.

Trump wasn’t at the Capitol, and his Tweets that day called for peace. The rioters who caused chaos within the Capitol weren’t armed with guns. Some used found objects in their clashes with the police, deplorable behavior in no uncertain terms.

Except they’re not lies to Reiner. It’s misinformation he learned from hard-Left news sources like CNN and MSNBC.

The clip also featured Maher quizzing his panel on the media hiding the Hunter Biden laptop scandal, revealed by the New York Post, during the 2020 presidential campaign. The scandal may have shifted the election to President Donald Trump had enough people heard about it.

Instead, both Big Tech and biased media outlets like NPR declared it Russian disinformation without investigating the report or showing evidence to bolster that claim. They eventually confirmed its accuracy, but by then all the presidential votes had been tallied.

Podcaster and pundit Sam Harris agreed with the stonewalling tactic. Anything that kept Trump from a second term was worth it, Harris argued.

BREAKING: Sam Harris admits the censorship of Hunter Biden’s laptop was a conspiracy to help Biden, and he stands by ithttps://t.co/u4C4f55lk7

Was it, Maher asked panelist Reiner, the director behind “Misery,” “The Princess Bride” and “Stand By Me.”

At first, Reiner said he wasn’t aware that the media hid the story. Later, he claimed he knew that reporters did just that.

“I think [Rob Reiner] is a talented guy, but he’s a dope. And the reason he’s a dope is because he’s forced it on himself,” Carolla said, noting how Reiner likely restricts his news access to MSNBC-like outlets with one news narrative.

“You’ve made yourself a dope by taking the spoon fed s*** that you’re only getting from the White House and CNN,” he said. “It’s not that Rob Reiner doesn’t have the intellectual firepower to be able to do this, he’s forced himself into being a dope by only getting information from one side.”

Maher, by contrast, is as liberal as Reiner but he consumes a variety of news sources. Dr. Pinsky said he talked about that tactic with Maher months earlier, and he found the HBO host eager for more sides of any given news story.

It’s how doctors were once told to conduct themselves.

‘We were taught to look for the truth,” Dr. Pinsky said. “That’s just gone.”

“Look, once you have Trump Derangement, it’s gone,” Carolla said.