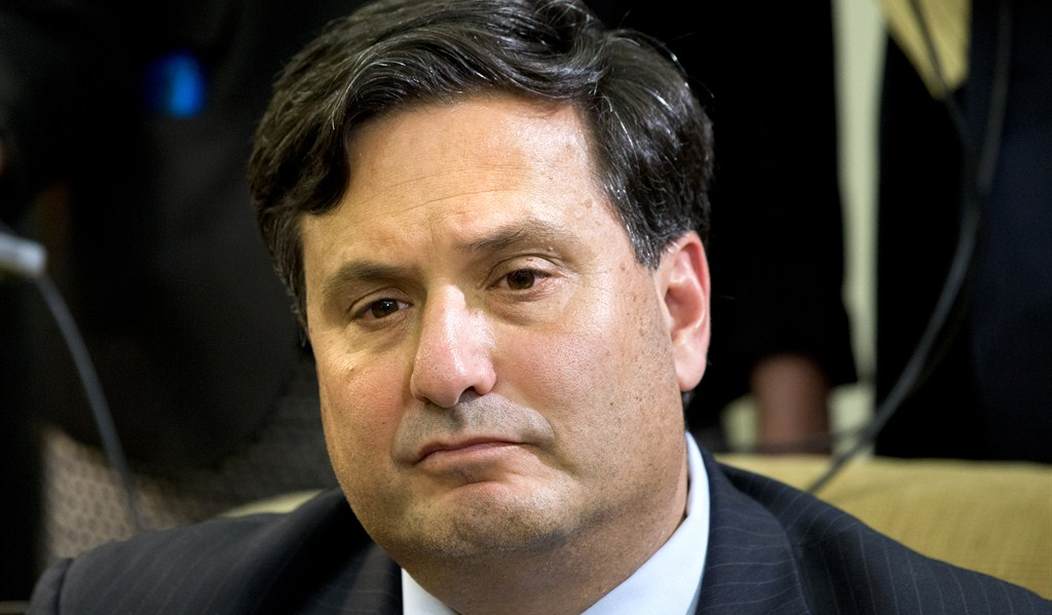 When it was first reported that longtime Bidenista Ron Klain would be stepping as White House Chief of Staff in the coming weeks, Republicans and Democrats alike were happy at the news. Klain is seen by many as the man really running things at the White House — because, obviously, Joe Biden isn’t mentally competent enough to be the true top of the totem pole, and his tenure has been seen as disastrous. He’s been accused of micromanaging the West Wing and has insulated Biden from receiving diverse bits of advice.

“The main criticisms of Klain, whether from current or former Biden staff members or those who consider themselves allies of the president, flow from a single idea: that Biden has strayed from his core brand as a pragmatic, empathetic politician who won the Democratic nomination as a moderate willing to compromise,” NBC News reported last year. “They see Klain as the person responsible for that.”

Earlier this week, it was reported that Klain’s replacement will be Jeff Zients, an Obama administration retread who also served as Joe Biden’s White House Coronavirus Response Coordinator until April 2022.

So the question is, will Zients be any better at being a shadow president than Ron Klain? It doesn’t look like anyone is particularly happy with the choice. Leftists were predictably disappointed because Zients is white, male, and heterosexual, and they were hoping for yet another affirmative action pick. But, aside from his failure to check off various diversity boxes, liberals are suspicious of Zients because of his corporate background.

But I couldn’t care less about how many diversity points he gets. Is he going to right the ship? I suspect not. As an Obama administration alum and his clearly ineffective tenure as White House Coronavirus Response Coordinator, we have plenty of reasons to be less than optimistic that he’ll be a decent puppeteer.

Remember how Joe Biden said that he was going to “shut down the virus?” Well, under Zients tenure as Biden’s COVID Czar, COVID-19 cases reached levels much higher than they had under Donald Trump. Less than a year into his presidency, more Americans died from COVID on Joe Biden’s watch than under Trump. Under Zients’ leadership, the Biden administration embraced a COVID strategy based entirely on pushing people to get vaccinated without any additional focus on therapeutics. Zients is a true Branch COVIDian who helped perpetuate the “pandemic of the vaccinated” lie.

“For the unvaccinated, you’re looking at a winter of severe illness and death — for yourselves, your families, and the hospitals you may soon overwhelm,” Zients predicted back in December 2021.

White House Coronavirus Response Coordinator: “For the unvaccinated, you’re looking at a winter of severe illness and death—for yourselves, your families, and the hospitals you may soon overwhelm.” pic.twitter.com/svwUGFgsBc

That prediction didn’t pan out, as we all know. Frankly, nothing the White House did to keep COVID under control seemed to work. In fact, experts and former Biden officials admitted last year that things went “backward” under the Biden administration.

“The White House’s stay-the-course strategy on Covid is increasingly colliding with the realities of a roaring pandemic that is forcing schools and businesses to close,” NBC News reported last January. “A half dozen former health policymakers, including some members of Biden’s transition team, told NBC News the Biden administration needs an urgent reset on its Covid strategy or the White House could rapidly lose credibility with the public.”

Honestly, how this guy got a promotion is perhaps a bigger question than if he’ll do a better job than his predecessor, Ron Klain.