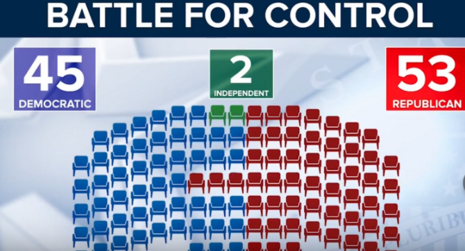 The social media researcher who warned about Google’s power to shift the election said that the company may be focusing on a new solution: the United States Senate.

Dr. Robert Epstein, senior research psychologist at the American Institute for Behavioral Research and Technology, told the Media Research Center that Google is “now focusing most of their vote shifting power on the Senate races, where big-margin outcomes will be hard to contest.” Thirty-five seats in the Senate are up for election on Nov. 3, 2020. Out of those races, 23 seats currently belong to Republicans.

Epstein theorized that Google had the power to “mobilize the base supporters of Democratic candidates to register to vote and then to vote; they can discourage some Republican voters from registering to vote or voting.” He wrote that the company had “at least 9 million undecided voters they can still play with.”

A Google search not affiliated with an account shows the search bar auto-completes certain terms with “senate.” When a user types in “flip the,” “senate” shows up three times. 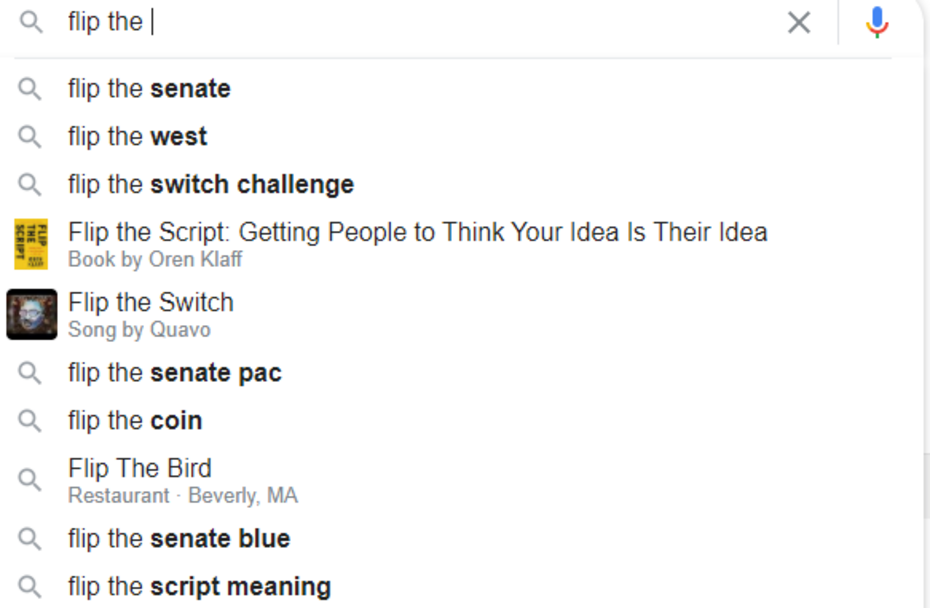 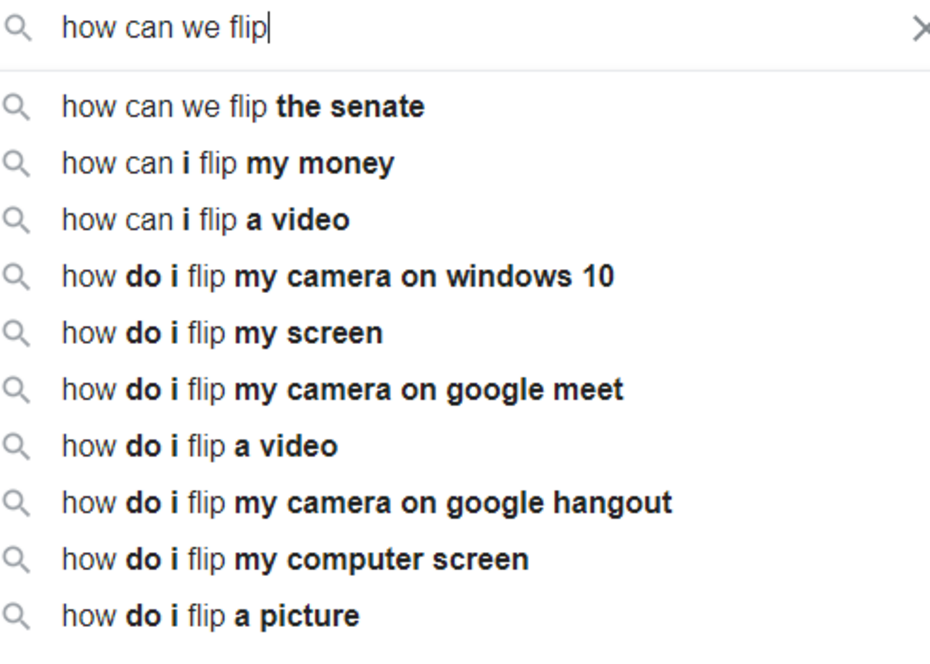 Searches that involve the term “democrat” also auto-complete with “flip the senate.” In addition, when it comes to a search with the term “Mitch,” the first name of Senate Majority Leader Mitch McConnell, Google auto-completes with “vote mitch mcconnell out.”

The official Google blog stated, “How do we determine these predictions? We look at the real searches that happen on Google and show common and trending ones relevant to the characters that are entered and also related to your location and previous searches.”

However, a look at Google Trends shows that interest in the term “flip the senate” has been in steady decline since September 26.

A report in Psychology Today noted that “Trump has generated by far the most search interest both nationally, and in each and every state.” However, Epstein countered Psychology Today’s statement by saying, “Google controls people’s perceptions about what kind of search activity is occurring. They have complete control over the numbers they display. And while it should surprise no one that Trump generates a lot of online activity, we’re only aware of those big numbers (if they’re even real) because Google wants us to be aware of them.”

Eight Republican-held Senate seats, according to USA Today, have the potential to flip. Google has the power, said Epstein, to be “personalizing the content of newsfeeds, search suggestions, search results, answer boxes, and other ephemeral content.” These actions could direct specific kinds of people to register to vote, to goad unwilling voters into voting, and convince specific kinds of people not to vote.

In the previous presidential election, Google’s Multicultural Marketing department head, Eliana Murillo, wrote an email that was later leaked to Fox News. Murillo admitted to engaging in “non-partisan activities” meant to boost the Latino vote, but only “71% of Latinos voted for Hillary, and that wasn’t enough.”  In another video leaked to Project Veritas, Google Responsible Innovation Head, Jen Gennai, said that “breaking up Google” would not “prevent the next Trump situation.”

Why would Google put so much effort into manipulating votes in order to flip the Senate? Epstein said, “That will guarantee a Democratic Senate, which will leave a Trump presidency powerless.”

Conservatives Are Under Attack: Contact Google at 1-855-836-1987 and demand that the platform provide transparency: Companies need to design open systems so that they can be held accountable, while giving weight to privacy concerns. If you have been censored, contact us at the Media Research Center contact form, and help us hold Big Tech accountable.