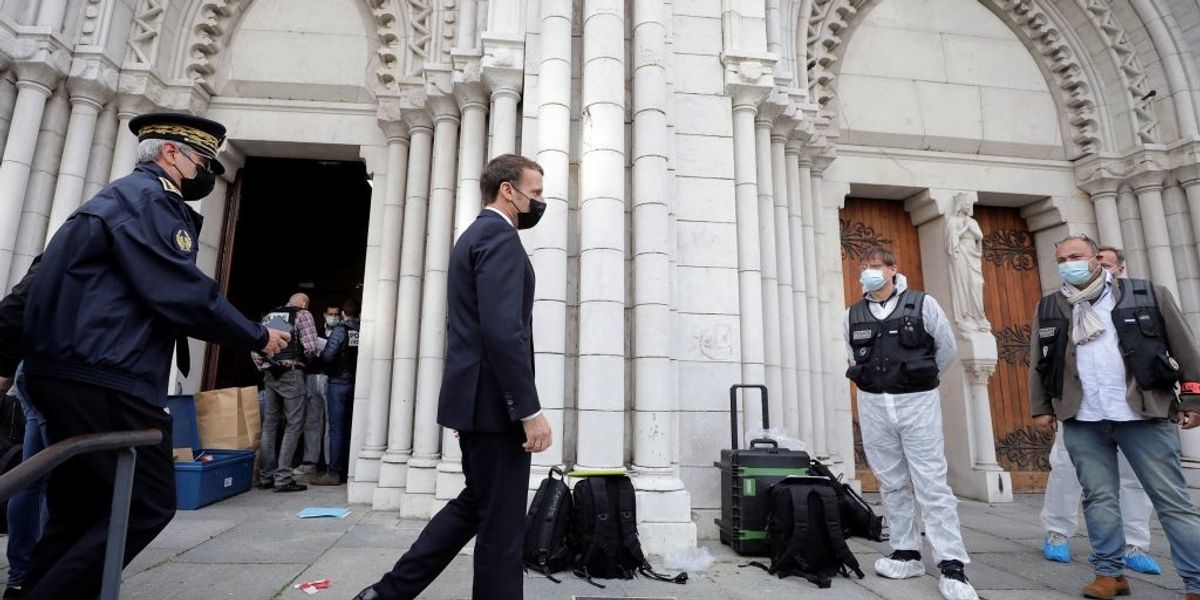 Reports from Nice, France, indicate that at least three people have been brutally attacked, including one who was beheaded and another two who have been confirmed dead, inside a church in Nice, France.

The mayor of Nice, Christian Estrosi, has already stated that “everything points to a terrorist attack” as the country faces increasing unrest in its Muslim community over the display of cartoons depicting the prophet Mohammad.

Initial reports indicated that the attack occurred at the Notre Dame Basilica in Nice, and that three people had been attacked. Two people were killed at the scene in what Estrosi described as a “horrible way.” It was later revealed that at least one victim had been beheaded. A third person was able to flee the attacker after being stabbed, but medical personnel were reportedly not able to save the victim’s life. The victims are reportedly two men and a women, but they have not yet been identified.

According to NPR, Estrosi called this was an attack on the whole Christian world and noted that he had already spoken with French President Emmanuel Macron.

The attacker was reportedly shot by police, according to CNN, but remains alive. According to Radio France Internationale, Estrosi reported that the attacker continued yelling “Allahu Akbar” even after being administered pain medication and sedation for his gunshot wound.

The shocking attack comes as the Muslim world has fumed with anger at the French government for refusing to take action against French citizens for public displays of the prophet Mohammad. Those displays are, in turn, a show of solidarity and support for free expression after a French school teacher was beheaded by a Chechen refugee on Oct. 16 in an apparent reprisal for having shown the Mohammad cartoons to his class.

Many heads of state of majority-Muslim countries have called for a boycott of French goods and protests — some violent — have erupted across the globe. Turkish dictator Recep Tayyip Erdogan has been particularly pointed in his criticism of Macron’s defense of free expression, to the point that France has recalled its ambassador to Turkey.

Muslim anger directed at France has become so acute that the French government has warned its citizens about traveling abroad in certain countries.

A visibly disturbed Macron visited the site of the attack and toured the site with Estrosi later on Thursday. Macron thanked police officers present for their work apprehending the suspect and condemned the attack. The French National Assembly held a moment of silence for the victims early on Thursday after news of the attack broke.