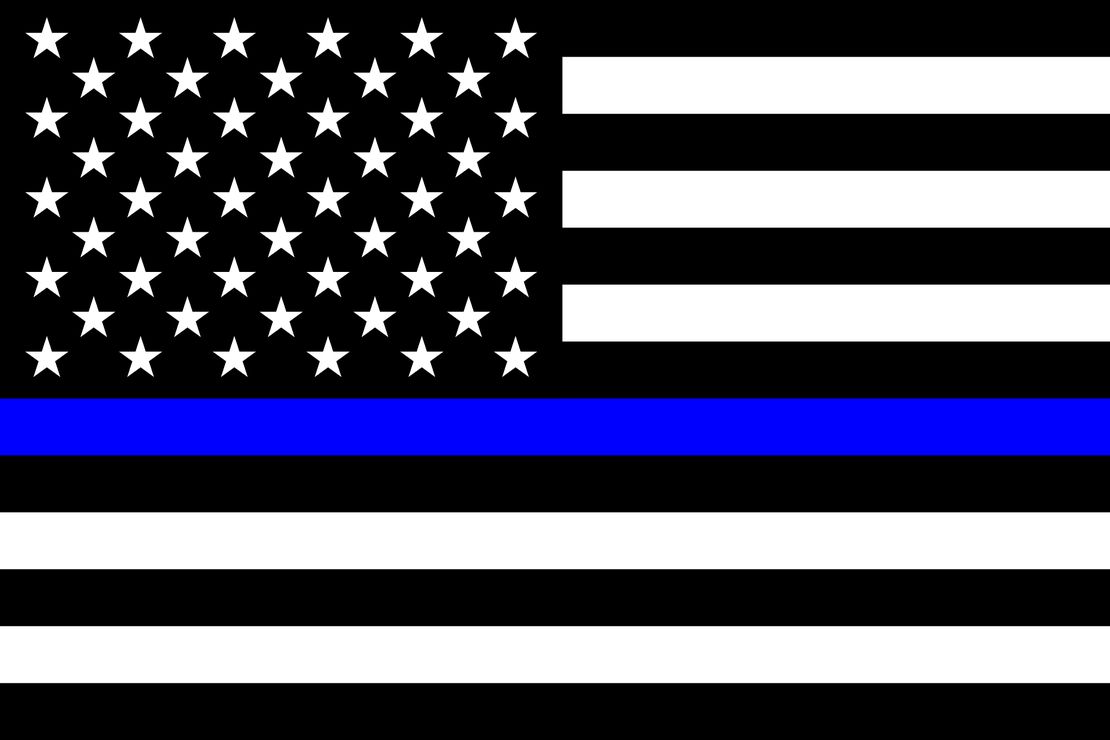 Many on the Right did a double-take when the “fact-checkers” at the Poynter Institute’s PolitiFact said it was “mostly true” that the “thin blue line” flag that features prominently at Trump rallies is actually an “anti-Black Lives Matter” flag.

Indeed, the circular logic PolitiFact used to justify calling a flag to honor the courage and sacrifice of the police — our only barrier to protect from utter chaos — is indicative of how those of us who support the police will be branded as “racists” for standing up for the law.

Apparently, the flag hurts some people’s feelings and, of course, in 21st-century America, we can’t have any of that.

Politifact explored the claim, noting that Thin Blue Line USA began marketing the flag in 2014, shortly after the Black [Lives] Matter movement picked up steam. Politifact even cited a Marshall Project story about the origins of the flag.

But Jacob made the mistake of mentioning where he had first seen the flag.

[Jacob] told [the] Marshall Project that the flag was not a direct reaction to the first Black Lives Matter protests, but admitted he may have first noticed the image during widespread pro-police response to the protests.

The “pro-police movement” came into being when cops were being abandoned by politicians and routinely referred to as “murderers” by black activists. It started when the families and friends of police officers began showing up at Black Lives Matter demonstrations to support their loved ones battling for order in the streets. Naturally, it grew from there.

But PolitiFact had to bring Trump into the picture, even though the flag and the movement predate his presidency.

“That said, while it is possible to support both, Trump has made clear he opposes the Black Lives Matter protests — and made that opposition, and a strong law-and-order message, a prominent part of his re-election campaign. So, those attending the rally or seeing the images could easily see the flag as an ‘anti Black Lives Matter flag,’” Politifact wrote. “We rate the claim Mostly True.”

Trump opposes riots and looting; that much he’s made clear. He has also said on several occasions that people have a right to protest as long as they do it peacefully.

So someone should fact-check PolitiFact for its statement that Trump clearly “opposes the Black Lives Matter protests.” That’s an outright lie that I claim is “100 percent false.”

The question of how prominent the Blue Lives Matter flag is featured at Trump rallies is all a matter of perspective — not fact-checking. But what’s really troubling is that any opposition to Black Lives Matter is now seen as racist. You can’t criticize their violent rhetoric. You can’t point out their loony ideas about reform. You can’t criticize individuals in the movement because doing so shows how much of a Kluxer you are.

Poll: Small business owners are increasingly pessimistic about the future of the economy
DC archdiocese mistakenly sends reporter email showing the local archbishop will ignore Pelosi controversy
Oklahoma Has A Legendary Week For The Fight For Our Kids
CNN Hypes ‘Some Activists’ Say Abortion Bans Are ‘White Supremacy’
CBS Laments GOP Remains in ‘Lockstep’ with NRA