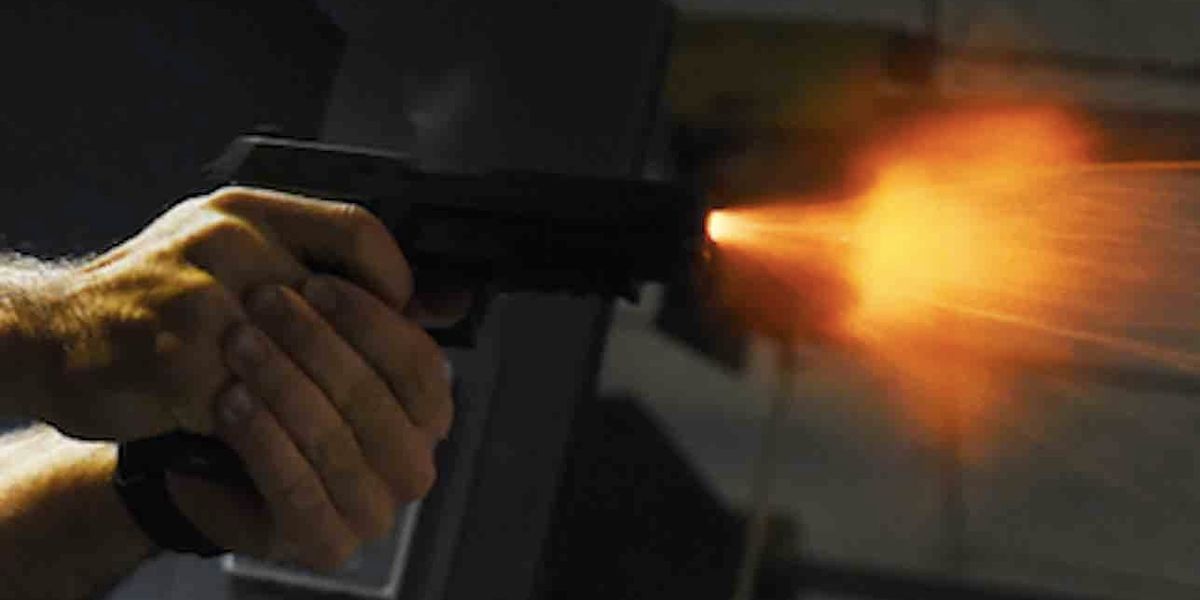 Looks like yet another criminal didn’t pay attention to the growing number of headlines announcing that law-abiding citizens in greater and greater numbers are deciding it’s time to arm themselves with guns — and use them if necessary.

Philadelphia police said a Wingstop in the 2100 block of Cottman Avenue — located in the northeast section of the city — was open for takeout Sunday night and was staffed with three employees when a 53-year-old man walked in around 10:30 p.m. wearing a mask and gloves, WPVI-TV reported.

Employees said the man pointed a gun and ordered them to empty the drawer, the station said.

But investigators said a customer soon walked into the store while talking on his cellphone, WPVI reported.

“And that’s when the robber pointed a gun at that customer and demanded his cell phone,” Chief Inspector Scott Small told the station. “The customer, who is in his late 20s, pulled his gun, fired one shot at the perpetrator, striking him in the neck.”

The shot was fatal — and the customer who pulled the trigger has a license to carry, WXTF-TV reported.

In addition, WXTF said the three employees and the customer all told the same story to police, and surveillance video showed that when the customer handed over his phone to the suspect, it was at that moment — when the suspect was busy holding a gun and customer’s cellphone — that the customer saw an opening and fired his own gun.

Police found the suspect dead behind the counter, WXTF added.

Authorities added to WPVI that the suspect had prior run-ins with the law.

The customer is cooperating with the investigation, and police said it doesn’t appear as though he’ll face any charges, the station said. Police also said they found one spent shell casing on the customer side of the counter, WPVI reported.

A WXTF reporter said on camera that the Wingstop is open until midnight and that on a Sunday full of football games, it’s a “tempting target” for crooks “thinking there’s a whole lot of cash in there.”

But on this night, the suspect came away empty handed in more ways than one.