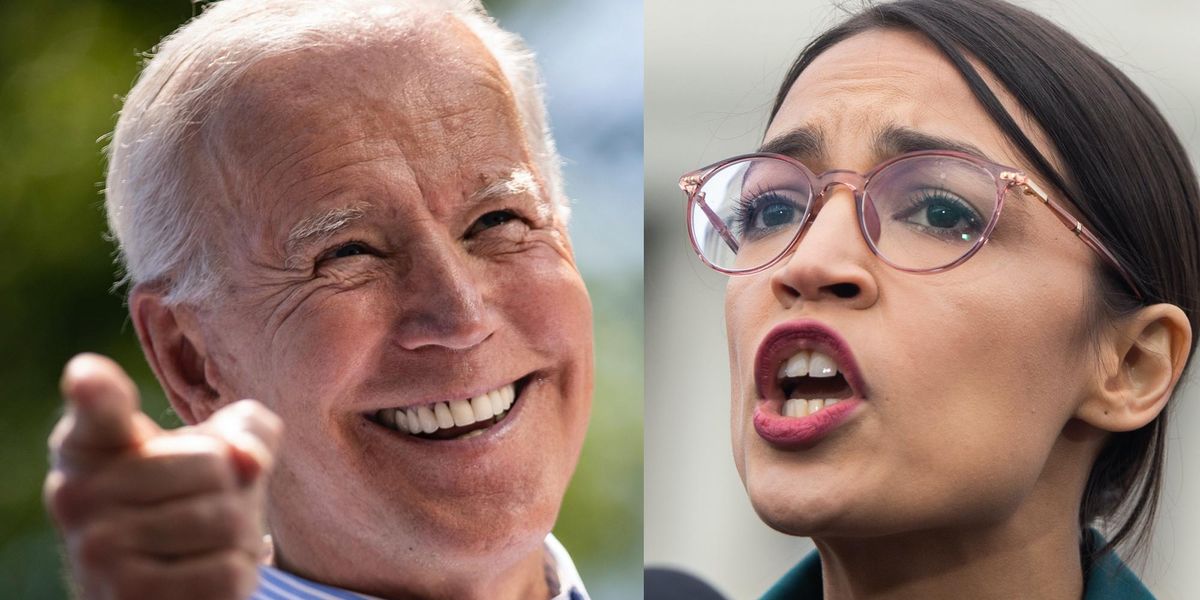 President Joe Biden implemented by executive action on Wednesday some of the climate change policies advocated in the Green New Deal after he said that he didn’t support it in 2019.

Socialist Democrat Rep. Alexandria Ocasio-Cortez of New York, who was one of the main authors of the controversial plan, confirmed that she was pleased with the orders from Biden that were similar to the Green New Deal.

Biden sang a different tune during the first presidential debate against former President Donald Trump in September 2019 when he was backed into a corner and moderator Chris Wallace asked him directly if he supported the Green New Deal.

“No, I don’t support the Green New Deal,” Biden said at the time.

“I support the Biden plan that I put forward. The Biden plan, which is different than what he calls the radical Green New Deal,” Biden said.

Part of Biden’s executive orders include:

Ocasio-Cortez hinted, “It’s almost as if we helped shape the platform,” when a reporter noted the similarity between Biden’s actions and the Green New Deal.

It’s almost as if we helped shape the platform 😉 https://t.co/zXn3VcAbYw

She also took credit for a “Civilian Climate Corps,” an apprenticeship program for young people to train them for jobs in the climate energy industry.

In July of 2019, the chief of staff for Ocasio-Cortez at the time admitted that the real intent of the Green New Deal was not to battle climate change, but to change the entire economy.

The Biden orders are expected to cost approximately $2 trillion, while some estimates placed the cost of the Green New Deal from Ocasio-Cortez at close to $100 trillion. The socialist democrat fumed at this estimate and said that it would only cost about $10 trillion, which is more than twice the size of the current federal budget.

BBC apologizes after airing interview with imposter claiming to be Sen. Cory Booker
Commentary: More and more Americans are realizing that Dr. Fauci is not their friend
6 Dr. Seuss Books Won’t be Published Because of “Racist and Insensitive” Imagery
Americans See Through Democrats’ New War on Terror Rhetoric
Study Finds That American Corporate Brand You Like Is Probably Linked to China’s Force Labor Camps