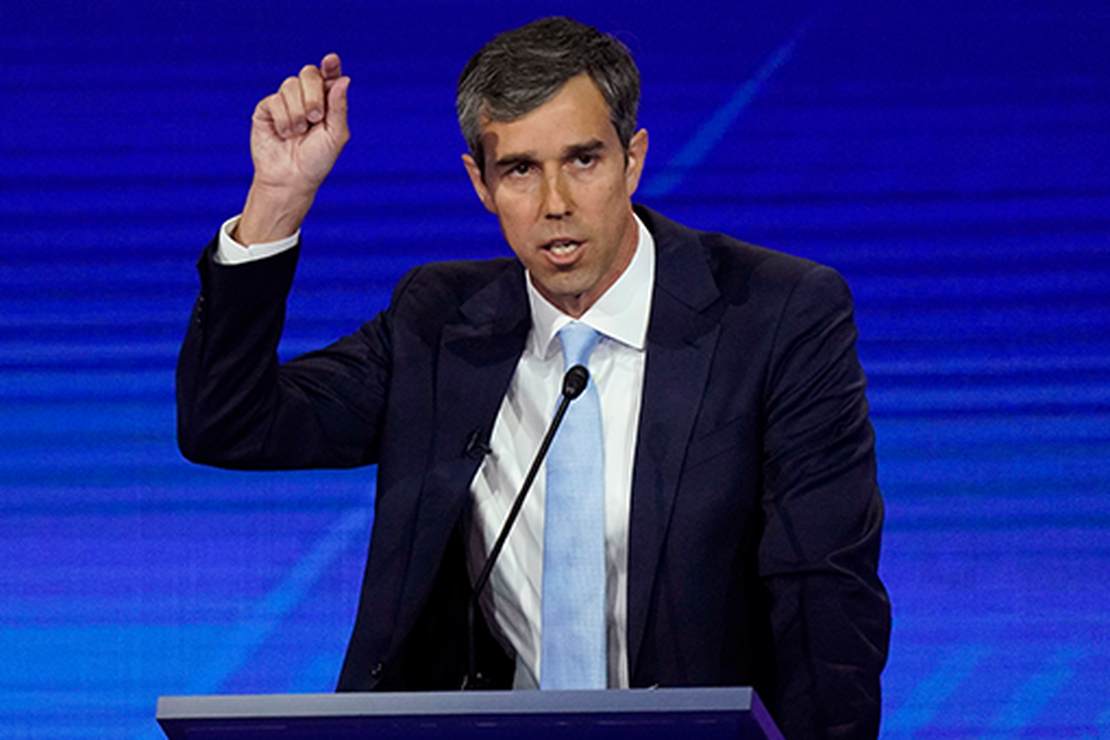 The man who said, “Hell yes! We’re going to take your” guns is now making an apparent bid for the Texas governorship. Beto O’Rourke, the former congressman and twice-failed candidate —for the Senate and the presidency — laid into GOP Governor Gregg Abbott for his shortcomings after telling on El Paso radio station KLAQ that he would “think about” a run.

That’s all it took to get Texas liberals’ hearts a-fluttering as the former folk singer readies another try for high office. For Abbott’s part, he indicated what his main line of attack will be.

“You’re talking about a person who says they want to run for governor who said, ‘Heck yes,’ he’s gonna come and take your guns,” Abbott said Thursday at a news conference in Odessa. “Heck yes, he’s for open borders. Heck yes, he’s for killing the energy sector and fossil fuels in the state of Texas. I don’t think that’s gonna sell real well.”

O’Rourke took that “sell real well” comment and ran with it.

And while you’re busy selling yourself to the NRA, you’re letting down working Texans. $7.25 minimum wage! You undermine unions & the right to organize. Nearly half of teachers work a second job because you won’t support the women and men who are educating our children. 6/8

Whether or not I run, I will do everything in my power to elect a Governor who looks out for everyone, keeps Texans safe, answers to the people instead of the special interests & guarantees that we all have equal opportunity to achieve our best in life. 8/8

O’Rourke has made a career out of reminding liberal journalists and voters of John F. Kennedy. He’s been the “next JFK” since he got into politics. One JFK was bad enough. Having a folksy version of Kennedy is a disaster waiting to happen.

O’Rourke’s campaign for president was punctuated by the El Paso massacre. The shooter’s manifesto had expressed anti-immigrant sentiment. So naturally, O’Rourke found it easy to blame Donald Trump for the shooting.

After the El Paso attack, O’Rourke blamed Trump and his rhetoric for fueling the gunman, who left behind an anti-immigrant manifesto. O’Rourke pressed that argument at the debate, saying there is a “white supremacist in the White House, and he poses a mortal threat to people of color across the country.”

O’Rourke faces long odds if he decides to run. Republicans have numerous statewide advantages and O’Rourke’s schtick doesn’t play well in many rural areas of the state. Every time Abbott mentions his gun-grabbing comment, he will lose votes.

It will also be the first election held under political maps cut to fit the 2020 census numbers. The Texas Legislature will draw those maps this year, as soon as it gets those census results, and it’s reasonable to expect that the Republican majorities in the House and Senate will join with the Republican governor to draw maps that favor GOP candidates.

Those maps will then promptly be challenged in court and redrawn by some liberal judge who skews the vote toward Democrats. It’s the same story that happened a decade ago.

O’Rourke has high name recognition and high approval among Democrats so if he runs, he’s a probable primary winner. But Abbott is one of the most successful politicians in Texas history — Republican or Democrat. He’s been winning statewide offices for 25 years, serving on the Texas Supreme Court, as attorney general, and then elected twice as governor. He won the last Republican primary with 90 percent of the vote. O’Rourke won’t be as lucky.

Beto is easily one of the most hated of Democrats because he’s all style and no substance. His rancid policies and divisive rhetoric don’t win him any friends on the Right, either. It will be an interesting race for governor, but probably not very close.

Beto Suggests Anyone Who Votes for Trump Is a Racist