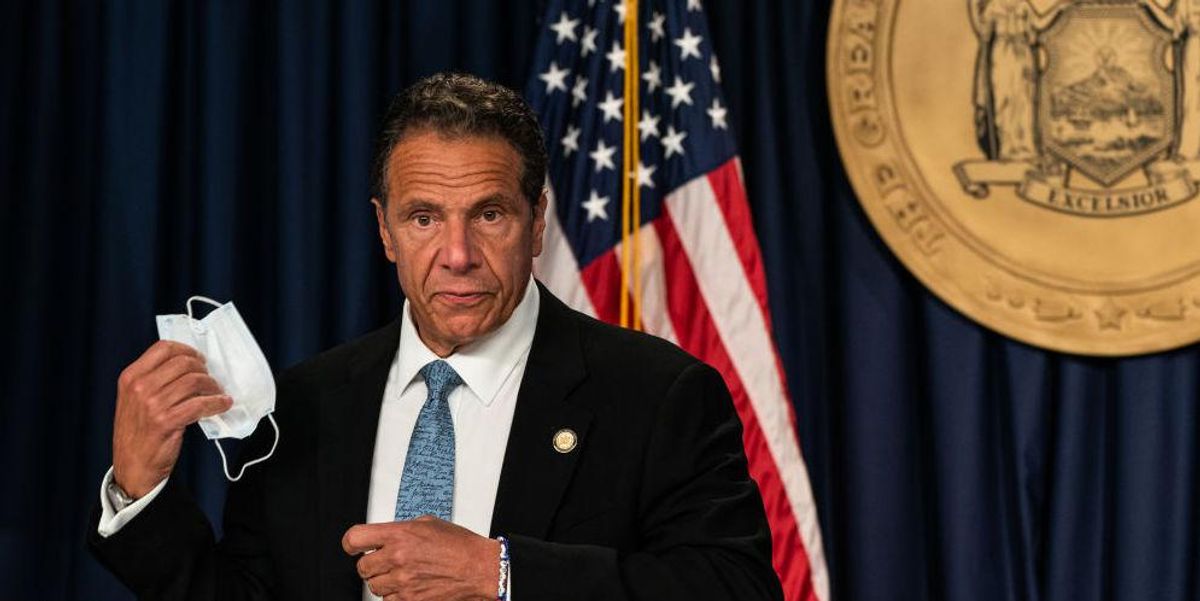 Already saddled with a nursing home scandal in the Empire State for which Cuomo has blamed Republicans and former President Donald Trump, more Democrats are calling for an investigation into Cuomo after another woman came forward with allegations that Cuomo sexually harassed her.

“I understood that the governor wanted to sleep with me, and felt horribly uncomfortable and scared,” Charlotte Bennett told the New York Times. “And was wondering how I was going to get out of it and assumed it was the end of my job.”

Many of New York’s top Democratic politicians called for an “independent investigation.”

New York state Senate Majority Leader Andrea Stewart-Cousins said, “The continued allegations are deeply disturbing and concerning. The behavior described has no place in the workplace. A truly independent investigation must begin immediately.”

New York Assembly Speaker Carl Heastie (D) said, “As I previously stated, all allegations of harassment must be taken seriously. A truly independent investigation is warranted.”

Even Lt. Gov Kathy Hochu (D) said, “Everyone deserves to have their voice heard and taken seriously. I support an independent review.”

“[Y]ou are a monster, and it is time for you to go. Now,” New York state Sen. Alessandra Biaggi (D) wrote on Twitter.

.@NYGovCuomo, you are a monster, and it is time for you to go. Now.

“The assertions against Governor Andrew M. Cuomo by Charlotte Bennett detail behavior that is unacceptable,” Biaggi also said in a statement. “I am especially horrified by the comments the Governor made to Charlotte about her experience with sexual assault — comments he did not deny making. They are the epitome of a hostile work environment.”

“As a New Yorker, a legislator, Chair of the Senate Ethics and Internal Governance Committee and a survivor of sexual abuse, I am calling for Governor Cuomo to resign,” Biaggi added.

Allegations of sexual harassment should always be taken seriously. There must be a truly independent investigation to thoroughly review these troubling allegations against the governor, and I stand ready to oversee that investigation and make any appointments necessary. Given state law, this can only be accomplished through an official referral from the governor’s office based on State Law (§ 63-8) and must include subpoena power. I urge the governor to make this referral immediately.

Cuomo’s office later claimed Sunday that it had requested an independent investigation into the allegations.

NPR has an anonymous hotline for employees to rat each other out for not wearing masks — under penalty of termination
The Most Important Testimony in Durham’s Case Against Sussmann
Erdogan Looking to Leverage Turkey’s Support of NATO Expansion
Teenage Girl Trafficked From Dallas NBA Game, Found In Oklahoma 10 Days Later
Pro-transgender video for kindergarteners says a doctor can make a ‘mistake’ about a baby’s gender. Clip just got removed from Maine’s Dept. of Education website.