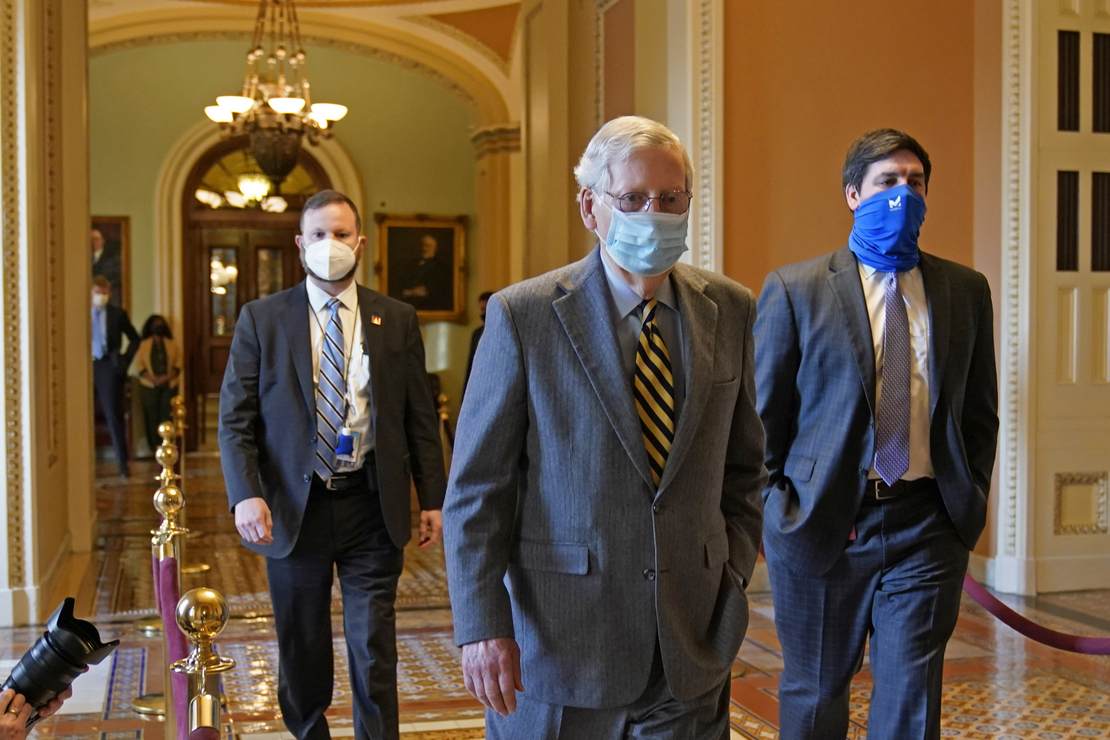 The Senate has passed a coronavirus relief bill that will cost $1.9 billion.

The party-line vote was 50-49. Republican Senator Dan Sullivan of Alaska had to rush home to attend the funeral of his father-in-law. His absence meant that Vice President Kamala Harris did not have to cast her tie-breaking vote as president pro tempore.

The Senate had been tied up for days debating and voting on dozens of amendments offered by Republicans who sought to slow down the process to crawl. But Majority Leader Senator Chuck Schumer and the White House forged ahead until a vote was assured.

It’s debatable how much of that $1.9 trillion will go toward actual pandemic relief and how much there is in payoffs to Democratic constituencies who helped elect Joe Biden president.

The package includes $130 billion in funds for K-12 schools, intended to help districts reduce class sizes to accommodate social distancing, improve ventilation systems, and make other changes. One measure introduced by Senator Maggie Hassan (D., N.H.) requires schools that receive funding to provide reopening plans within 30 days. However, the relief bill does not mandate that schools reopen for in-person learning.

The bill also provides $350 billion to state and local governments, in measures Republicans have criticized as “blue-state bailouts.”

The bill also includes $1400 in individual payments to most taxpayers. Payments are phased out for individuals making $80,000 and married couples making $160,000.

The bill now goes to the House where the two versions will be reconciled and sent to the president.

60 Minutes Tries to Pull DeSantis Hit Piece Story Out of the Crapper and It Backfires Spectacularly
J.D. Vance blasts inaccurate news reports about his exit from AppHarvest ahead of likely Senate run
Horowitz: Why Daunte Wright’s aggravated robbery charge matters so much
The Rise and Fall of the Lincoln Project
Biden is still seizing private land for the border wall even though nothing is being built