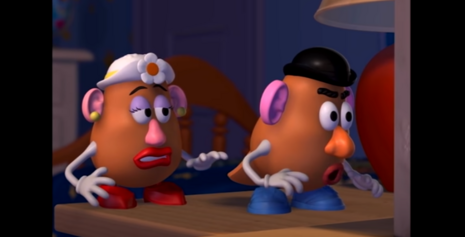 Cancel culture is racist. Not the actual act, of course. But the term itself. The Washington Post on Monday didn’t seem to have much of a problem with the action of cancelling people, just the phrase which Post writer Clyde McGrady sneered as a “white grievance word.”

After connecting the phrase back to 1980s songwriter Nile Rodgers, McGrady lamented that it’s now being used by people like Republican Congressman Jim Jordan, someone the writer calls “a 57-year-old White Republican from Ohio.”

Terms such as “lit” and “bae” and “on fleek” — or, if you’re a little older, “fly” and “funky” and “uptight” — have been mined by White people for their proximity to Black cool. The word “cool” itself emerged from Black culture. “I do not know what white Americans would sound like if there had never been any black people in the United States,” James Baldwin wrote in 1979, “but they would not sound the way they sound.”

With “canceled” and “woke,” there’s a twist: Not only have these words been appropriated from Black culture, but they have also been weaponized to sneer at the values of many young Black liberals.

After citing the usage of a generalized version of the term in the 1991 film New Jack City, McGrady declared early “cancellations” as no big deal:

Declaring someone or something “canceled” on Twitter was not really an attempt to activate a boycott or run anyone from the public square. Cancellations were more of a personal decision, a way to say we don’t really kick it anymore: You stepped out of line, and now I’m done with you. (Think Black fans expressing disgust with Justin Timberlake for dissing Prince.) Saying someone was “canceled” was more like changing the channel — and telling your friends and followers about it — than demanding that the TV execs take the program off the air. The power of cancellation lay with the canceler: How much social capital were they divesting, and how many others would follow suit?

He then shifted “‘Cancel’ is now just another word that White people have taken and run into the ground.”

So, there you go. Cancel culture (the term) is racist and should be cancelled. But the practice? No real objections from The Washington Post.

The same journalist in January cheered far-left Democrat Raphael Warnock with a headline gushing, “A Campaign for Higher Ground.”

Judge: Minnesota Officers Can’t Arrest, Use Force against Reporters Covering Daunte Wright Protests
Manhattan District Attorney announces that his office will no longer prosecute prostitution crimes
Conservatives Need to Help Families — Join Us for a Debate on How This Tuesday
Lester Holt Skips Naming Capitol Cop Killer Noah Green, or His Farrakhan Love
Church leaders warn that vaccine passports are “most dangerous policy proposal ever made”