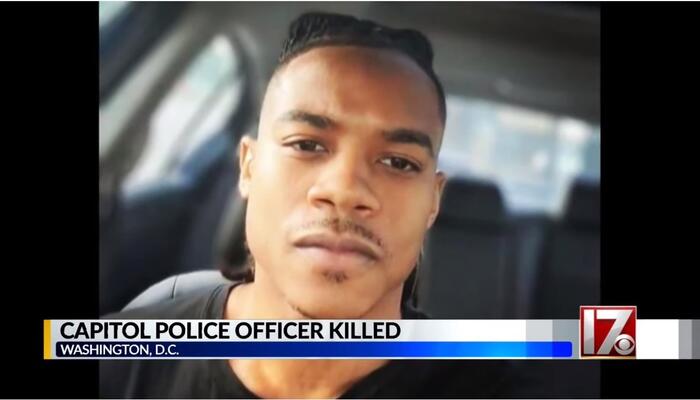 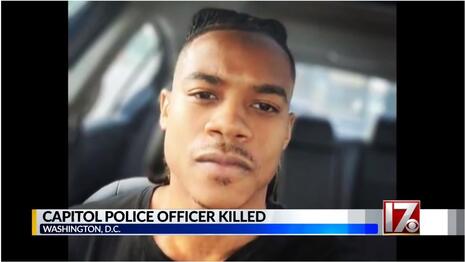 The Washington Post pulled their archives from the Nexis database last year. So it took careful day-by-day attention since Saturday to answer the question: How aggressively did the Post cover the inconvenient truth that Capitol Police killer Noah Green was a “Follower of Farrakhan”? The answer is they tried to bury that angle.

On Saturday, Green’s killing of officer Billy Evans by automobile (and his being shot dead by other Capitol Police officers after he got out of the car with a long knife) was on Page One. But the Farrakhan angle was way down in paragraph 26, inside the paper on page A-8:

On his Facebook page, Green listed himself as a “Follower of Farrakhan” — an apparent reference to Louis Farrakhan, leader of the black nationalist group Nation of Islam. His last post links to a video by the Nation of Islam leader Elijah Muhammad that Green said was a “divine warning to us all during these last days of our world as we know it.”

Another article on Green’s troubled life in recent years — also on page A-8 – had one similar Farrakhan paragraph, and it was paragraph 14. The verbiage was identical.

On Sunday, the story was again on the front page — but the paragraphs on Green were carefully placed right after the jump in the paper in paragraphs 7, 8, and 9. The headline inside the paper was anodyne: “Family says suspect in attack may have been depressed.” The family expressed condolences for the death of Evans and insisted Green was “not a terrorist by any means.” There’s no mention of Farrakhan.

On Monday, there was no story on the crime.

On Tuesday, there was a story by Tom Jackman and Emily Davies buried in Metro on page B-8. The motive came up briefly in paragraph 10, with a repeat of the family saying he was “not a terrorist,” but there was no Farrakhan mention.

On Wednesday, the story by Tom Jackman was again buried in Metro on page B-6. This was the most verbiage spent on Farrakhan — in paragraphs 7, 8, and 9 — because they allowed the Nation of Islam to defend itself intensely:

On his Facebook page, Green made multiple references to his interests in the Nation of Islam. On Tuesday, the Nation issued a statement on behalf of its leader, Minister Louis Farrakhan, which said Green was “not a registered member of the Nation of Islam.” The statement said it appeared Green had begun studying to become a member in the summer, but did not complete the process.

The statement noted that the Nation “has no history of violence against the government,” and offered its sympathy to the victims and their families. “We have held four national marches, including the historic 1995 Million Man March. … We had a good working relationship with the U.S. Capitol Police during each of these historic events.”

Green did make a donation to the Nation of Islam, the statement confirmed, and his Facebook page showed a “Certificate of Completion” from the Nation. “This certificate does not establish that the donor is a member in good standing in the Nation of Islam,” the statement said. The Nation said Green’s use of an automobile as a weapon, and possession of a knife, “violates our teachings. We absolutely disavow this act that resulted in the senseless loss of life.”

On Thursday, we’re back to no story.

So there are only three stories that mentioned Green’s fandom for Farrakhan — it was never mentioned in a headline, and was routinely buried in late paragraphs on an inside page. That’s how you downplay an angle you do not like one bit.

After Months of Lying and Refusing to Visit the Border, Joe Biden Calls Border a “Crisis” (Video)
No, Modern Policing Did Not Originate with Slavery
Yes, The US Intelligence Community Routinely Lies
Chris Cuomo says police reform will happen only after ‘white people’s kids start getting killed’
George W. Bush pushes ‘gradual’ pathway to citizenship for illegal immigrants