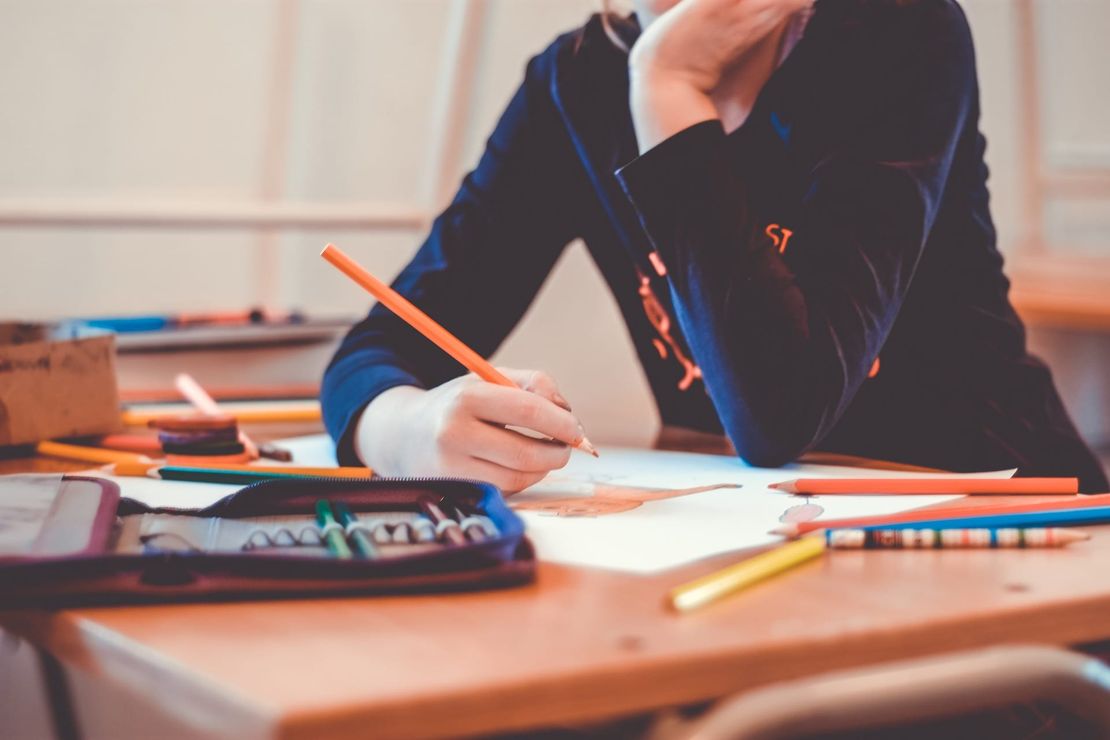 Public schools should have a single primary goal: to provide children the skills they need to become responsible adults. Unfortunately, the Biden administration is turning schools into religious institutions to teach the catechism of the Church of Woke™. This secular religion redefines original sin as America’s history of slavery, the stain of which will never fade unless the institutions established by the Founding Fathers are destroyed.

Because America has never really had a durable class system, by the 1960s, the radical left figured out it was easier to divide us by our immutable characteristics based on our history. Now, the Biden Department of Education is prioritizing this catechism by prioritizing grants to public school districts that implement curriculum based on critical race theory, anti-racist principle, and the debunked rewriting of American history in “The 1619 Project” into their civics curriculum. Under the new proposed rule:

Under the first priority of this rule, the DOE would consider applications for grants that “propose projects that incorporate teaching and learning practices that reflect the diversity, identities, histories, contributions, and experiences of all students create inclusive, supportive, and identity-safe learning environments.” Applicants would be encouraged to note systemic marginalization, biases, inequities, and discriminatory policy and practice in American history; and create inclusive, supportive, and identity-safe learning environments.

The second priority of the proposed rule would promote information literacy skills. It cites an article by the American Federation of Teachers that encourages students to “learn how to gather and evaluate sources of information, and then use evidence from that information to develop and support their ideas and advocacy positions.” One could reasonably conclude from this sentence that the AFT, and by extension the Biden administration, advocates for students to embrace the logical fallacy of attacking the source instead of the information itself, while also engaging in activism in their primary education years.

While these grants are small, the principles of the proposed rule will influence the Civics Secures Democracy Act. This legislation provides $1 billion a year for six years to spend on history and civics education. According to Stanley Kurtz, the principles of “Action Civics” are already written into the bill:

Action Civics conceives of itself as a living laboratory in which mere civic theory is put productively into practice. Students, it is held, best acquire civic know-how through direct political action, for example by protesting in favor of gun control or lobbying for legislation to address climate change.

Kurtz notes the reason for concern:

Yet what distinguishes classroom-based protest and lobbying from manipulation of a student’s untutored prejudices in the service of a teacher’s or a school’s political agenda? In practice as well as theory, the answer is “far too little.” As one observer rightly put it: “When ‘action’ proceeds from unexamined assumptions, the result is not learning, but indoctrination.”

The pandemic has put the radical-left bent of the public school system on full display. Whether it’s parents overhearing the classroom discussions on Zoom or the demands made by teachers’ unions, it is clear the radical left has captured the institution. Even private schools are affected. Andrew Guttman, the father of a fourth-grader at a private school in New York City, Brearley, which costs $54,000 a year to attend, pulled his daughter from the school because of the woke curriculum. In a letter to fellow parents and administrators, he tore apart the radical curriculum. It is worth a read if you have children or grandchildren in public school.

Bret Weinstein, the exiled professor who was chased off the campus of Evergreen University by activist students who have captured the administration, warned that the same radicalism is about to spill over into society generally. The speed with which this has happened since Weinstein’s resignation in 2018 is astonishing. Journalist Christopher Rufo reported that anti-racist and critical race theory concepts are being used in Philadelphia public schools to talk to children as young as four about the Derek Chauvin verdict:

The lesson plan, produced by Philadelphia’s Office of School Climate and Culture, instructs kindergarten through second grade teachers to encourage students to discuss “what happened to George Floyd and the goals of the Black Lives Matter movement.”

Finally, the teachers are asked to discuss the “Pyramid of Hate” with the children as young as four years old, teaching that “our society” is built on “biased attitudes,” “systemic discrimination,” and “bias-motivated violence,” which can lead to “genocide.”

The Biden administration prioritizes this type of curriculum through the proposed rule, and it could have significant funding behind it if the appropriations legislation passes. The Obama administration used funding as the carrot to “encourage” schools to implement the failure known as Common Core. The grant money is the beginning of the same strategy with this curriculum.

Republican-led states need to begin thinking of methods to let parents decide how to spend their child’s school funding. Most often, systems such as vouchers and education savings accounts have a household income cap or other conditions attached. These are options that need to be available to all parents to innovate within their communities and find ways to cooperatively provide a traditional liberal education that prioritizes critical thinking and skills acquisition. This should be in an environment where viewpoint discrimination is prohibited, individual achievement is rewarded, and respectful discussion of complex topics is nuanced.

The only way to stop the insanity gripping our public schools is to starve the beast. Placing all parents in charge of the dollars used to educate their children is the most expedient way to provide the competition required to get the public school system back to the business of education, not indoctrination.

New Jersey high school teacher suspended over profanity-laced online argument with black students about George Floyd
People Have Gotten ‘Institutionalized’ by COVID
How a Small Midwestern City Was Smeared in the Unaccompanied-Minors Debate
If Colleges Are Going to Require COVID-19 Vaccines, They’d Better Be Liable for Side Effects
Boomers Eclipsed