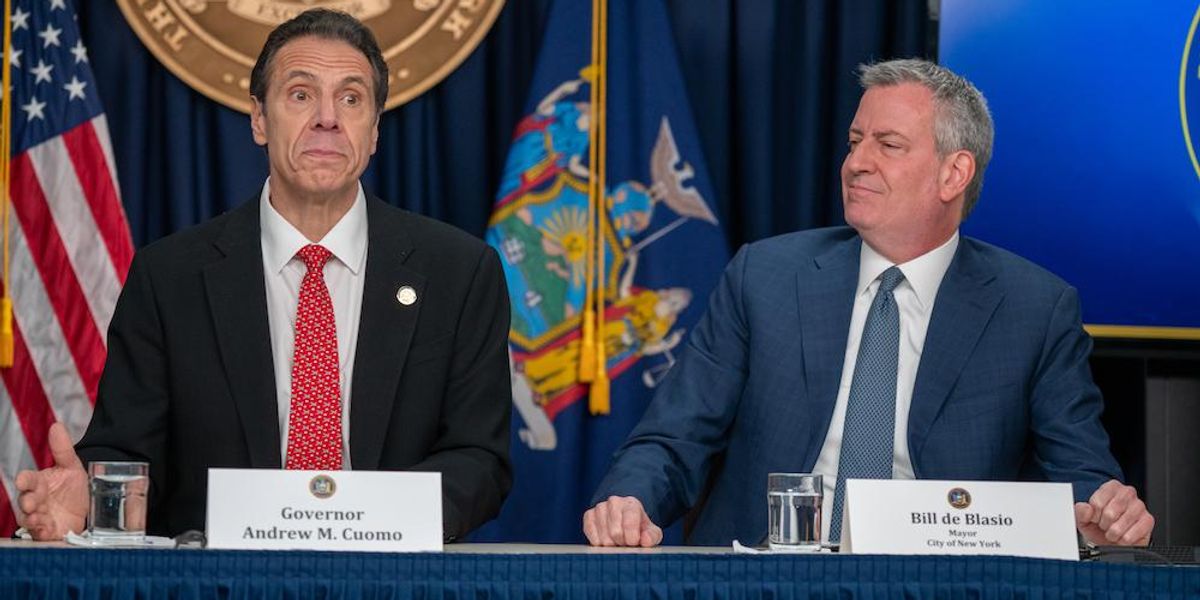 On Monday, de Blasio doubled down on his vow to get the city up and running again this summer.

Hizzoner declared Thursday on MSNBC that the Big Apple planned to end all pandemic restrictions on restaurants, retail, and other businesses on July 1. The mayor cited that more than 6.3 million residents had been vaccinated already and that daily COVID-19 infections and deaths were on their way down.

“Our plan is to fully reopen New York City on July 1,” de Blasio said. “We are ready for stores to open, for businesses to open, offices, theaters, full strength. People have gotten vaccinated in extraordinary numbers, 6.3 million in New York City to date.”

But Cuomo — the one man in the state with the actual power to end COVID-19 restrictions — knocked his archnemesis’ goal, the New York Post reported.

“I don’t want to wait that long,” Cuomo said. “I think we can do it before that.”

De Blasio press secretary Bill Neidhardt told the Post, “I don’t care what a serial sexual harasser and assaulter and someone who covered up the deaths of thousands of people at nursing homes has to say about anything.”

On Monday, despite Cuomo’s mockery about his reopening goals, de Blasio took to the airwaves to repeat the July 1 reopening plan.

“Look, we are going to be ready July 1,” he told Spanish-language TV network Telemundo’s morning show, “Hoy Día,” the Post said. “Eight weeks from now, New York City is going to come back, because we are making incredible progress.”

“New Yorkers want a reopening, and they’re actually doing something about it, going out and getting vaccinated in extraordinary numbers,” the mayor continued. “This is going to be an amazing summer in New York City, it’s going to be an exciting summer, and we’re going to be ready for it.”

The Empire State’s COVID-19 positivity rate over the weekend dropped below 1.5%, the Post reported, which is the lowest since October. And the five NYC boroughs’ seven-day positivity rate was just 1.78% as of Saturday.