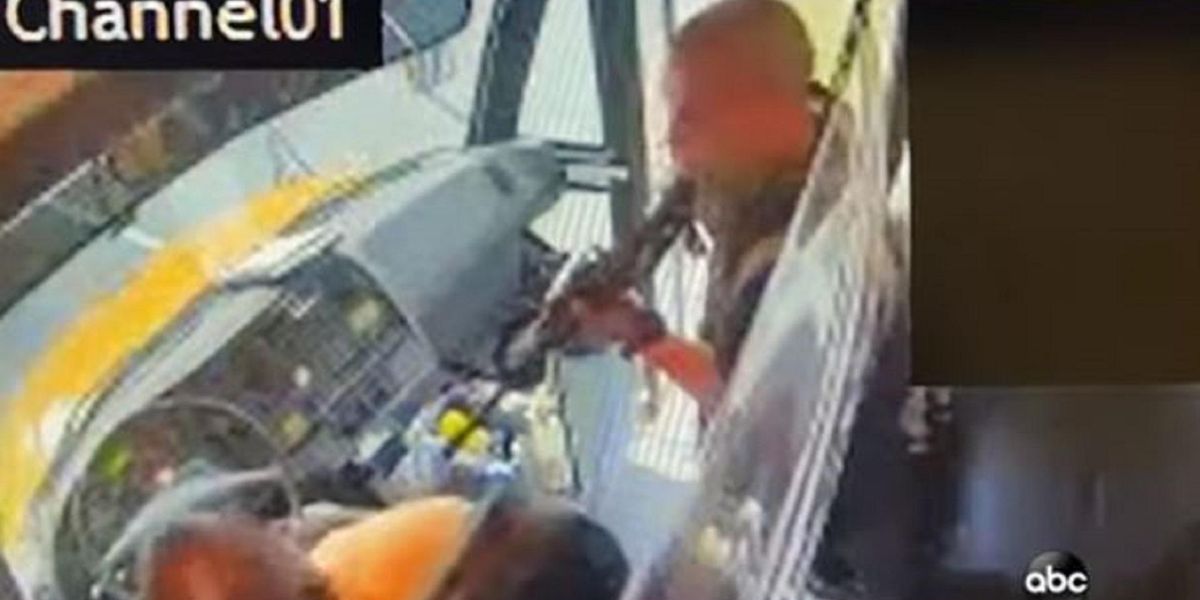 None of the 18 children on board were physically harmed in the incident, nor was the driver of the bus — who was held at gunpoint by the hijacker. The suspect, Pvt. Jovan Collazo, has been arrested.

Fort Jackson base commander Brig. Gen. Milford Beagle Jr. told the media that Collazo, 23, disappeared from his unit around 7 a.m., and it appears he scaled a barbed wired-topped fence in his escape from the fort.

Task & Purpose reported that Collazo “took his Army-issued M4 carbine, but he did not have any ammunition at the time because he was till in the early stages of basic training.”

Collazo made it to nearby Highway 77, but after failing to hitchhike further away from the South Carolina post, he decided to take over a school bus during a stop.

“After all the kids got on the bus, the trainee got on the bus dressed in his PT clothes and with a rifle and told the bus driver he didn’t want to hurt him but he wanted him to drive to the next town,” said Richland County Sheriff Leon Lott during a news conference. “So the bus driver started driving.”

Lott described what has been deduced so far from investigating the incident:

“The trainee brought the kids to the front of the bus. The kids started asking lots of questions to the suspect, if he was going to hurt them or the bus driver. The suspect got a little frustrated. The bus was stopped close to where we are standing right now and that’s when the kids and the bus driver got off the bus.”

Collazo then drove the bus a few miles down the road before ditching the bus and his weapon. He was arrested soon after.

ABC News later reported that Collazo has been charged with 19 counts of kidnapping, armed robbery, carjacking, and other charges.

Collazo had arrived at Fort Jackson in mid-April and was in the third week of basic training, according to a Fort Jackson statement.

Sheriff Lott credited the bus driver for keeping his cool and thinking of the best interest of the children in his care during the terrifying situation, saying of the driver, “I will tell you: His main concern was the safety of those kids and he did his job.”