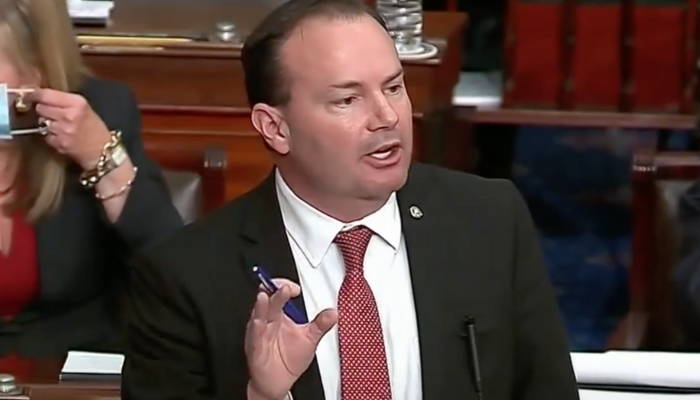 Lee raked fellow politicians over the coals for either being blind or bought out. He gave the keynote speech at the American Antitrust: Reforms to Create Further Innovation and Opportunity event hosted by NetChoice. Lee specified that one of the biggest obstacles to actually regulating Big Tech to reflect a fair and free market is bribery of conservatives: “At this point, the only people who still argue that there’s no reason to be concerned about competition in Big Tech are the ones paid by Big Tech to say so.” Lee made abundantly clear that the game has changed and American politicians need to wake up to the reality of Big Tech’s stranglehold on markets and politicians:

“[A]s we’ve seen, the idea that Big Tech operates in a functioning free market can no longer be taken as a serious position, and the fact that Big Tech doesn’t have a standing army is cold comfort. Who needs physical force when you can control the public’s patterns of speech and thought and commerce?” 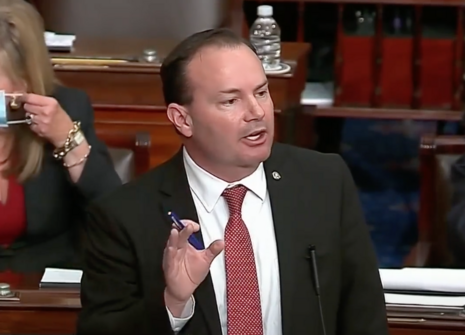 The senator then invoked one of America’s founding fathers to show how far America’s standards of sovereignty have fallen. “Benjamin Franklin worried that Americans might one day sacrifice liberty for security,” he said.

Lee also illustrated the danger of Big Tech’s ability to buy the favor of politicians:

“When well compensated lobbyists and their nonprofit proxies attempt to pervert conservative economic and legal philosophy into a defense of Big Tech monopolists, antitrust policy and consumers suffer. This is what happens when conservatives are told that we just have to live with the status quo.”

Lee illustrated that Big Tech’s clear contempt for millions of conservatives is proof that platforms don’t fear any free market alternatives. “Censoring your users’ speech is something that you can get away with only when you know that your customer base doesn’t have anywhere else to go,” he explained. “No business would treat its customers with the prejudice and disdain shown towards conservatives by Big Tech, and, unless that business were confident that it was the only game in town.”

NetChoice’s official page for the event described the summit as “journey discussing reforms that could further innovation and opportunity.” Protocol summarized Netchoice as a “right-leaning lobbying group” that “counts Big Tech companies like Amazon and Google among its membership.”

MRC Free Speech America’s Big Tech Report Card gave Big Tech an abysmal “F” grade rating for censorship across multiple platforms, conveying that “By almost any measure, the first three months of 2021 were the worst ever for online freedom.”

Conservatives are under attack. Contact your local representative and demand that Big Tech mirror the First Amendment while providing transparency, clarity on “hate speech” and equal footing for conservatives. If you have been censored, contact us at the Media Research Center contact form and help us hold Big Tech accountable.